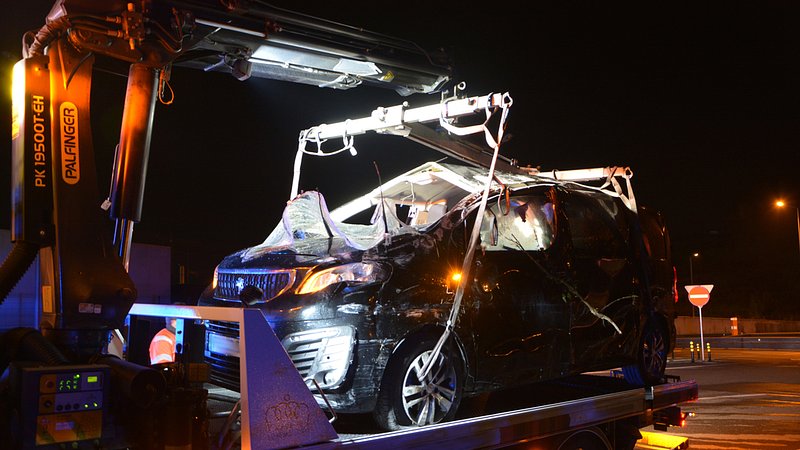 A fatal accident occurred at the Porte des Sciences roundabout in Esch-Belval last night. The vehicle contained nine passengers, of which a 20-year-old woman died.

According to the authorities, the driver had lost control of the vehicle shortly after the Micheville tunnel and hit the guardrail. The large SUV then flipped, ending up on the roundabout. Several people were ejected from the vehicle, while the front seat passenger, a young woman from the Netherlands, died on the spot. She was 20 years old.

Another young woman was trapped inside the vehicle and had to be rescued by the emergency services. Two other passengers were seriously injured and required emergency surgery.

The other six victims suffered minor injuries and were taken to hospital for examination after receiving first aid at the scene.

The public prosecutor's office has now launched an investigation into the accident. The road was closed to traffic until almost 5 am, which is the time it took for the emergency services to intervene, remove the vehicle and make initial observations.

© Police
© Police
© Domingos Oliveira / RTL
The photos published on this site are subject to copyright and may not be copied, modified, or sold without the prior permission of the owner of the site in question.
Most read
More news