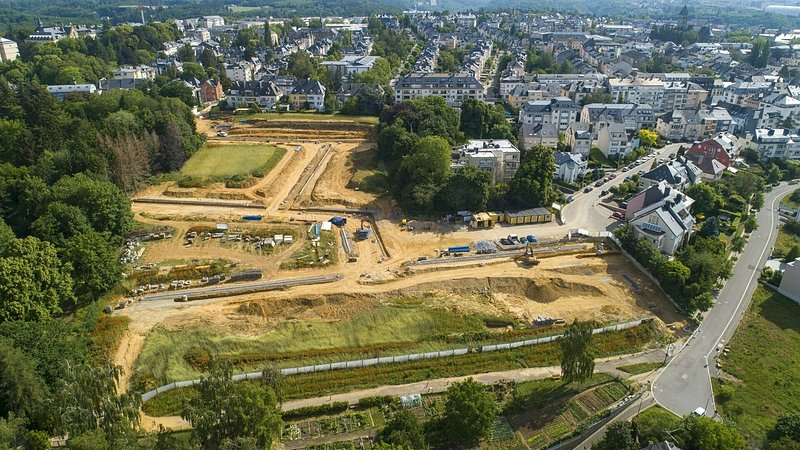 The lack of available housing in Luxembourg has led to steep house prices, leaving many unable to afford their own home.

A new study by researchers at the University of Luxembourg has pinpointed the reason behind the country's housing affordability crisis. According to the report, property developers and landowners knowingly develop a minimal amount of land - far less than they could - in an attempt to maximise wealth.

In an interview with RTL, Luxembourg Institute of Socio-economic Sesearch and London School of Economics researcher Antoine Paccoud explained that the proportion of land set aside for constructing houses represents a minimal percentage of that which is available to developers and private landowners. This is a strategic decision, according to Paccoud, as less than 0.1% of the population owns around half the available land in the Grand Duchy. The amount of state-owned land in comparison, for example, is extremely low.

The study recommends heavily taxing those who are voluntarily blocking the use of land in order to resolve the housing crisis in Luxembourg. Land voluntarily blocked to drive up prices should be more heavily taxed. The property tax could also be brought up to the level of neighbouring countries, but Paccoud underlined that such taxes should only target those who own a lot of land, rather main residences or landowners putting aside land for their children, for example.

Paccoud also touched upon the distinctly Luxembourgish phenomenon which allows landowners to develop construction projects themselves. Although this does not pose a problem in itself, it demonstrates that the pace of building production remains in the hands of private individuals, said the researcher.

The report concluded that municipal councils very rarely oppose the interests of landowners, and recommended that municipalities should develop a strategy with this in mind, using options such as the right of pre-emptive action in purchasing. However, the Grand Duchy's housing crisis does not stop at its borders - the study recommended introducing an open dialogue with Belgian, French and German counterparts and policy makers to establish a common strategy.

The study was based on over 50 references, as well as extracts from interviews with numerous representatives from the housing sector. An independent promoter is quoted as saying "You don’t really want to talk about it, but you can’t hush it up. That’s the problem.", while a government official interviewed in 2019 said "The housing crisis is a NON-topic; real politics aim at deepening the problem rather than solving it."