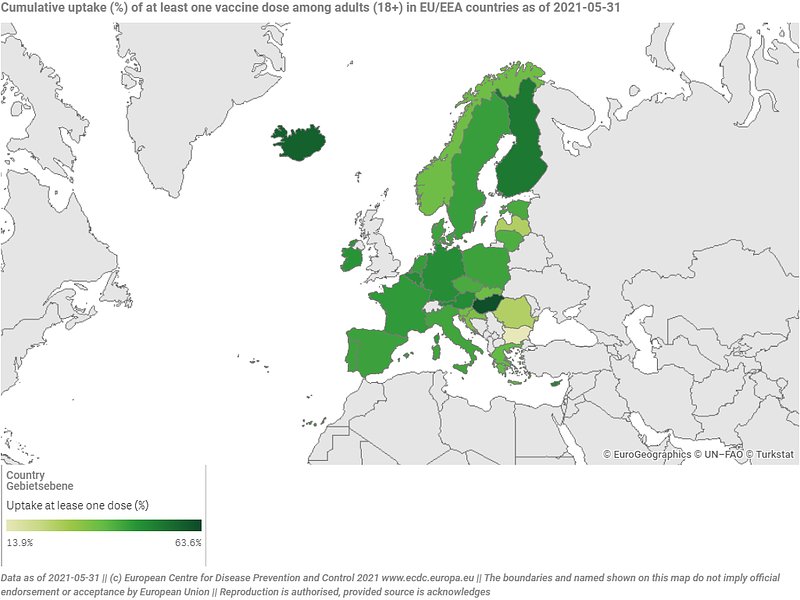 The coronavirus vaccination campaign in Luxembourg is going at a similar pace to the EU average, according to figures from the European Center for Disease Prevention and Control (ECDC).

According to the latest data, 44.1% of all EU adults above the age of 18 have received at least one jab. In Luxembourg that figure is 44.2%.

The European tracker is slightly behind official government figures, however. For example, Friday's report published by the Ministry of Health indicates that 225,549 people have received at least one dose, with 109,217 people fully inoculated, while ECDC figures only show 212,666 first doses.

In terms of "full vaccination" however, Luxembourg ranks above average with 23% of the country's adult population.

In terms of age groups by reporting week, the graph below illustrates how essential workers (mostly between 25-49 and 50-59 years of age) were prioritised at the start of the campaign. With time, this shifted towards the elderly and more vulnerable members of society, before the proportion of doses administered gradually moved back to younger age groups. 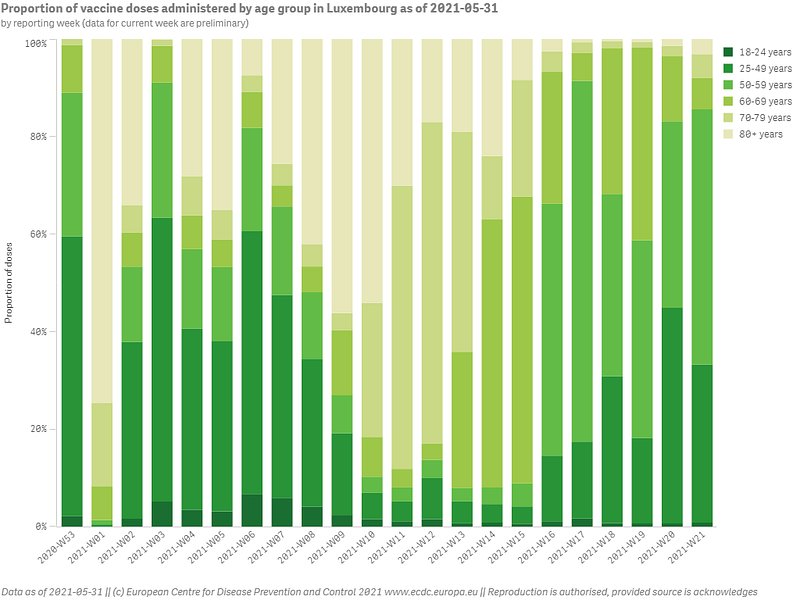