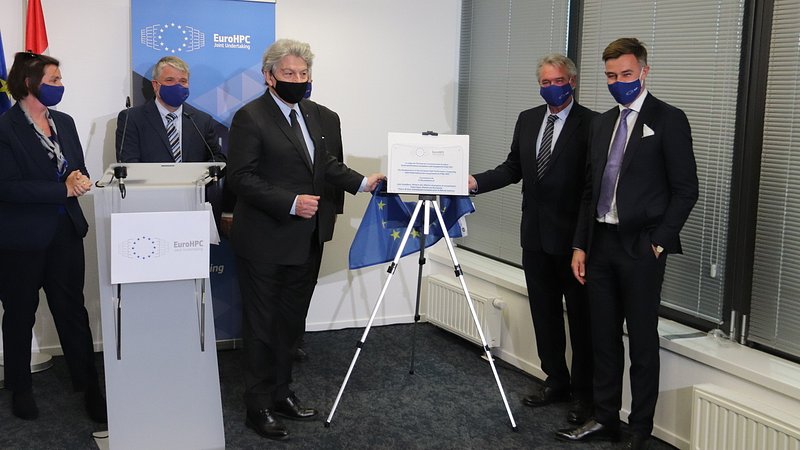 On Monday, Thierry Breton paid a visit to the Grand Duchy to inaugurate the headquarters of the European High Performance Computing Joint Undertaking (EuroHPC), which has now officially opened in Luxembourg.

The European Commissioner for the Internal Market used the opportunity to address the vaccination campaign in the union. He expressed his optimism that member states will be able to have 70% of their adult population vaccinated by the middle of July.

Breton further announced that by the end of the year, the bloc will be able to produce three billion doses per year across 53 manufacturing plants. He finally underlined the importance of ensuring a global vaccine distribution and being prepared for new coronavirus mutations.

The establishment of EuroHPC in Luxembourg consolidates the position of the Grand Duchy as the seat of European institutions and bodies, and in particular of its digital hub, according to a press release.

It looks as though the so-called European "green certificate", which displays vaccinations, anti-bodies, and negative test results, is likely to be introduced. EU officials hope to provide more freedom to people with this procedure.

The further extension of restrictions in Luxembourg will be decided on Wednesday. The current measures are set to expire on 15 May and if numbers continue to remain stable, the government is expected to relax the rules.