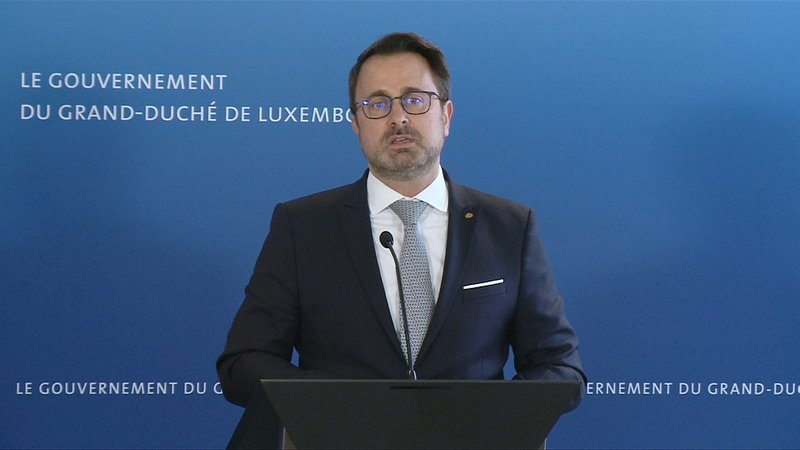 Covid measures will be extended until 15 May, after which some restrictions may be loosened or lifted, according to the ministers.

Both the sports and culture sectors may see a reopening in stages, while the Covid laws will be amended to establish clearer definitions for restaurant terraces.

The situation in the Grand Duchy is stable, but infections and hospitalisation are still higher than was ideal, said Bettel.

In terms of wastewater analysis, the country is experiencing similar levels to that of summer 2020.

The prognosis is cautiously optimistic, although patients are spending longer in intensive care at present. 85 people are undergoing regular hospital care as of Friday, with 30 in intensive care.

The Prime Minister also addressed the AstraZeneca controversy, stating that Luxembourg will continue to administer the jab in accordance with advice from the European Medicines Agency and Luxembourg's Superior Council of Infectious Diseases.

The latter published a statement on Friday advising the vaccine be administered to those aged 54 and under with no existing medical conditions.

Bettel said he did not believe in withholding vaccines, and reiterated that the risks are low compared to the virus itself.

Starting next week, people aged between 30 and 54 will be able to register for the AstraZeneca vaccine on a waiting list. Bettel said he himself intended to volunteer for the jab.

The Johnson and Johnson vaccine is awaiting the green light from the EMA. Luxembourg received its first delivery earlier this week, but no further shipments are planned as it stands.

Biontech/Pfizer has advised they expect to deliver 307,710 doses by the end of June, according to Bettel. However, the premier was wary of providing exact dates, stating they were subject to last-minute changes at any time.

The vaccine uptake ratae in Luxembourg currently lies at around 72%.