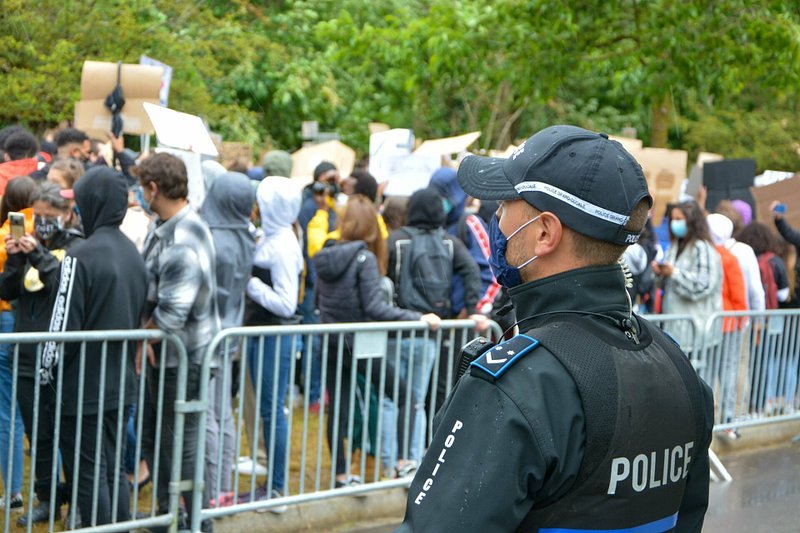 The 'Wunnrecht' coalition, which is made up of several trade unions and associations, took to the streets of Luxembourg City on Saturday afternoon.

The protesters started off at the Central Station at 3 pm and march to the Place d'Armes on Saturday afternoon.
From the Gare district, the participants crossed Avenue de la Liberté and the Adolphe Bridge before heading into the city centre via Rue Philippe II.

This national demonstration called for access to dignified and affordable housing, as reflected in the long list of demands published by the coalition.

It included the demand for construction of 30,000 affordable housing units for those on low incomes, and an 'emergency' construction of up to 4,000 social housing units. They also called for a ban on rent increases until the end of the pandemic, and an extension of the moratorium on evictions.

This event took place in context of the European Day of Action for the Right to Housing. Although we do not have information about the number of participants at this time, the organisers insisted that health restrictions (wearing masks, distancing) would be respected. 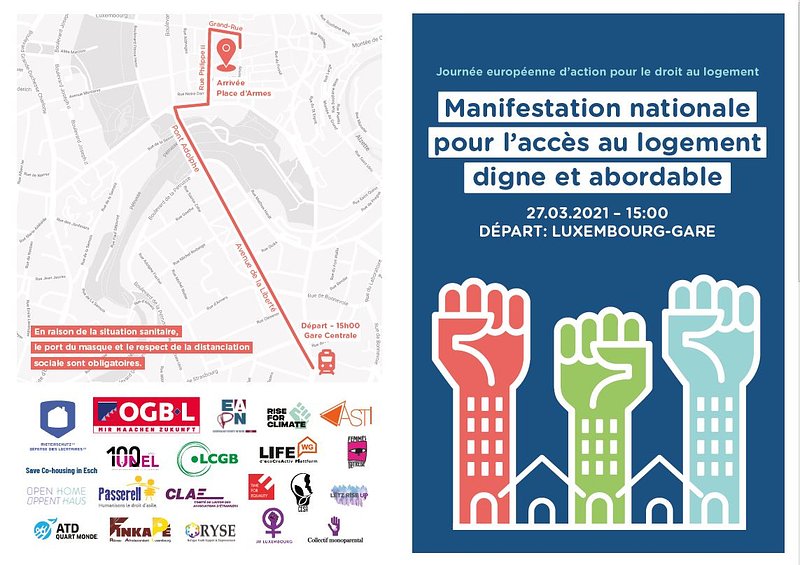