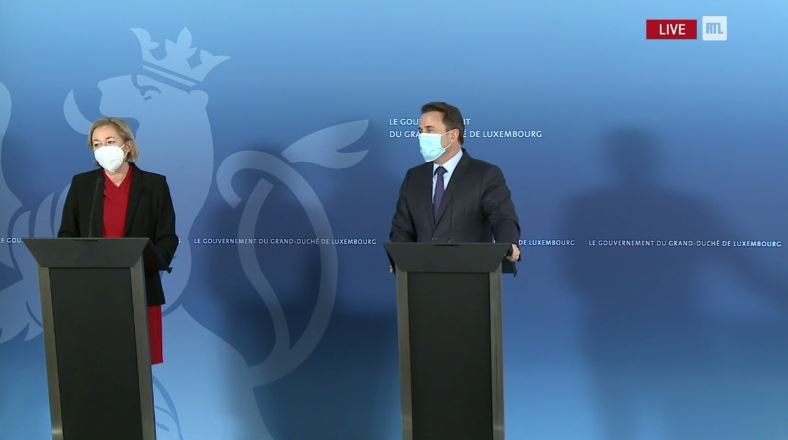 Prime Minister Xavier Bettel and Minister of Health Paulette Lenert offered a shred of hope to the hospitality sector in a press conference on Friday, despite the announcement that restrictions would be extended a further two weeks.

The current measures which were due to expire on 21 March will now be extended to Friday 2 April, said Bettel - however, the government is hopeful that some sectors, including Horesca, will be allowed to reopen under certain conditions from this date.

The ministers also gave further details on planned vaccine deliveries over the next month. If the deliveries remain on track, 73,000 more residents could be vaccinated in April.

Luxembourg's Covid situation is somewhat stable at present, although infections have risen slightly over the past week. Now it seems citizens must endure the restrictions for another month, in order to take steps back towards normality at Easter.

Restaurants and bars could be allowed to reopen for Easter weekend, albeit with sanitary restrictions, in what will surely come as a relief for the much-beleaguered sector.

However, Bettel was quick to warn against celebrating too early, stating that normality is still a long way off. The reopening is dependent on infection figures and the stability of the current situation across the country and within the medical sector.

Sports and cultural activities could also see a loosening of restrictions in April.

The vaccine campaign continues, although it is heavily dependent on deliveries of the three different vaccines in use. Bettel said there were large sums of doses expected in April, with 95,940 forecast from Pfizer/Biontech, 42,530 from AstraZeneca, and 8,400 from Moderna.  However, he warned that deliveries were subject to last-minute changes and reductions, citing this week's batch of 9,000 doses, which was slashed by a third.

Phase 2 of the campaign began recently, with two rounds of invitations issued to people aged over 75, as well as high-risk citizens. The government has also approved the rollout of the AstraZeneca vaccine to people aged over 65. A further 11,000 invites will be issued this weekend in light of the decision.

Around 7,000 people have attended their vaccination appointment from the phase 2 group. Of the 36,000 doses delivered, 13,400 people have received a reminder to book their appointment. Bettel explained there were around 3,800 doses left over. 86% of elderly people living in retirement homes have now been vaccinated, with the care home campaign expected to end in a fortnight.

Paulette Lenert added that the reproduction rate had dropped below 1%, in spite of the 6% increase in new infections. Rapid tests are also due to be added to the large-scale testing campaign and will be rolled out in schools and care homes over the next fortnight.