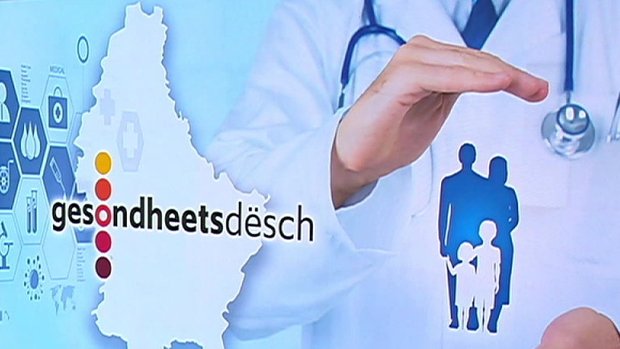 The so-called "Gesondheetsdësch" was launched one year ago, prior to the pandemic. The first preliminary results of the work done in the individual task forces were presented on Tuesday morning.

The cooperation between hospitals and outpatient structures as well as the improvement of the relationship between service providers and patients had already been discussed previously. The main goal in this area is to simplify the procedures. The same goes for the cooperation between the different healthcare professions. It is planned to promote the different professions, especially also in the context of domestic medical education. These measures are expected to prevent staff shortage within the sector.

The first three task forces drew up a total of 13 different projects:

Self-employed medical professionals should have the option to come together and found an enterprise. This could lead to bigger and modernised medical structures. Minister of Health Paulette Lenert stressed that while the structures will have a commercial basis, their purpose will unambiguously be a civil one.

The "Collège Médical" and "Conseil Supérieur" of some occupational groups are to be reformed, mainly to enable them to better express their interests to politicians.

Another important point concerns reforming professional areas of responsibility, particularly regarding nurses. The training is also to be adapted and it is being considered to elevate it to a bachelor's degree. Discussions with employees on the field are still ongoing.

Another project proposes to conduct a general assessment of the situation in the sector outside of hospitals in order to gain a better understanding of which services and treatments are already being offered and which are missing.

Direct payments not covered by CNS

One of the most interesting projects for patients is without a doubt the "Tiers payant" or "Direct Payment" project. If implemented, the project would lead to patients only having to pay costs not covered by the National Health Fund (CNS), i.e. patients would no longer have to submit a reimbursement request to the CNS, which would instead pay doctors directly. This project is expected to be implemented by 2023 in the context of an overall digitalisation of the healthcare sector. Minister of Social Security Romain Schneider stressed that a majority of participants in the "Gesondheetsdësch" demanded the implementation of this particular project.

Follow-up work is now to be done in the three task forces dealing with prevention, the future of medicine, and the funding of the healthcare system.