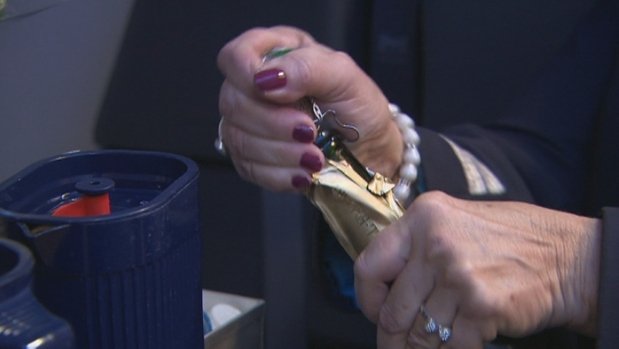 Two MPs from the Democratic Party and three from the Christian Social People's Party, all from the Grand Duchy's Eastern district, posed this question to the ministers for mobility and agriculture.

The MPs allude to a rumour that Luxair recently stopped serving Luxembourgish sparkling wine (crémant) on its flights, and instead offers French Champagne, entitled "Cuvée Spéciale Luxair". Both enquiries have been directed at Minister for Mobility and Public Works François Bausch and Minister of Agriculture, Viticulture and Rural Development Romain Schneider.

The MPs question the choice of replacing a local product with a foreign important, given that the government is the airline's principal shareholder. They also enquire about the reason for the change, which disadvantages Luxembourgish winemakers, and whether or not Luxair plans on cutting further local products from their selection.