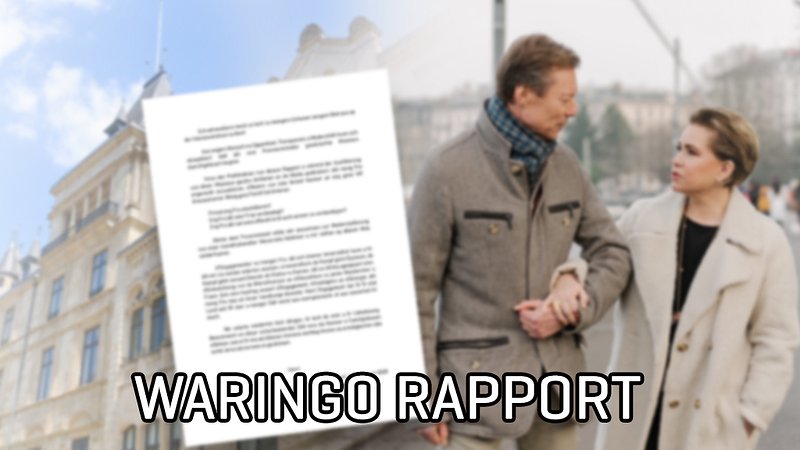 It has been one year since the release of the infamous Waringo report, published in January by Jeannot Waringo, a retired civil servant who constructed the report based on the accounts and management of the Grand Ducal Court's staff.

The 44-page report concluded that there was a general atmosphere of fear within the Court, and that 51 of a total staff of 110 resigned or were dismissed in the period between 2014 and 2019. Based on recommendations, the Court has been restaffed and there is a new administration to deal with the Court's matters. How do MPs react to the developments?

One of the reasons that led to such high dismissal was the unclear division of tasks within the Court, the report had stated. An organisational flow chart was set up to increase transparency and clarify roles and responsibilities, and according to Josée Lorsché of the Greens it was important to solve this sensitive issue of staff. Furthermore, she is content that the suggestions made by Waringo were implemented.

Léon Gloden of the CSV shares a similar opinion: "With the Court's 2021 budget we have seen that expenses related to the Court have now been listed. That is a sign of transparency", he said.

But opposition parties remain vocal in their criticism. Marc Baum of the Left argues that the fact that the administration was established using a decree instead of a legal bill was a bad start. Both the Left and CSV MPs demand further improvements and modernisation of the Court. "We also see in the recruitment process that the Court has become a bit of a 'self-service store' for the DP", Gloden argued. CSV MPs meanwhile demanded that the Prime Minister take stock of the current situation and present it to the Institutional Committee.

Jeannot Waringo noted in his report that staff at the Court were under pressure and often ill and that many people were afraid of losing their jobs. He pointed out that the Grand Duchess Maria Theresa had taken the lead in personnel management. In the new organisation chart the Grand Duke's wife is not included, however.

Left MP Baum went on to say: "It also remains unresolved in our Constitution. That is to say it is also difficult, through a grand-ducal decree or even through a law, to define the role that does not exist in our Constitution at the moment. If you want to define the Grand Duchess, then you have to go much further and of course you have to question the role of the Grand Duke."

But neither the government nor the Grand Duke would like that, said Baum.