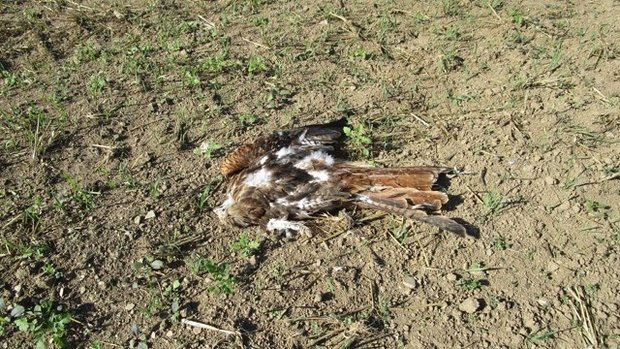 A red kite was found dead under a wind turbine in Wincrange on 8 September.

Analysis of the bird's corpse determined that its wing had been severed, most likely by one of the wind turbine's blades.

Legislation provides that during the red kite's reproduction period, all wind turbines located on fields where agricultural work takes place must be shut down for five days. In fact, by stirring up the land, agricultural work can provide these birds with a surplus of food, towards which they will rush without being aware of the blades of the wind turbines.

As the red kite is on the list of endangered animals, the environmental organisation "natur&ëmwelt" is calling for the obligation to stop wind turbines for five days in the event of agricultural work to be extended to the entire period during which the red kite is present in the Grand Duchy, and not just its breeding period.