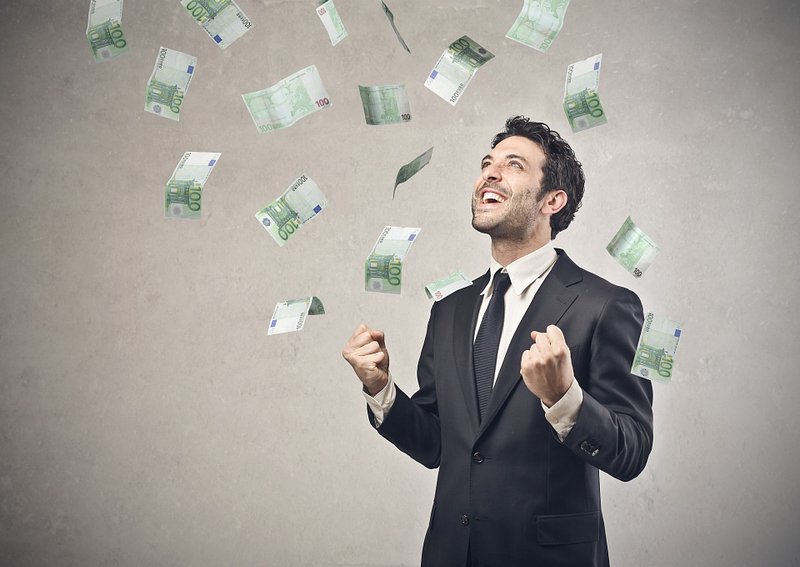 In general, the annual salary for a job in Luxembourg is very high compared to other EU Member States. But not all sectors are as rewarding. Statec provides an overview in a newly released study.

In 2018, the average gross annual salary for a full-time worker was €65,801. This amount already includes all remuneration received, including bonuses, overtime, a 13th month and end-of-year bonuses.

Wages can differentiate significantly in Luxembourg depending on the sector of activity, but is also influenced by the worker's origin, gender and studies. These parameters are summarised in the graph below, published on Friday by Statec: 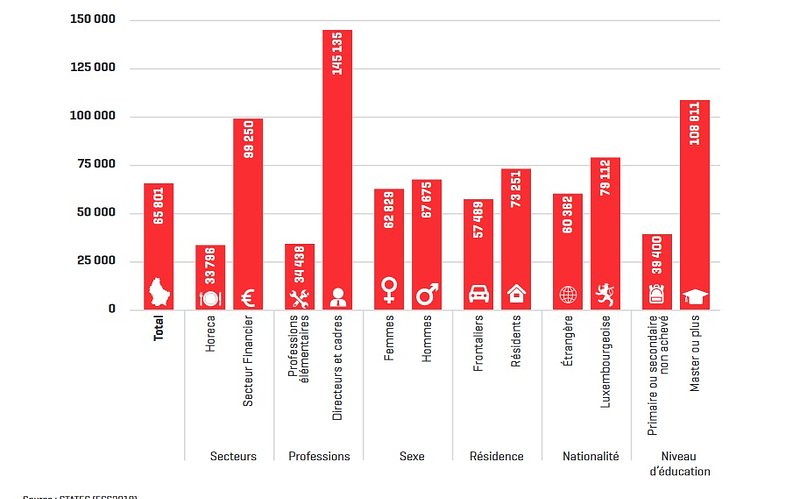 The financial sector is three times more profitable than the hospitality industry. Financial activities and the insurance sector remain at the top, with an average salary per full-time equivalent of €99,250, followed by education with €98,835.

Then come specialist, scientific and technical activities with €88,721 and the public administration sector with €86,582. The lowest wages are paid in commerce, construction, administrative and support services (cleaning, security, etc.), and hospitality.