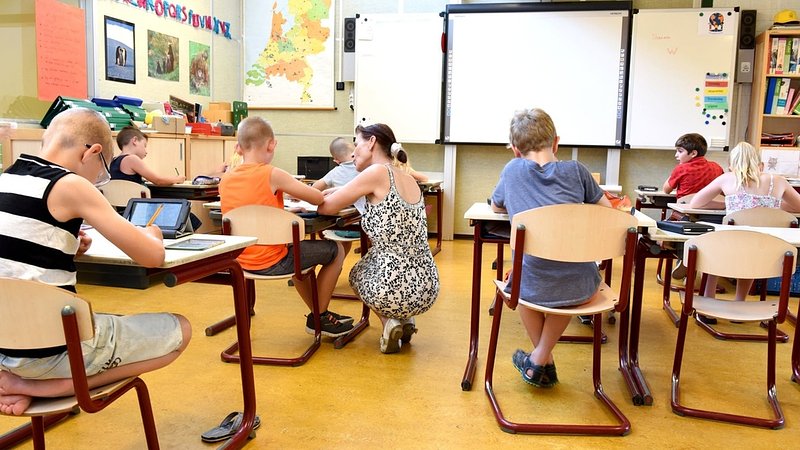 Many parents, teachers and pupils have concerns over September's return to school against the backdrop of coronavirus. A report has been put together to address these concerns by a team of scientists and educators, with details on health measures and school organisation.

Ministers Claude Meisch and Paulette Lenert presented the report's findings during press conference earlier on Friday, supported by Laetitia Huiart of the Health Directorate and the University of Luxembourg's Paul Wilmes.

Following opening remarks by Minister of Health Paulette Lenert, Paul Wilmes was first to delve into the findings of the report. Key among these was the fact that children appear less susceptible to the virus as compared to adults. Wilmes explained that, in reaching this conclusion, data gathered in Luxembourg was at the core, but this was further strengthened by drawing on global statistics.

According to Wilmes, the data showed that the risk of infection among children and young people (ages 0 to 18) was considerably lower than amongst adults, with a 0.03% global death rate for this age category. As one would expect, this also means that young people who contract the virus tend to experience fewer complications, and the hospitalisation rate is lower. In addition to Luxembourg, the team looked closely at data on outbreaks in France, Sweden, Israel, and Australia.

They noted that Sweden, in particular, has followed a relatively lax approach to the virus as compared to other countries, and even so it was clear that schools were not a key transmission area for the virus. Another example of this is found in Australia, where a school saw 12 pupils and 15 members of staff testing positive for the virus. Despite this, only 18 secondary infections were produced, thanks to contact tracing and targeted testing.

With regard to the Grand Duchy, Wilmes presented a graph depicting cases among the Luxembourg population aged over 20 and under 18. During the first wave of the virus, the majority of cases were those aged 20 and over, rather than school-aged children and young people.

In the first wave of the virus, Luxembourg had around 40 cases per 100,000 for pupils compared to 197 cases per 100,000 among teaching staff. However in the second wave, the number of pupils with the virus rose in accordance with other sectors.

The team also analysed cases by age. In the first wave, pupils in secondary schools were more likely to contract the virus than those in primary school. This is supported by global figures, said Wilmes.

Finally, in terms of hospitalisations, a very small percentage of children and young people have been hospitalised due to the virus, with just 12 patients hospitalised aged between 0 and 14 years of age. In the Grand Duchy there have been no deaths among those aged 19 and younger.

This was further supported by Laetitia Huiart, who noted that 424 cases among pupils and teachers have been recorded in Luxembourg - but in a majority of these cases, the infection could be traced back to the pupil's family, rather than having been transmitted in school. The reproduction rate in schools, according to Minister of Education Claude Meisch, is 0.27%.

Overall, 2,711 people were placed in quarantine following links to schools, while just 152 of these tested positive for the virus. 726 of these were pupils, with just 16 positive cases.

Meisch stated that the virus could be controlled within schools using appropriate measures, and emphasised the that protecting the most vulnerable should be the priority moving forward. As such, the ministry's current goal is to allow educational activities to take place with minimal restrictions.

The minister further noted that young people are entitled to quality education, and that many pupils had not coped well with school closures and the weekly alternating schedule. That said, Meisch did not rule out a possible return to alternating weeks depending on virus developments.

Meisch said officials planned a more targeted approach to prevent the virus from spreading within schools, and data showed it was possible to isolate cases using targeted testing and quarantine.