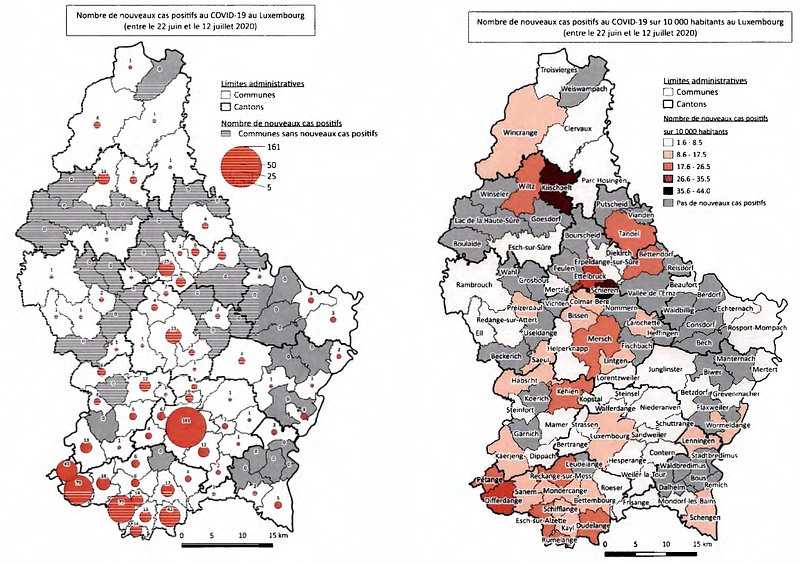 The document depicting the number of cases per municipality is said to have been published in error, according to the Tageblatt.

The Minister of Health included the map in a response to a parliamentary question raised by MP Jeff Engelen - however, it appears to have been a mistake. Previously, the government published a map depicting the cases per canton.

According to the new map, the majority of infections are based in the capital, Differdange and Esch-sur-Alzette. The map has drawn criticism from municipalities, who fear those with higher numbers could be stigmatised as a result.

On Thursday the Ministry of Health also confirmed reports that two Luxembourgish patients had been turned away from German hospitals, despite testing negative for the virus. The Ministry was forced to intervene as a result.