46% of Luxembourg residents have cancelled at least one holiday due to the pandemic. Fortunately, 65% of cancellations have not had a negative financial impact.

In a recent survey on tourism, Statec reported that the majority of costs incurred by holiday cancellations were not charged to the travellers themselves.

46% of residents have had to cancel leisure trips due to the pandemic. Deposits had been put down for 59% of cancelled stays - luckily, for 65% of cancellation cases, the would-be holidaymakers were not left worse off.

Statec reported that 36% of holidays were reimbursed in full, while 29% were replaced or postponed. However, reimbursement only covered a partial amount of the costs incurred for 14% of cancellations, leaving residents to pick up the rest. 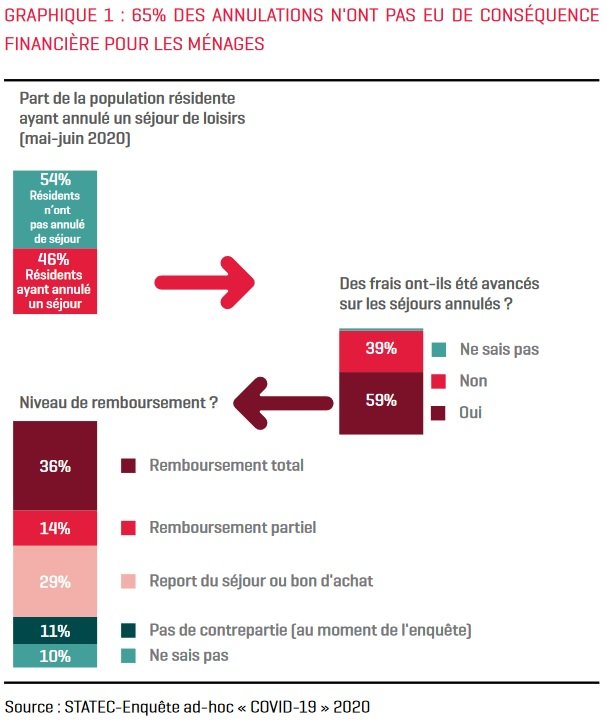 Finally, for 11% of cancelled stays, service providers are yet to compensate the residents concerned at the time of the survey.

Insurance companies covered just 2% of cases, reimbursing part of the costs. For all other holidays, residents bore the costs for 49% of cases, while for the other half, a decision has yet to be made.