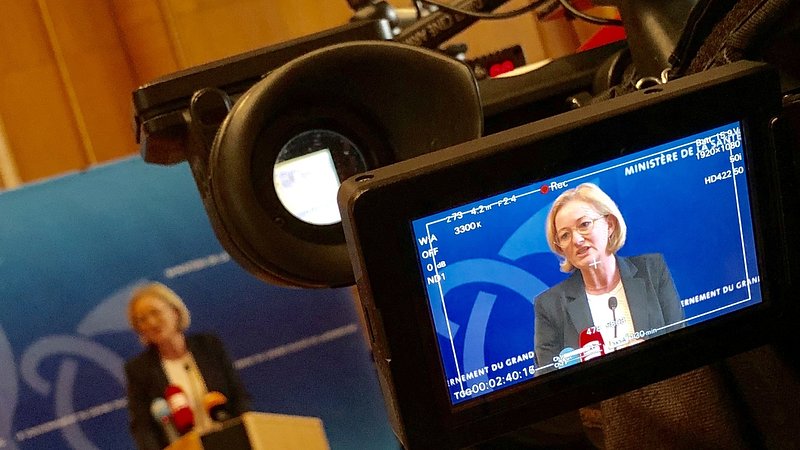 The minister of health faced the press on Thursday afternoon, recapitulating the most recent corona-related developments in the Grand Duchy in her weekly update.

Lenert's central message on Thursday was that there are few new developments. Luxembourg's numbers are slightly increasing, but the situation is not critical. We covered the live stream with ticker translations earlier.

Here is a summary of the most important statistics:

Most new infections can still be traced to private gatherings between family members and friends, where safety distances were not upheld. A larger, single family assembly was identified which caused 5 new infections, while 6 further cases stem from a religious gathering.

In the construction sector, five additional firms reported positive infections among their employees. 13 cases within the sector are all part of the same company.

The national testing strategy will be readjusted over the holiday period, focusing on preventive measures in hotels and restaurants, guest workers arriving from abroad, and people returning from vacation. Firms will therefore receive testing vouchers, which they will distribute to their employees.

Increased testing will also be introduced at Findel airport, targeting people returning from holidays abroad. Last week, 15% of travellers made use of the offer, allowing the identification of 51 positive cases. With the help of medical students, the ministry aims at encouraging people to get tested after landing.

The virus is still most present in the south of the Grand Duchy, which is why every household of the region was contacted to be tested.

A study focusing on transmission rates in schools is currently underway, with findings expected at the end of the month.

The administration will also continue its efforts to better communicate the national testing strategy and the respective results to authorities abroad, especially now that some international press have proclaimed Luxembourg to be a virus hot spot. Lenert remained positive that neighbouring Germany could still reevaluate the situation with regards to travel.