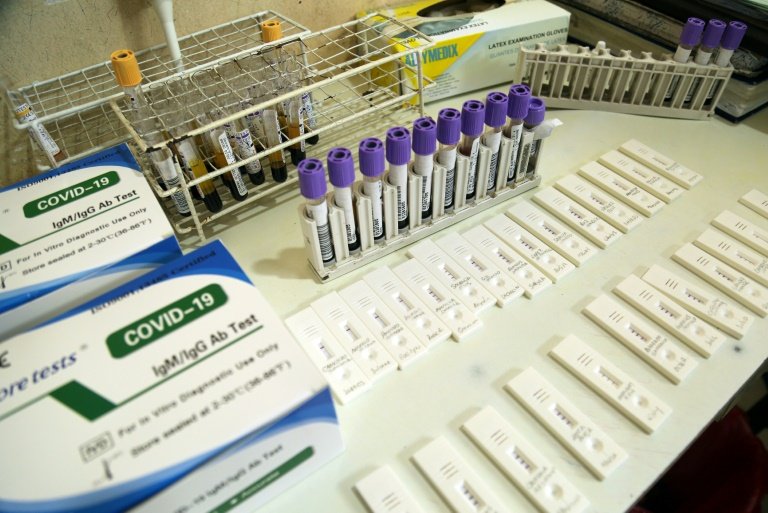 Luxembourg's director of health Dr Jean-Claude Schmit has sent an alarming letter to the country's GPs earlier this Wednesday. The letter was obtained by RTL.

In the letter, the health director explains that the regained sense of freedom unfortunately started to lead increasing numbers of people to disregard safety and social distancing measures.

According to Dr Jean-Paul Schmit, the current spike in infections is, however, linear rather than exponential. The coming days will show whether or not Luxembourg should implement new restrictive measures to bring the virus under control again. Earlier this Wednesday, Prime Minister Xavier Bettel echoed this finding when he explained that the government would meet with health experts to discuss the necessity of further measures. It is possible that a new set of measures will come into effect on Sunday.

Luxembourg is currently recording most new infections per capita in Europe. Dr Jean-Claude Schmit stressed that 18% of the positive cases can be attributed to cross-border workers. 12% of the cases were detected in the context of the large-scale testing project. He also highlighted that each patient displaying very minor symptoms can get tested. This approach to testing, he said, unfortunately leads to unenviable statistics and potential travel restrictions for Luxembourg residents.

Despite the extensive testing, the threat of a second wave is very real. Numbers of patients consulting GPs because they display symptoms are on the rise and hospitalisations have increased to 47.

The contact tracing teams are extremely busy, he explained. 1,150 infected patients have been placed in self-isolation and another 6,600 people were quarantined due to contact tracing. He lamented that in some cases the quarantine rule was disregarded.

The new wave of infections primarily consists of young adults. The average age lies at 35 (as opposed to 46 during the first wave of infections). The drop in the average age also explains the comparatively low number of hospitalisations. People who were placed in quarantine are also belonging to the younger generations. Only 5% of the individuals in question are over 60.

New infections often occur in clusters. This means that there are often at least three infections in one given location. In some cases, one virus cluster can affect a higher number of people. Dr Jean-Claude Schmit explained that this has been the case for private parties, individual companies, schools, shelters, and people who live together.

Increasing numbers of patients reportedly ask GPs for prescriptions to carry out a test without displaying symptoms. The health director explained that, as a result, labs are extremely busy. Ill patients should always remain the priority, he stressed.

Some countries now demand that travellers present a negative Covid-19 test before granting tourists permission to enter. Dr Jean-Claude Schmit argued that the national health insurance should not be made to cover the expenses for tests carried out in this context. He added that prospective tourists should contact the testing labs directly and pay for the test out of their own pocket.

The internal crisis unit of the Ministry of health has also been reactivated. The unit is coordinating efforts to prepare for a second wave.