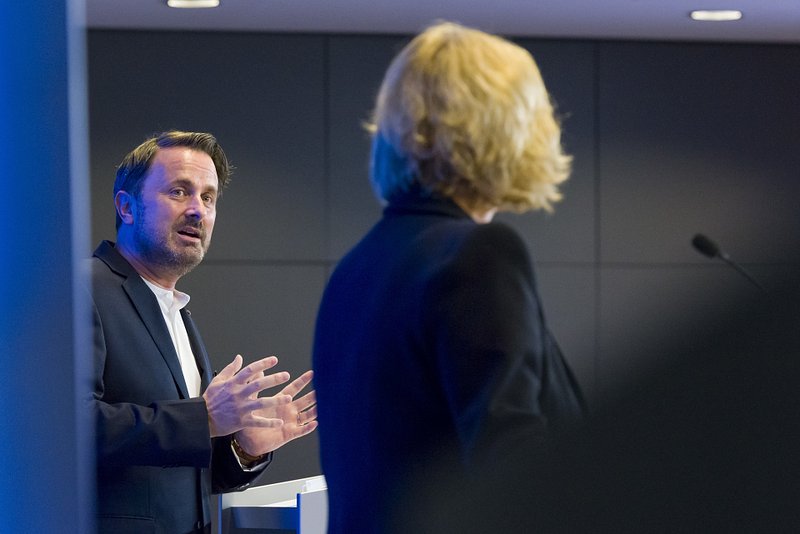 In light of the recent increase in the number of infections confirmed in Luxembourg, with 100 new cases in Tuesday's update alone, Xavier Bettel and Paulette Lenert briefed the press on the latest developments, their causes, and the government's response.

The PM stated that he will call an extraordinary state council meeting this coming Sunday, 19 July, should the number of cases keep growing over the next few days. Throughout the briefing, both Bettel and Lenert highlighted that the situation is continuously evolving, which means monitoring and potential responses must similarly be continuous.

Bettel stressed that cases are currently growing in a linear rather than exponential fashion, which is positive, but warned that this could change should the number of confirmed infections continue to grow. It is in this context that the PM may call an extraordinary meeting, in which additional measures could be called for on Sunday.

Private gatherings are the main issue - infection among young has grown

Paulette Lenert said that private gatherings are the main cause of new infections. While a couple of companies have reported more than five cases, there were no major virus clusters in this sector, Lenert said.

Birthday parties and other gatherings of friends and family remain the main source of new infections, and Lenert reiterated that physical distancing should be observed even during very small gatherings.

Lenert also noted that a majority of new infections are among younger people. While the risk of them being hospitalised is low, there is also the distinct disadvantage that younger people tend to have more social contacts, which makes the risk of transmission greater while simultaneously providing a further challenge to contact tracing.

The last few days have seen an increase in the number of countries that no longer accept visitors from Luxembourg, or that Luxembourg residents provide a negative Covid-19 test no older than 48 hours - such as Germany.

Bettel noted that the government is in touch with officials from other countries, so as to shed light on Luxembourg's peculiar situation (high testing, including cross-border workers in our statistics). The PM said the government will do everything in its power to explain how these circumstances affect our seemingly worrying statistics, to put them into some context.

On the question of being tested to go abroad, both the PM and Minister of Health noted that resources shouldn't be wasted on getting tested just so you can go on a "shopping trip to Trier." However, the PM also stressed that there is of course a difference between someone who wants to pop over the border for their weekly shop, and someone who has booked and paid for a non-refundable holiday that requires a recent Covid-19 test. Bettel said he would bring up this issue with Luxembourg's labs. In this instance, Lenert stated that the private market remains within its rights to provide tests to paying customers.

Both Bettel and Lenert were in agreement that Luxembourg's testing strategy is the correct approach to take, describing large-scale testing as a highly effective weapon in the fight against the virus. If you do not test, you can't find infections. Even if this approach means that other countries take the decision to blacklist visitors from Luxembourg, the PM stressed that the health and safety of of the public must remain a priority.

Lenert explained that 66% of all tests were carried out in the context of the large-scale testing initiative. The remaining percentage comes down to people who get tested because they display symptoms. As for positive results, less than 15% have been found through large-scale testing. In other words, those patients were most likely asymptomatic. 85% of positive tests can be attributed to patients who also displayed symptoms.

The minister further emphasised that Luxembourg has always been transparent in communicating infection numbers to European health officials. Lenert explained that the government will now only communicate, on a European level, the number of residents that test positive. Up until now, the number of cross-border workers who tested positive were also included in the count that was sent to European health bodies.