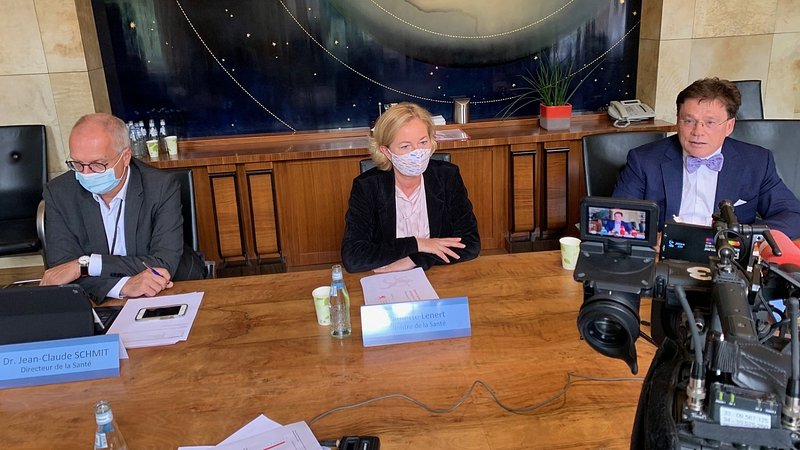 Minister of Health Paulette Lenert held a detailed briefing on Friday afternoon regarding the recent rise in Covid-19 cases.

Lenert opened the briefing with a breakdown of recent figures.

49,388 tests were held over the last week, yielding 289 positive cases. 11% of the positive results were from the large-scale testing. On average, 19 people are hospitalised per day in Luxembourg. 62% of people confirmed to have the virus recently have displayed symptoms.

57% of the newly infected patients were identified after coming into contact with a person carrying the virus. 90% of cases are Luxembourg residents, while 10% are cross-border workers.

Lenert said it was not currently considered an exponential increase in new infections, but she hoped the curve would be flattened once more. The Ministry is working alongside municipalities to identify potential hotspots.

The Minister explained they expected to know for certain in a fortnight or so whether cases would begin dropping again, or reaching a second peak. However, Lenert said she was optimistic and felt the authorities could keep the pandemic under control, so long as the public exercised personal responsibility. In most cases, new infections have been traced back to private circles of families and friends.

The majority of these do not come from "enormous" parties, Lenert explained, but from smaller gatherings of friends and family. She urged the public to limit contact in places where a 2-metre distance could not be guaranteed. One example came from a shared residence of around 20 people, in which several positive cases had been identified.

The average age of newly infected patients is 34 years of age.

Over the course of the last week, the analogue contact tracing group has succeeded in identifying 1,963 contacts of those diagnosed with the virus. Two of these are residents in a nursing home in the capital, although the staff have not been affected. A retirement home in the south of the country has one infected staff member.

Statec director Serge Allegrezza joined Lenert at the briefing to discuss a "Flash-Covid" bulletin, which the statistics service plans to publish on a weekly basis. He explained that although statistics were useful, the daily figures could be misleading, and it was better to view them as part of a more long-term perspective.