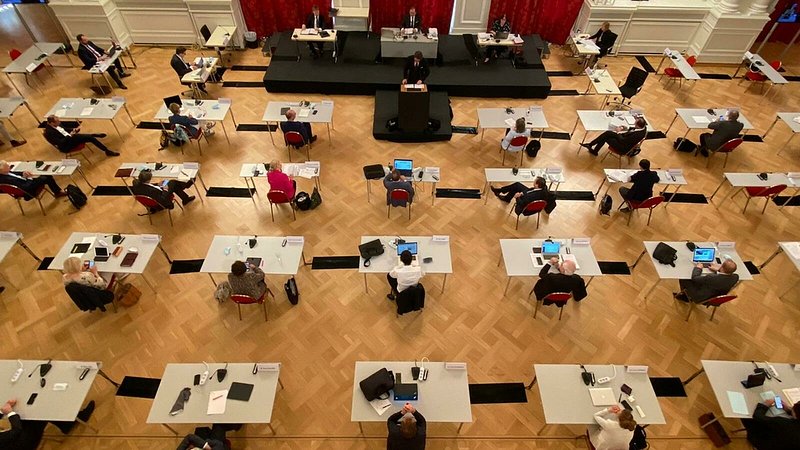 The two existing Covid-19 bills are set to become one law. MPs will have until 24 July to vote on the new bill. A parliamentary commission that was tasked with compiling a report about the bill will have to present its review before the important vote.

The authors of the draft bill are unequivocally addressing a potential second wave of virus infections. They are citing rising infection numbers to argue in favour of tightened restrictions. As a reminder, the Ministry of Health explained on numerous occasions that the vast majority of new infections occurred at private parties where physical distance and face mask recommendations were not observed.

Read more: "We may have overestimated individual responsibility": Minister of Health

The new law, which is set to combine the the previous two Covid-19 bills, introduces mandatory seating at all events (private and public) attracting more than 20 people to guarantee physical distance. If physical distance cannot be guaranteed, attendees have to wear a face mask. Hefty fines of up to €500 will apply if these rules are not respected.

The new law foresees exceptions in this context for artists and athletes. The strict rules will also not apply in schools. Masks are also mandatory for public activities that take place inside. Children under 6 are not affected by this measure. Another obligation outlined in the "Protection Measures" chapter is that each person who tests positive for the virus has to contact the Ministry of Health within 48 hours.

Bars and restaurants will still have to close at midnight. Customers must be seated and served at a table. Tables are required to be at least 1.5m apart from each other and a maximum of 10 people (unless they are from the same household) can sit at one table.

The draft law also includes an article about the much-debated forced confinement of individuals who refuse to self-isolate after testing positive for the virus. In case an infected patient refuses to isolate or receive treatment at a hospital, the Ministry of Health contacts the president of Luxembourg's District Court. The latter may then order the forced confinement of the individual in question.

The authors of the draft bill argue that the proposed measures are due to the very tangible risk of a second wave of infections. As such, they are hoped to prevent hospitals from getting pushed to their limits. A commission from the Ministry of Health will come together with Paulette Lenert to discuss the new draft bill on Tuesday morning.