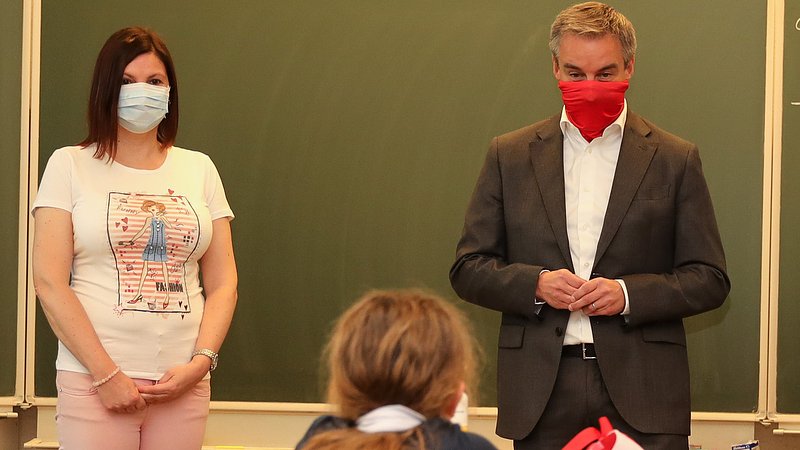 Although infections are on the rise, students are back at school this Monday.

The spike in cases over the past week was in large part due to parties and family gatherings, Minister of Education Claude Meisch said in an RTL interview on Sunday afternoon. This is not a welcoming message as students prepare to go back to school this Monday.

In Wiltz, five positive cases were reported in a primary school last week. All five families had been together in the time before, indicating it was not the school's fault, the minister says. Nonetheless, he understands the general concern that a return to school may be too early. The case of Wiltz shows, however, that the virus did not spread within the school and came from outside.

In response to a question whether pupils risk being infected in a school, Meisch says: "It's important that social distancing and hygiene rules remain in place. This also includes face masks until one is seated, washing your hands frequently, and keeping distance when possible. Canteens remain closed and breaks are shifted per class so there's no interaction between groups."

Furthermore, he added: "We see that infection rates and hospitalisations of youth under the age of 20 are way lower than adults."

To conclude, we have to learn how to live with the virus, the education minister said, because "the virus will be there in autumn, and possibly even in 2021". Vulnerable students and teachers can continue learning and teaching from home. In principle, however, there is compulsory presence.

Most parents have decided to send their children back to school. Meisch: "Please stay away from parties, even if it's a family gathering, and be very, very careful."