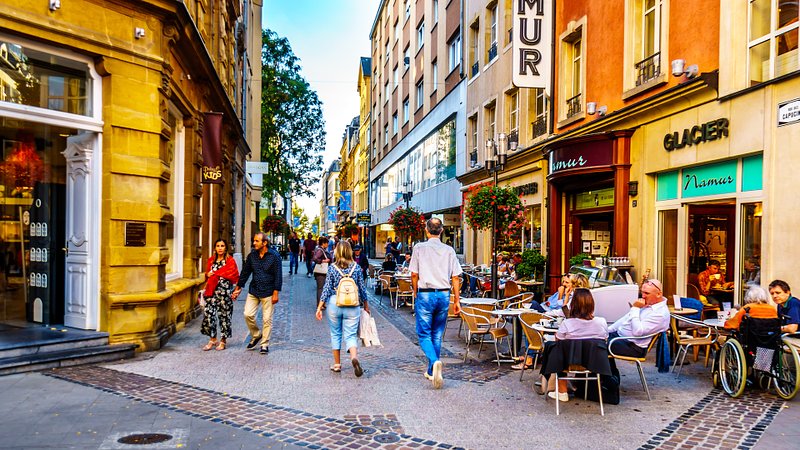 Although the Grand Duchy has moved into the next stage of the de-confinement process, the government has not ruled out a return to lockdown measures if needed.

Monday 11 May approaches with a series of establishments reopening in Luxembourg and its neighbouring countries.

Schools, shops, museums, libraries - for many of these, activity will resume in the Grand Duchy, in a welcome respite from the period of confinement during the health crisis.

However, Prime Minister Xavier Bettel and other members of the government have made a point of reminding the population that life will not return to normal with the lifting of these measures.

In order to make use of the reopened commercial businesses, customers must wear masks, maintain physical distancing, and at times queue outside when the number of people within are limited.

Pupils returning to school will be separated, circulation will be controlled, and masks are obligatory if the two metre distance cannot be kept.

Citizens will be allowed to meet up once more, but must adhere to the rules: groups of no more than 20 people can meet in public open-air spaces, while groups of up to six can meet at private homes. According to a recent press conference, this latter number does not include the host family but rather the number of guests. Safety measures will still apply.

However, the risk of a second wave of the virus still exists.

Authorities in Belgium are already working on a plan for reconfinement, should the virus begin spreading once more. This task has been assigned to a panel of experts who believe a second wave is inevitable.

RTL contacted Xavier Bettel's office for information on Luxembourg's plan for the future. The Prime Minister's office confirmed a series of potential scenarios had been studied by the Covid-19 Task Force prior to announcing the country's exit strategy from quarantine.

A spokesperson said if the number of infections continued to rise, putting pressure on hospital capacity, Luxembourg would reevaluate the measures required. Everything depends on the evolution of the epidemic.

The Luxembourg government has adopted a reactive approach, analysing where potential new infections could come from and acting accordingly. For example, if a high number of infections appear in schools, the government could opt to close them once more. The same principle applies to commercial businesses.

In conclusion, the government spokesperson reprised the Prime Minister's statement, confirming that if things change, the government will apply the brakes to the exit strategy.