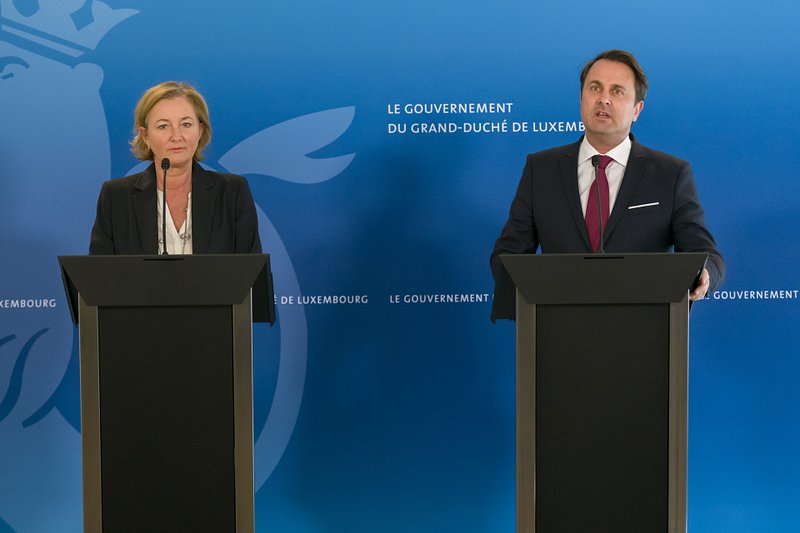 During a press conference held on Monday afternoon, Xavier Bettel announced that every resident and cross-border worker will receive 50 face masks. Phase 2 of the exit strategy begins 11 May.

Prime Minister Xavier Bettel opened the press conference by emphasising that the situation in which we find ourselves, while improving, remains exceptional. He expressed some optimism in noting that the country's health care sector had so far been able to cope with the increase in patient numbers. Minister of Health Paulette Lenert noted, however, that solidarity remains key as "it is not over yet."

Bettel said that recent developments, with decreasing infection rates, were reassuring, which was echoed by Lenert. The first phase of the exit plan - which included the reopening of DIY shops and building sites - aiming to slowly take Luxembourg out of the partial lockdown has now been in effect for two weeks. Given the positive developments seen during this time, said Bettel, the government is now prepared to launch the second phase of the gradual reopening from 11 May.

The PM announced that every resident over the age of 16 and cross-border worker will receive 50 face masks. The government is still working on the distribution of the masks alongside municipalities (communes) and the army to see how most efficiently to arrange this large-scale effort. Further details on this will become available at a later date.

Bettel stated that the second phase of the gradual exit plan will see people allowed to socialise with friends and family again - though there will be a 6-person limit to these gatherings. Note that this is six people in addition to the however many live in the household. Bettel noted that we all have personal responsibility here, shouldn't take unnecessary risks. The purpose of this is not to allow parties to be thrown, rather to soften the sting of social isolant. Larger gatherings of up to 20 people will be allowed outdoors, but social distancing measures must be respected.

As regards sports and physical exercise, the PM said that contact sports will still not be allowed, but outdoor sporting activities will once again be allowed as of 11 May. This includes, for instance, tennis, golf, and horseback riding.

Shops and cultural institutions to reopen

Bettel further stated that shops, hairdressers, and beauty salons will largely be allowed to reopen from 11 May, though there will be some restrictions to this and new safety measures will have to be respected. Museums, libraries and drive-in cinemas will also be allowed to open, subject to said measures.

Questioned as to what these measures will entail, Bettel noted that face masks will be mandatory. Further information on the safety precautions will be communicated on Wednesday 6 May.

The reopening of restaurants, nightclubs, cafes and bars remains a difficult question and only tentative answers were given as to when they might reopen. Bettel said that restaurants may potentially reopen on 1 June, however this will be dependent on future developments as the government continues to monitor the situation.