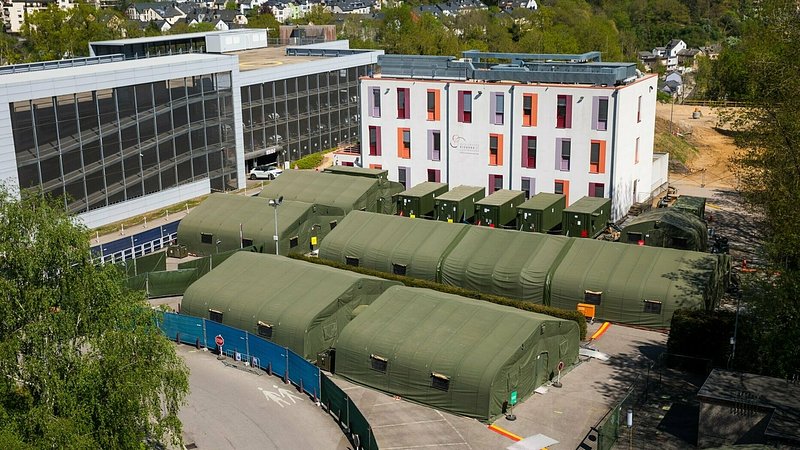 At the end of March, a NATO field hospital was dispatched to Luxembourg from Italy in order to support hospital infrastructures.

The Luxembourg army proceeded to install the field hospital in front of the Municipal Hospital in Luxembourg City. To date, however, the facilities have not been put into service, as the hospital has not yet reached capacity.

CHL's medical director, Dr Martine Goergen, described the facilities as "spartan" during a press visit on Monday, but said the beds received from the Army were a great luxury, and the Grand Duchy was fortunate compared to abroad.

The visit, which included the Prime Minister and the Minister of Health, began at triage, which is currently housed in tents supplied by NATO. Patients displaying Covid-19 symptoms are separated from other patients here. While other patients proceed to the interior of the building, potential coronavirus patients are tested outside the establishment. Dr Marc Simon, emergency doctor, explained those with symptoms were taken to a second tent where a doctor will carry out tests, including blood tests, EKG, and a scan if required.

Around two-thirds of patients with Covid-19 require hospitalisation following the scan. Thus far, no patients have had to stay in the field hospital installed in the car park. The field hospital is also divided, with 10 of its 40 beds kept aside for patients with minor symptoms or who have not yet been confirmed, while the remaining 30 are designed for more serious cases.

Dr Goergen explained the tents could allow them to hospitalise patients who had tested positive, but were not considered to have life-threatening complications, despite needing surveillance and care. 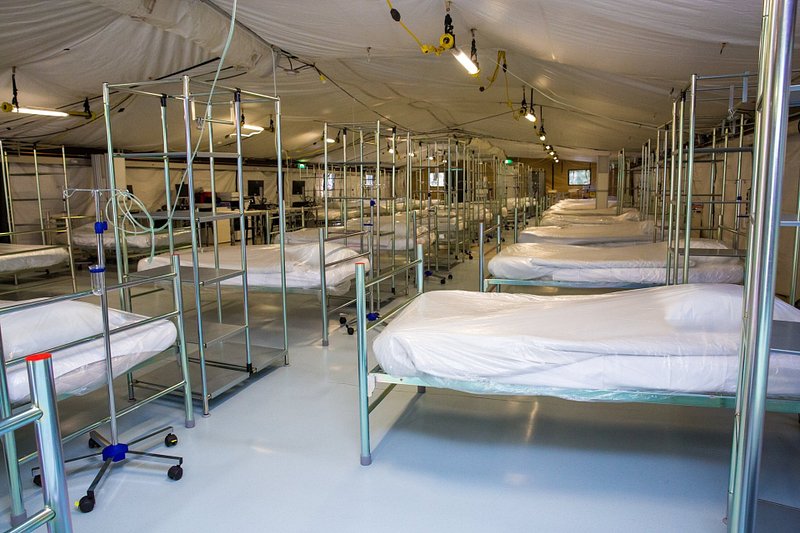 Patients in the field hospital will be treated as though they are in a proper hospital room. Dr Goergen said there was sufficient equipment to provide oxygen to patients if needed. The hospital has also organised teams which can be called upon if required, so that staff are sufficiently spread out across the different areas of the hospital. The field hospital is prepared to be used straight away if the situation should further develop.

As of Monday afternoon, 34 patients with coronavirus were in hospital at the CHL. The number of new cases is dropping on a daily basis, but the supplementary structures are nonetheless reassuring, said Paulette Lenert.

Lenert said they were sufficiently prepared, although some might think it was excessive. However, the Minister of Health said they had learned from other countries and had prepared the additional tents so as not to overwhelm the Grand Duchy's healthcare system.

The tents and equipment for the field hospital were supplied free of charge by NATO, with the Luxembourg government only contributing financially for transport or eventual damage. Once the epidemic is under control, the equipment will be returned.