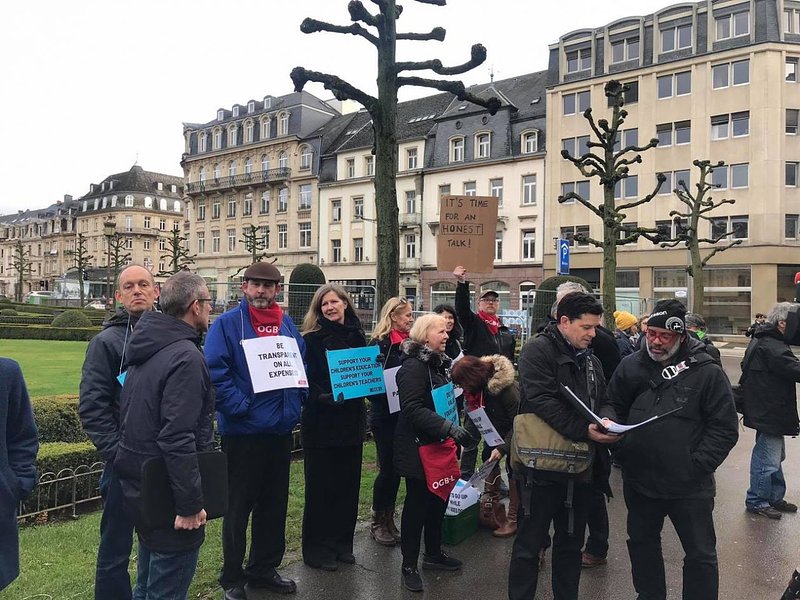 Trade union OGBL announed earlier this Friday that the first meeting with the national conciliation service failed to lead to a "notable result."

The trade unions representing the employees of the International School of Luxembourg met with representatives of the school management and the national conciliation service last Thursday.

The discussions between employer and union groups lasted two and half hours but did not lead to a "notable result," OGBL said in a press release.

According to OBGL, the union representatives "were astonished to hear that the last employer proposal for a new faculty scale, from November 2019, was no longer on the table. Furthermore, the employer stated that the first proposal, dating from May 2018, which introduced a separate scale for future teachers was the only one to be considered." A proposal that was submitted in May 2018 had included improved early career wages at the expense of the career itself, as OBGL explained, "would increase in the number of years to arrive at the same end of career salary." The yearly average increase would consequently decrease from 3.02% to 2.04%. According to OGBL, the first proposal was not part of the dossier submitted to the conciliation service.

The representatives of the school reportedly also said on Thursday that they themselves did not consider their November 2019 proposal to be legitimate, explaining that it had been the result of a lack of options after the unions rejected their proposal to introduce a two-tiered system in May 2018.

The trade unions hope to find an agreement with the employer when the negotiations continue on 27 February. There will not be further pickets until then. If no agreement will be found by 4 June, either party may declare non-conciliation, which would open the right to strike.