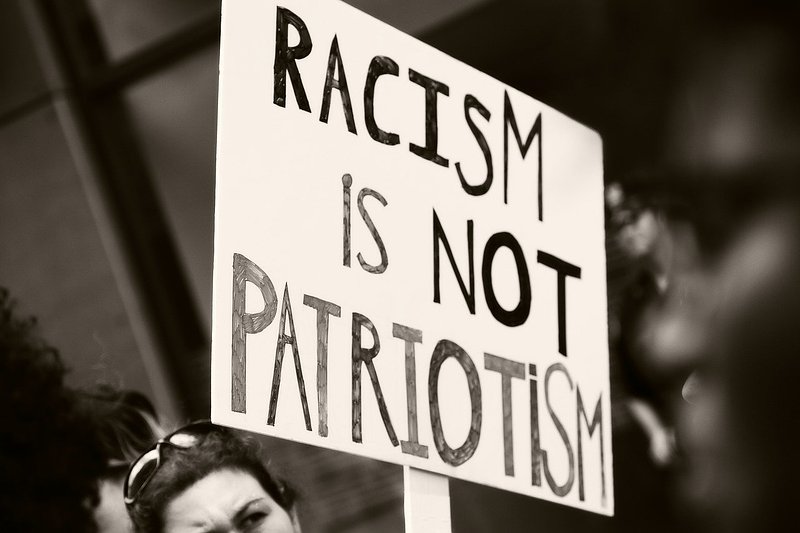 A conference debate on "being black in Luxembourg" took place on 13 November. Discussions revolved around experiences of discrimination and hate crime of people of African descent in the Grand Duchy. The result were sobering, to say the least.

The conference reiterated findings that were already published in an extensive report entitled “Being Black in the EU” that was published in 2018.

The overreaching conclusion was that the reality differs dramatically from the image of social inclusion and multiculturalism that Luxembourg projects to the outside world. Covert and overt forms of racism, the conference and the 2018 report found, have been far from eradicated in the Grand Duchy.

A report with sobering findings

The damning report was published by the European Union Agency for fundamental rights. It analysed the responses of 5,803 immigrants and descendants of immigrants of African descent surveyed in 12 Member States: Austria, Denmark, Finland, France, Germany, Ireland, Italy, Luxembourg, Malta, Portugal, Sweden and the United Kingdom.

The following are some key findings of the report, which, as a reminder, was published in 2018.

In the five years before the survey, some 5% of respondents experienced what they perceived as racist violence (including assault by a police officer). The highest rates were recorded in Finland (14 %) and in Ireland and Austria (both 13 %), followed by Luxembourg (11 %).

Overall, 39 % of respondents of African descent felt racially discriminated against in the five years before the survey. One in four (24 %) felt discriminated against in the 12 months before the survey. The highest perceived rates of discrimination in the 12-month period are found in Luxembourg (50 %), Finland (45 %), Austria (42 %) and Denmark (41 %). The lowest are found in the United Kingdom (15 %) and Portugal (17 %).

Racism at work or school

The percentages of respondents indicating that the most recent incident of racist harassment involved someone at work or in an educational setting were highest in France (21 %), Luxembourg (20 %) and Sweden (20 %).

One in four (25 %) respondents felt racially discriminated against when looking for work in the five years before the survey. The highest levels were observed in Austria (46 %), Luxembourg (47 %) and Italy (46 %).

More than one in 10 respondents (14 %) of African descent say they were prevented from renting accommodation by a private landlord because of their racial or ethnic origin. The highest rates are observed in in Austria (37 %), Italy (31 %), Luxembourg (28 %) and Germany (25 %).

Some 4 % of respondents said they were prevented from buying accommodation because of their racial or ethnic origin, with the highest rates observed in Italy (15 %) and Luxembourg (11 %). 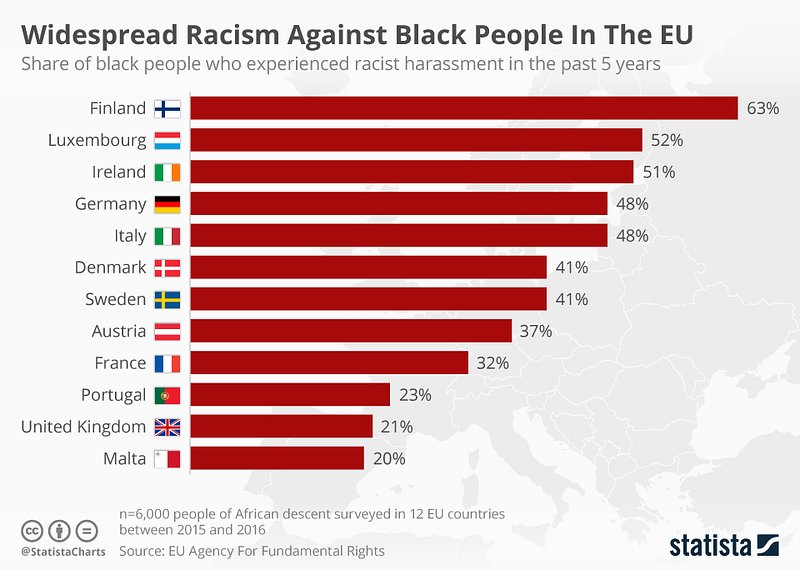 Have you experienced forms of racism in Luxembourg that you want to share (anonymously)? Email me at gerry_erang@rtltoday.lu.