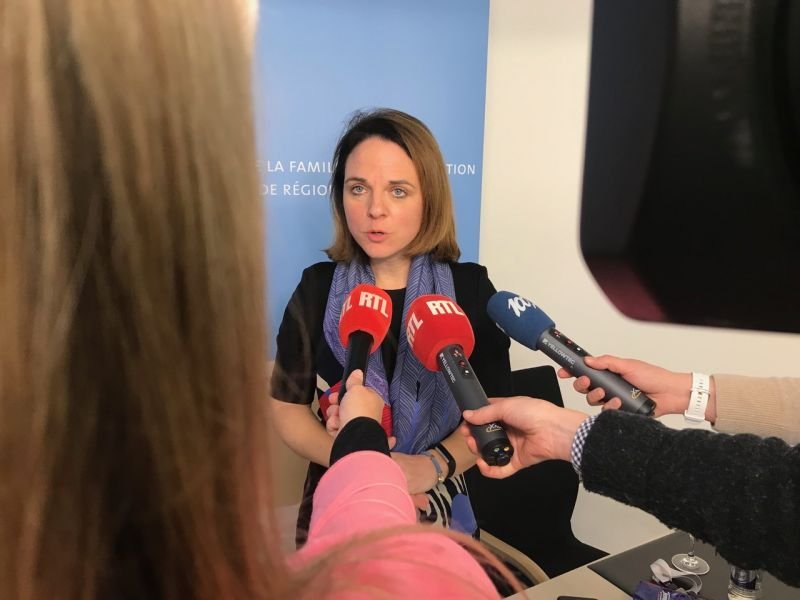 The Minister of Family and Integration has been accused of conflict of interest by young members of the CSV party, after she sent an email to the Luxembourg City Commercial Union to defend her former business.

"From a one-time faux pas to a systematic conflict of interest." Such were the accusations levelled at Corinne Cahen by the young members of the CSV party, after the opposition discovered the minister had sent an email to the capital's Commercial Union to defend shops on Avenue de la Liberté - including her own former store.

Manager of family-owned shoe retailer "Léon Chaussures" for twelve years (2001 to 2013), Cahen's message criticised the lack of support for businesses based in the ongoing tram construction site in the Gare district.

Nuisances, lack of accessibility, lack of communication in favour of the shops along the building site - the minister detailed a series of issues affected the businesses, as well as potential solutions to help the lack of footfall and drop in profits. But this support has backfired as it was revealed Cahen sent the message from her ministerial account, with the government's signature a reminder of her position as minister.

The CSJ (CSV youth branch) raised questions as to whether it was ethical for a minister to use their official role to position themselves in favour of a business. They also questioned Cahen's involvement with her former business and cited a potential abuse of power.

The minister has not yet reacted to the allegations made by the opposition, which were published overnight from Sunday to Monday.