An alarm was set off in the Stafelter tunnel at 10 am on Tuesday morning, requiring the closure of the tunnel.

The tunnel was closed in both directions for an hour and a half, heavily impacting traffic on the A7 motorway. By 11.30 am, the tunnel reopened and traffic began progressing, albeit slowly.

Tailbacks formed quickly on both sides of the tunnel, with the northbound lane having 3 kilometres of traffic. 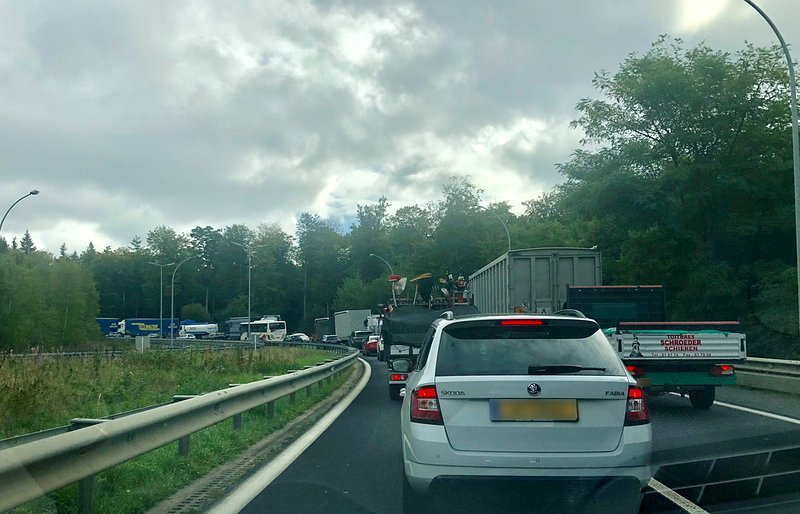