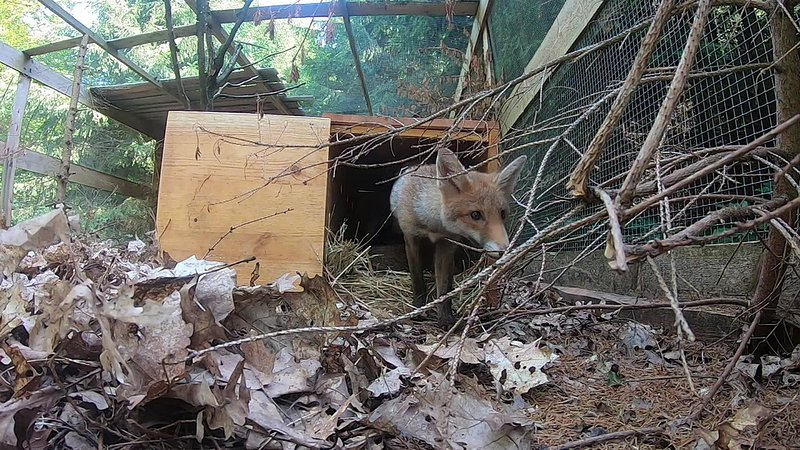 Animals from Luxembourg's forests have been taken care of at the sanctuary for the last 30 years, whether ill, injured, or rejected.

At the beginning, there were just 186 animals - now the centre treats around 3,000 wild animals a year, with the aim of releasing them back into the wild once they have recuperated. In 65% of cases the release is successful. As the only centre of its kind in the Grand Duchy, Dudelange receives all sorts of creatures, with 160 different species in the last year alone.

Director Raf Stassen said 95% of animal patients were wild species found in Luxembourg, with a small percentage of non-native exotic animals such as raccoons or aquatic turtles. The centre also treats abandoned exotic pets such as snakes and tortoises, and occasionally even assists with animals seized by airport officials.

The sanctuary is meant to be a temporary home for its patients, but exotic species such as parrots or raccoons are not allowed to be released into the wild as they are not suited to the ecosystem in the Grand Duchy. For these animals, the centre liaises with safari parks or zoos to find a home for them.

The sanctuary has not only grown in size over the years,  but has also developed new systems to help its patients. Sinze 2018 a number of drop off points have sprung up across the country where injured animals can be placed for collection.

As well as running more awareness campaigns, the centre will undergo extension, in order to have more facilities to treat different animal species in future.

The sanctuary will open to the public on 14 and 15 September as part of its 30th birthday celebrations.

30 years of the wildlife station - series

RTL's Nadine Gautier investigated behind the scenes at the wildlife station in our series below.