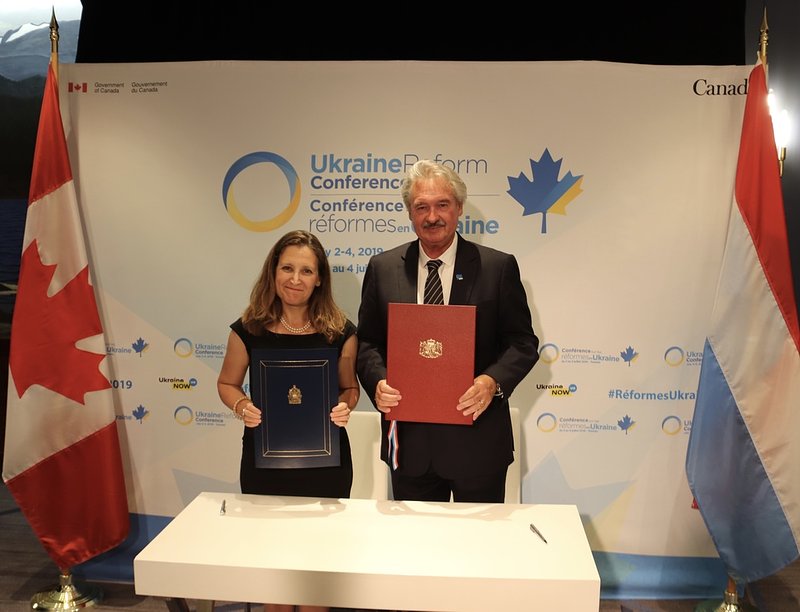 The agreement, signed while both ministers were attending a conference on Ukraine reforms in Toronto, stipulates a partnership between the two countries, allowing young people to work, study, and travel for a year in the other country.

Every year, around 100 young people - from Canada and Luxembourg - will be able to spend a maximum of a year in the partner country and work, travel, and study freely, provided they are aged between 18 and 30 years. The partnering country, either Luxembourg or Canada depending on the origin of the youths in question, will provide working holiday visas to successful applicants.

The purpose of the working holiday visa is to allow young people to holiday in the partnering country. The Ministry of Foreign Affairs press release highlighted this would allow young people to immerse themselves in a new culture whilst also being able to gain work experience or continue their studies. The agreement does however stipulate that applicants must have the financial means to fund their stay in the other country.

This latest agreement with Canada follows Luxembourg's other working holiday visa agreements with Australia, New Zealand, and Chile. The ministry also confirmed it is negotiating a similar agreement with South Korea.