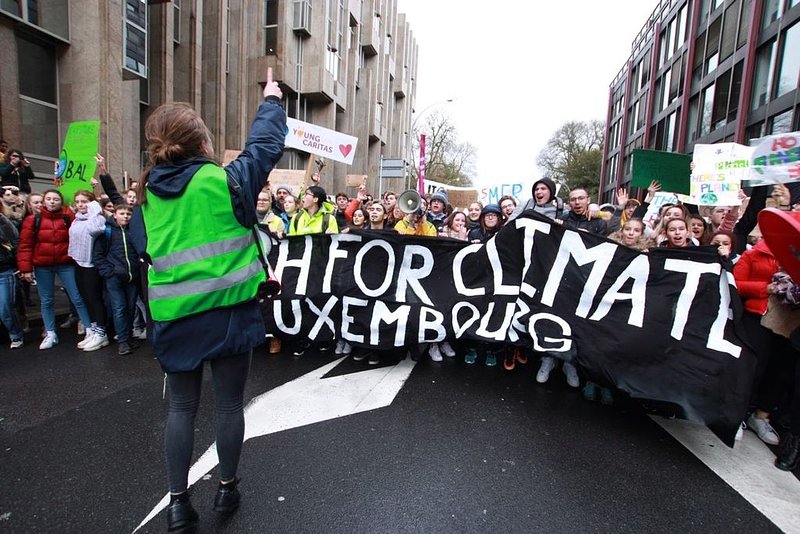 Young Luxembourgers from Youth For Climate Luxembourg answered RTL's questions on the eve of their second big protest.

On Friday afternoon, a number of young Luxembourgers will conduct their second demonstration against climate change in Kirchberg. The protest, organised by Youth For Climate Luxembourg, will take them from place de l'Europe to the Grand Duchess Charlotte Bridge, where they intend to block traffic. RTL 5Minutes interviewed 16 year old Selma Vincent, lycée student in Luxembourg City and one of the event's organisers.

RTL 5minutes: You're organising your second big demonstration tomorrow. Why?

Selma Vincent: "There are demonstrations throughout Europe on Friday, they're symbolic as the European elections are taking place over the next few days. We aren't asking anyone to vote for a particular party, but to take the climate issue into consideration when voting.
We are mobilising in Luxembourg because of the government's refusal to decree a climate emergency (ed: déi Lénk proposed a motion to this effect last week). This is necessary - we are among the largest emitters of CO2 and meat consumption is very high, we are not doing enough to raise awareness on climate change. And it's ridiculous that everyone knows at least one person who owns 2 or 3 cars." 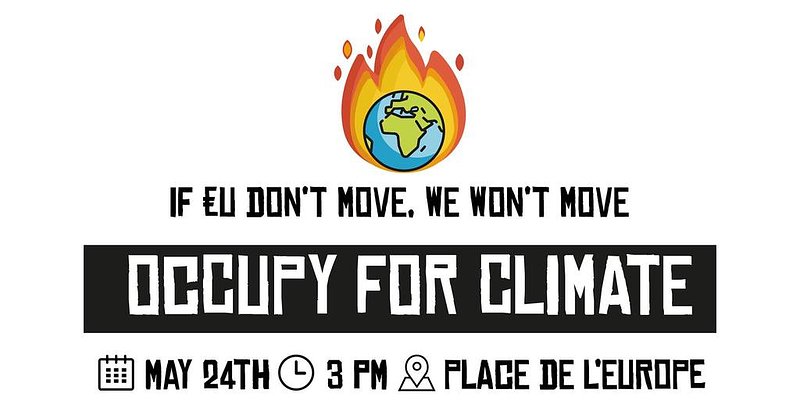 How will the demonstration unfold?

"The meeting point is at 3pm on place de l'Europe, in Kirchberg. Instructions will be given before we head to the Red Bridge, where we will block a lane reserved for cars, in the direction of the city centre. Pedestrians and trams will continue to circulate as usual.

As only a single lane will be blocked, the impact shouldn't be too "negative", even though it will slow traffic. We will try to make it fun with singing, music, and exchanges with drivers."

How will the rally be managed?

"We have received training in case of civil disobedience so there will be instructions for all participants. Some are in charge of security, others in charge of music and we have a First Aid team.

Above all we have been very transparent about our plans with the police, who will be present to monitor the front and back of the procession.

This is a non-violent demonstration and everyone has been informed on their rights and tasks. It's important to emphasise we aren't young people who want to disturb society, we just want our voices to be heard. We have concrete demands. But we know we need to disturb people's daily routines so they don't ignore us."

What are your demands?

"The climate emergency and the fact we need to act now. We don't have 11 years to reverse the effects (ed: she is referring to the "climate window" which stipulates that carbon emissions must drop to zero by 2030 to respect the Paris Accords objectives).

We would also like a green new deal, with more restrictive laws. We're also thinking of the European Investment Bank (EIB) in Kirchberg, which is still financing a number of polluting activities..."

Is everything cleared with school, and parents?

"It does take a lot of work on top of school. There are 30 active members, as well as more casual activists who sometimes join us. There's a lot of communication between us, either through social media networks or meetings which we organise once a week.

For our parents, it's true they were a bit worried at the start, especially when we told them the police would be in attendance, that we spoke with them and have to miss some classes... but they understand that we are doing this for our future."

Photos of the previous demonstration on 15th March.