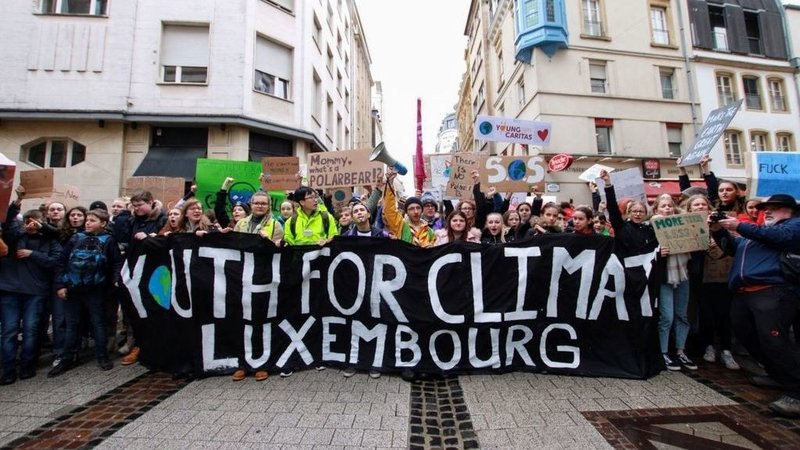 A second "Youth for Climate Luxembourg" march is taking place on Friday 24 May after the large-scale march organised on 15 March. The movement will be turning to civil disobedience on Friday.

While the date for the second wide-scale march has been scheduled long in advance, details have only been released this week and the second event certainly sounds like it will make its mark.

Perhaps inspired by the eleven-day long Extinction Rebellion protests in London, which culminated in over 1,000 arrests, "Youth for Climate Luxembourg" has promised an act of civil disobedience on Friday. The movement plans to block traffic on the Red Bridge (Grand Duchess Charlotte Bridge) from 3pm onwards.

On 15 March, the movement managed to assemble between 7,000 and 15,000 participants on their march through Luxembourg (numbers vary between those given by the police and the organisers).

Stressing that climate indicators are warning of a disastrous scenario, the group condemned the lack of political action, claiming politicians have not changed their trajectory. The movement cited the lack of action as a reason why "Youth for Climate Luxembourg" is opting for a different method. The group will move from protesting to "occupying". The organisers have repeatedly highlighted that the occupation will be non-violent in nature.

Before stopping traffic, protesters will meet on Place de l'Europe in Kirchberg at 3pm in front of the Ministry of the Environment building.