The official inauguration of the Unesco-Bike-Tour took place under perfect sunny skies on Friday.

A promenade by bicycle took place from the Gëlle Fra, through the park and to the Glacis to mark the occasion.

The Unesco-Bike-Tour is over 9.5km long and starts at the Place de la Constitution, crossing the Nei Bréck to the Gëlle Fra statue, before heading down to the Pétrusse valley and along to the Grund. From there the tour passes through the Grund, Clausen and Pfaffendall, to the lift, then up through the park and the old fortress, before arriving back at the Gëlle Fra.

Although the paths have existed for a while, the tour itself is new. Simone Beck, president of the Luxembourg Commission for Cooperation with UNESCO, said they worked with local syndicates to put the tour together, choosing a route that would not only provide a picturesque tour, but also allow people to inform themselves about the history of the city.

Minister for Tourism Lex Delles said the tour was indicative of how active tourism and culture could come together, offering a celebration of Luxembourg City's heritage which could work for residents and tourists alike. 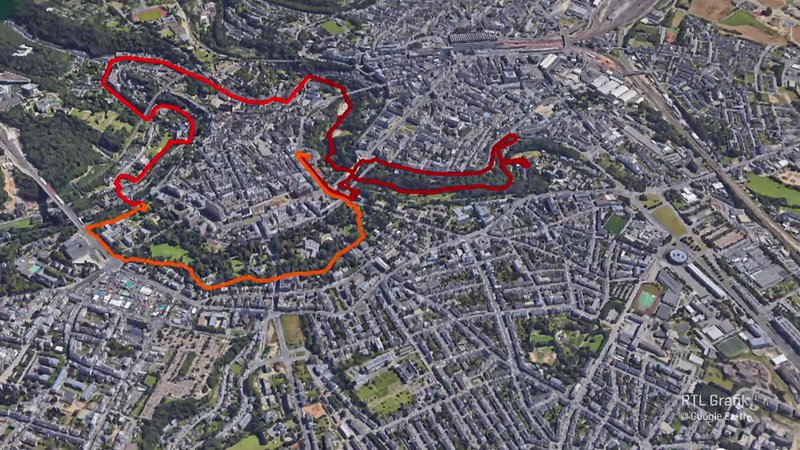 The Minister for Culture, Sam Tanson, added that there would be an app to add a digital element to the tour, with useful information, as well as a leaflet, but no additional signs would be added so as to avoid any visual pollution to the route.

City Mayor Lydie Polfer said there were 80 different places along the 9.5km route to show cyclists how beautiful the city could be, and to complement the existing tour for pedestrians, providing a choice for anyone visiting Luxembourg during the 2019 tourist season.