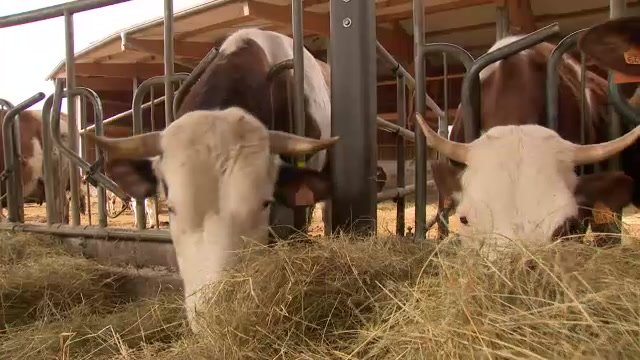 The government's plans for the agriculture sector clearly bear the mark of the Greens' politics.

The new president of the Chamber of Agriculture Guy Feyder is critical of the government's plans to increase organic farming to 20% by 2025, saying that the government is setting its goals without considering economic realities.

Feyder argued that organic products are only demanded by 1% of consumers. But is this number accurate? RTL's Jeannot Ries researched the topic.

A European study for the Organic Food Production Alliance ("Bund Ökologische Lebensmittelwirtschaft") found that the market share of organic products bought in Luxembourg was at 7% in 2017 while Luxembourg only produces 4.2% of this consumption. 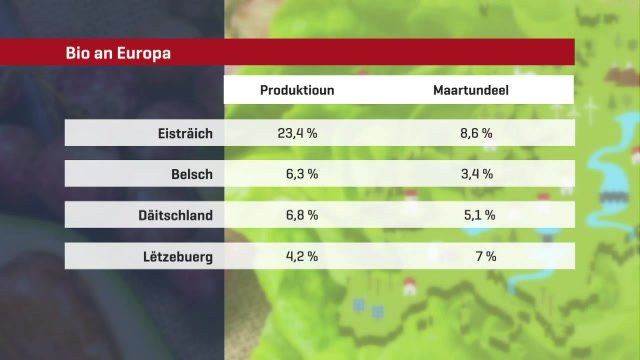 Despite official numbers suggesting that organic food consumption is on the up and up in Luxembourg, even the co-founder of Luxembourg's BIOG-cooperative Änder Schanck is skeptical of the government's plans. While he believes that the 20% mark seems to be a bit too ambitious to be realistic, he said that even reaching the 15% mark would already be a big win for Luxembourg.

Luxembourg's consumers are undoubtedly interested in organic produce. Luxembourg residents spend about €207 per year on organic products. This represents a relatively large share compared to other European countries, but one has to keep in mind that Luxembourg is also a relatively small market. In order to be able to market to a larger audience, Luxembourg's farmers would have to be able to process their own produce. 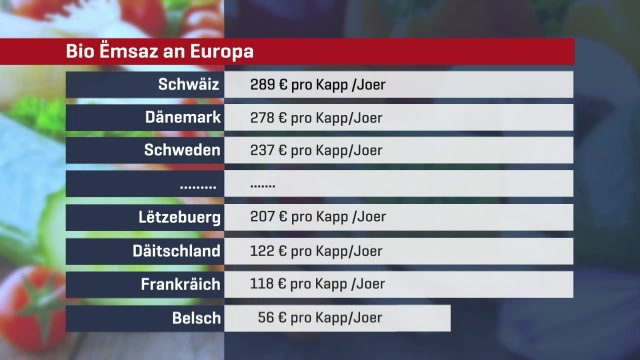 The BIOG dairy plant has been processing its own organic milk since 2016. Further products soon followed, from organic cheeses to organic ice creams.

Knowing this, it does not suffice to motivate Luxembourg's farmers to produce more organic produce, the market also needs to expand in order to create a viable business market, according to BIOG's Änder Schanck.