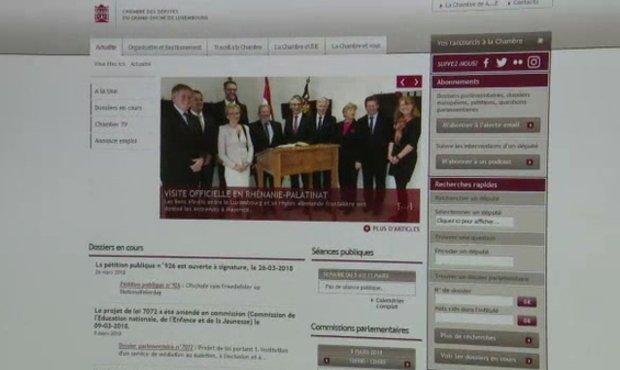 The Chaos Computer Club is a European group of hackers with a membership of around 5,000 people.

The club's Luxembourg branch - Chaos Computer Club Luxembourg (CCCL) - is arguing that trying to make an example of - as of yet - unknown hackers and going to court is the wrong approach. They have called upon the Chamber of Deputies to take responsibility for the security breach and learn from their mistakes.

"Simple web-link editing does not constitute a hacker attack. Everyone capable of typing on a computer could have gained access to the data!", the CCCL wrote in a recent statement on the Chamberleaks affair.

According to the CCCL, it is shocking how easy it was for radio station 100,7 and other, less well-meaning entities to gain access to confidential information.

The CCCL sees one of the main under-examined issues in the fact that confidential data had been stored on a public server instead of on an internal, Chamber-only server. This could have prevented the type of data leak that happened last week.