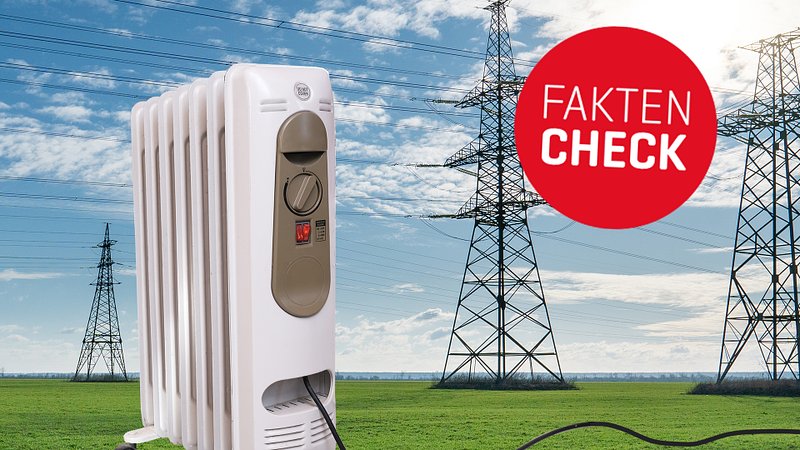 Energy is the subject on everyone's mind this winter, with particular concerns over the security of our energy supply.

In light of uncertainties surrounding gas supplies in Europe, people are looking for alternative heating solutions, such as plug-in electric heaters. Similar appliances, such as space heaters, have become very popular over the last few months, selling out in certain stores.

A survey by the German comparison portal Verivox, carried out between February and August, found that around 10% of the more than 1,000 participants used a mobile electric heater. A further 11% planned to buy one, and an additional 19% were considering it. The purchases were primarily motivated by the fact that customers are afraid of not being able to meet their heating needs any other way (41%).

RTL spoke to a number of Luxembourg DIY stores which sell electric heaters to confirm the trend had taken off in the Grand Duchy. While some said they had observed a heightened demand for the appliances, others offered more detail. In their German outlets, the demand for electric heaters doubled between January and the end of June compared to the previous year, with similar effects in Luxembourg. From the conversations with customers it would appear that people wish to be more self-sufficient and better prepared for emergencies. However, demand has increased not just for electric heaters, but also for wood, gas, pellets and coal - even over the summer, which is usually considered a quieter period for these products. 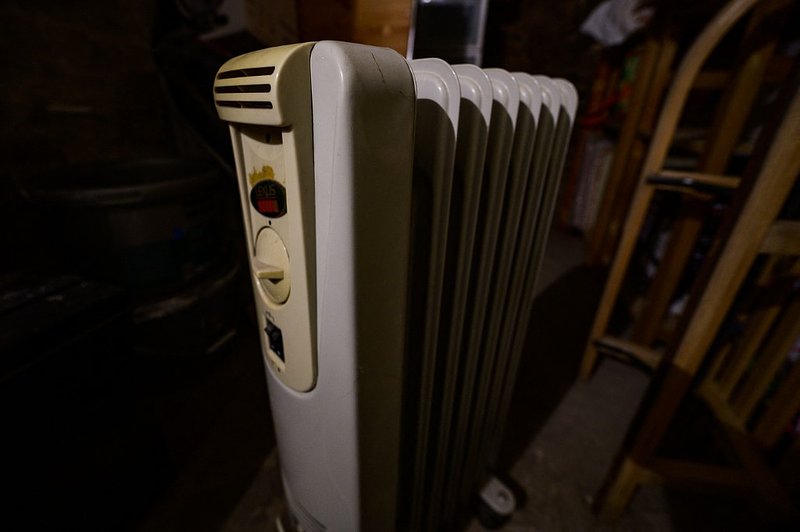 Due to the increased sales of electric heaters, the German branch associations DVGW and VDE issued a warning in July, stating that power outages could take place due to an overload of the network if too many of these devices were in operation at the same time:

"We are observing these developments with concern, because our electricity supply is not designed for such a simultaneous additional load" , said Dr. Martin Kleimaier, head of the "Production and storage of electrical energy" department at the VDE. As these appliances can simply be plugged into sockets, they cannot be switched off by network operators in the event of imminent overload - unlike electric heat pumps or so-called "night storage heaters".

Does this warning also apply to Luxembourg? How likely is there to be a widespread power outage due to network overload caused by using electric heaters?

The German associations predicted the effects on the German power supply if half of all households in the country used electric heating at the same time. They calculated that the additional consumption would represent around 20 gigawatts - an increase of a quarter of the current annual peak consumption in Germany. In conclusion, neither the German power grids or the existing power plants could afford for such a scenario to take place.

In Luxembourg, the scenario would be as follows: around 81,000 households heat their homes with gas. If half of this number (ie 40,500) were to connect a mobile electric heater, operating with an average performance of 2,000 watts, that would be an additional consumption of around 81 megawatts.

However, this additional load should not be a problem for the Luxembourg network, according to the Luxembourg Institute of Regulation (ILR), which monitors the electricity and gas market in Luxembourg. With a peak load of approximately 800 megawatts on the Creos network, this would currently be an increase of 10%. It is true that an overload in Germany could also represent a problem for Luxembourg, however many people would have to connect their devices to the network at the same time. 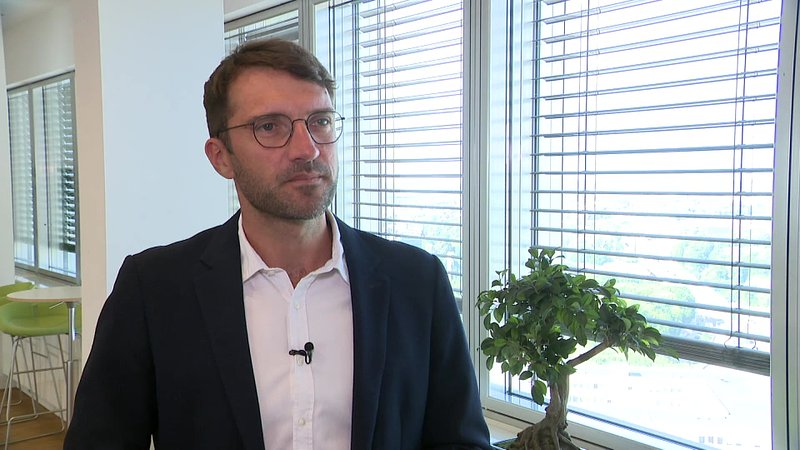 Simeon Hagspiel, the government commissioner for energy, warns against using electric heaters as a realistic heating alternative - above all because of the costs and high energy consumption of these appliances. However, he emphasises that Luxembourg's energy supply is secure. The risk of overloading the power grid through such appliances is "manageable" and the risk of a major power outage due to overload is not higher than usual, he says, although he refuses to rule it out.

Camille Hierzig, deputy director of the Luxembourg Institute of Regulation (ILR), agrees with Hagspiel and adds that it does not make sense to replace home gas heaters with mobile appliances. Electricity is not only produced via wind, solar and nuclear energy, but in many cases also with gas. Due to the current geopolitical context, this type of electricity is currently the most expensive to produce. If you want to heat your home with a heater, you first have to make electricity from the gas to power the machine. There would be so many losses in between that it would be much more efficient to simply use the gas heater directly. In the case of heat pumps, different considerations apply than, for example, in the case of heaters, as these heating systems consume around two to five times less energy. 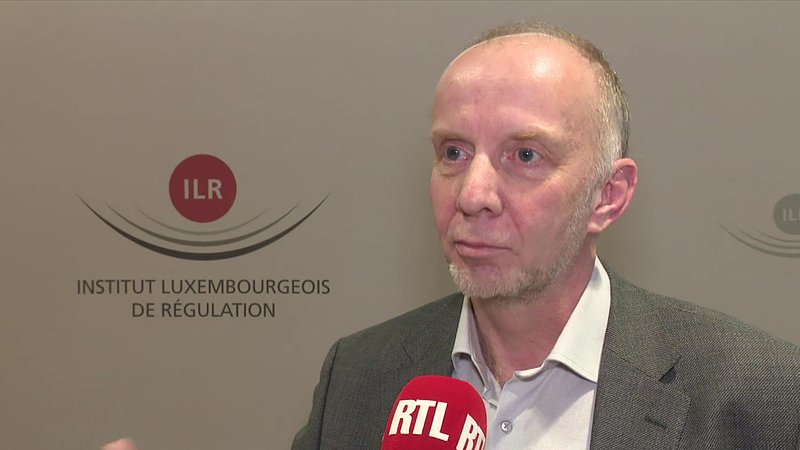 However, this thought can also work in reverse. Hierzig says that in a scenario where the gas supply to private households could fail due to a shortage, then gas power plants could no longer produce electricity, thus rendering electric heaters useless.

In terms of restoring the electricity supply, Hagspiel and Hierzig do not foresee major problems due to the presence of electric heaters and radiatiors. If every household were to use these appliances on the network at the same time, there could be a local overload, which could in turn cause localised overheating on the system. This could theoretically lead to a partial collapse of the network after restarting, but this situation is extremely unlikely, says Hierzig, as every household would have to do it at the same time. At worst, he foresees localised power issues.

How frequent are power outages in Luxembourg, and why do they happen?

"As with any technical system, things can go wrong with the power grid, something can break down, leading to outages," says Hierzig. This happened twice in three days back in mid-September, for example, with power cuts in Dudelange after a cable failure.

In a parliamentary response from the Minister of Energy to the CSV deputy Marc Spautz, it transpired that the replacement of the cable, which dated back to the 80s, was due to take place in 2023, but is now being pushed forward.

Large-scale power outages are rather rare. Mostly there would be local failures, triggered either by a broken element or by a local overload, explains Hierzig. An old cable - like the one in Dudelange - could quickly become too hot due to a high load, which would then cause an outage. Heaters would only have a marginal effect on such situations, says Hierzig.

In fact, interruptions of the energy supply due to a network surcharge, which can also be clearly identified in this way, are relatively rare. When asked, Creos explained that in 2020 only 13 power cuts could be clearly traced back to an overload. In 2021, 15 power cuts were caused by an overload. In the more detailed annual overview in the report on the security of supply in the electricity sector in Luxembourg, the unplanned power outages are especially noticeable in the year 2021 and the year 2021. There were 541 unplanned power outages in 2020, and 888 in 2021.

However, the report also provides an explanation for the increase in power cuts in the past year. Due to the severe floods in 2021 - despite preventive measures, such as the controlled interruption of the power supply - a number of stations on the medium voltage network failed. In fact, the rate of unplanned interruptions due to weather conditions or "force majeure" in 2021 was significantly high at 15.5%, compared to just 4% in 2020 (2019 2.2%, 2018 5.2%).

When regarding the period between January and August 2022 on the Creos network, there were fewer power outages than in those months in 2021. In the first eight months of 2021, which also includes the floods of July 15, there were a total of 446 power outages on the Creos network in Luxembourg, which lasted an average of 167.33 minutes, so in 2022 there were only 416, which were recovered in the cut after 153.76 minutes.

Overloading less of a concern than electricity production shortages

Hierzig and Hagspiel both say they are less concerned with overloading the network and more worried about electricity production. The Grand Duchy produces just 20% of the electricity the country requires.

In terms of production, there are currently gas shortages, which in turn affect the generation of electricity. On the other hand, very little electricity is currently produced by nuclear energy. Due to maintenance work and inspections, around half of the 56 French reactors are currently out of operation and do not supply electricity, rendering France an electricity importer, rather than an exporting country. The timing could not be worse. In turn, this shortage is pushing up gas prices.

The situation is tense, but not dramatically so, says Hierzig. "The market is organised in such a way that there should always be equilibrium. Either because production increases, or gas imports rise, and if the limit is reached then the price will rise until it becomes too expensive for customers."

This applies, among other things, to production companies that work in a particularly energy-intensive way. "Companies that melt aluminium, for example, probably find it more profitable to import it from further afield than to melt it in Europe, using expensive European electricity," Hierzig explains.