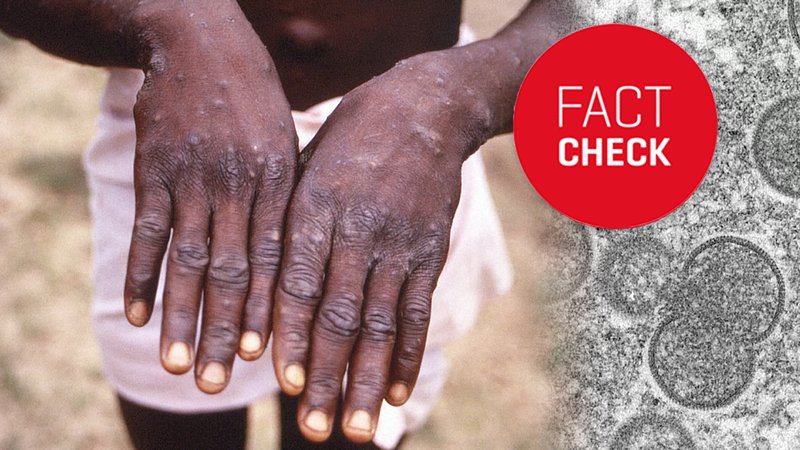 Does the virus stem from darker-skinned people? No! Skin tone has nothing to do with the transmission and risk of the virus. / © RTL graphic

The outbreak of monkeypox in Europe and the US has led to widespread discussion online, with misleading images and rumours abounding. Here are the facts.

Scepticism towards governments, global organisations and the media has grown over the past few years, fuelled by the coronavirus pandemic and associated conspiracy theories. Now, the trend has turned to the latest disease to spread - monkeypox.

Some claim that only gay people can suffer from the disease,  while others believe that it is spread by people with dark skin. People have also claimed that monkeypox is a side effect of the AstraZeneca Covid vaccine. RTL has put together a fact check to debunk the many rumours.

Monkeypox is a DNA virus, belonging to the Poxviridae family. It is closely linked to the variola virus, which is the pathogen for smallpox - a virus which has been considered more or less extinct since 1980 thanks to vaccinations.

As it stands, monkeypox is considered endemic in certain regions across West and North Africa, which means the virus has a permanent presence in a population or limited region.

The virus is more commonly found in animals. However, transmission of animals to humans is possible. This happens through contact with diseased skin, blood or excrement from the animal. For example, the monkeypox virus can be transmitted from animals to humans when humans digest infected meat.

Once a human has been infected by the virus, it spreads less easily to other humans than smallpox used to in the past. In order to be transmitted, the virus requires close body contact and close coexistence, meaning it is more likely to infect people living in the same household. The virus can be spread through body fluids and contact with lesions, as well as through contaminated items and droplets. Scientists say there is a higher risk of spreading the virus through sexual intercourse, as it brings together all of the above conditions.

Now, a number of cases in Europe, North America and Australia cannot be directly traced back to travel. Some 200 cases have been reported to date, with several other suspected cases. Nine of these were recorded in Germany as of 24 May 2022.

Symptoms of monkeypox are fever, headache, muscle pain and swollen lymph nodes. As the illness progresses, patients may show signs of lesions, blisters or a rash on the skin. Infected patients are infectious until the lesions have scabbed over and fallen off, which can take up to several weeks.

Is monkeypox a new lab-created virus.

Some social media users are claiming that monkeypox is a new virus created by governments or by the pharmaceutical industry, following two years of similar claims made surrounding the Covid-19 pandemic. 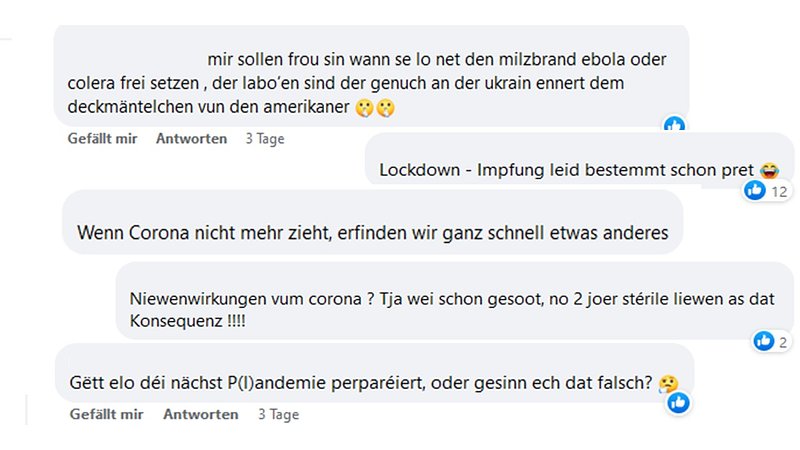 But monkeypox is not new. It was first identified among captive monkeys in 1958, hence the virus' name, although it is more likely to be found in rodents. In 1970 the first case of monkeypox was detected in a human, after a nine-year-old child was diagnosed with it in the Democratic Republic of Congo.

In March 2021, researchers at the Munich Security Conference played out a scenario in which the population was affected by a monkeypox pandemic, causing millions of deaths. The start date of the fictional pandemic was 15 May 2022. The fact that now, cases of monkeypox have been identified in the US, Europe and Australia, is considered proof by some social media users that the disease was "planned" and will become a new pandemic. Internet users refer to this as a "plandemic".

A pandemic scenario was indeed used at the Conference featuring monkeypox, but it was purely fictional and used to analyse the risk of biological threats. The aim of the "Nuclear Threat Initiative" (NTI) was to identify gaps in the review and control of biotechnology. The scenario can be read in full here.

It is not unusual for real illnesses to be used in such training scenarios. "We wanted to select a pathfinder that would fit into the selected scenario for this exercise," explained Jaime Yassif, vice-president of the NTI, in an interview with German media outlet Tagesschau. Monkeypox was ultimately selected from a number of options, as it was best suited to the scenario in question.

Several days ago, health ministers from the G7 states presented a similar fictional pandemic scenario in Berlin. This exercise showed a pox pandemic triggered by a leopard's bite. Such exercises are regularly undertaken by researchers.

Does the virus stem from darker-skinned people?

The virus is present in parts of West and North Africa, where many members of the population have darker skin tones. It is therefore logical that images of monkeypox patients show people with darker skin. However, skin tone has nothing to do with the transmission and risk of the virus.

Does the virus only affect gay people?

Scientists have identified that the majority of cases were discovered among gay or bisexual men, or men who have sexual intercourse with other men. A series of cases were also identified at sexual health clinics. However, the WHO and the UNAIDS organisation have advised that anyone can be affected by the virus. The risk is highest among people who have close physical contact with one another, but is not limited to men who sleep with other men.

Researchers are currently trying to identify why the virus has been prevalent among gay or bisexual men. In Belgium, a series of cases were diagnosed following a fetish festival, while in Spain, investigations are ongoing in regard to a gay sauna facility in Madrid.

Furthermore, the Spanish authorities believe that the festival "Maspalomas Pride", which is popular among gay men, could have been a possible hotspot for monkeypox. As it stands, one must assume that it is coincidental that cases have sprung up among men who have been intimate with other men.

Is monkeypox a side effect of the AstraZeneca vaccine? 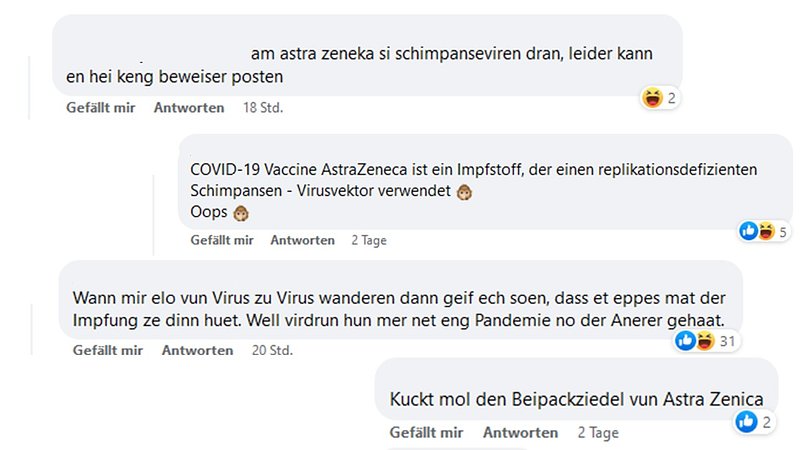 The comments pictured above all suggest that the AstraZeneca Covid-19 vaccine is to blame for the monkeypox outbreak, with users claiming the vaccine was created using a chimpanzee adenovirus. This is visible in the vaccine description here.

The chimpanzee adenovirus in the AstraZeneca vaccine has nothing to do with the monkeypox virus.

Does the chickenpox vaccine protect against monkeypox?

A vaccine specifically for monkeypox does not yet exist in America. In the US, around 1,000 vaccine doses are available against smallpox and monkeypox, which are to be used on people who are considered close contacts of infected patients, as well as people who might come into contact with the virus through work in healthcare.