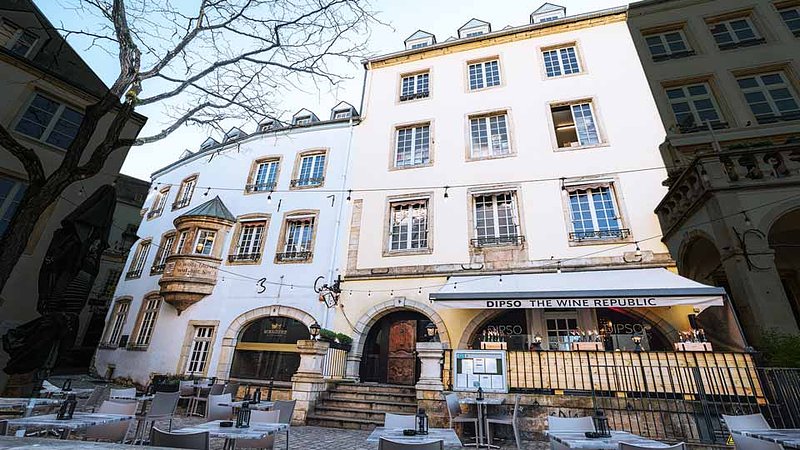 The Ilôt Gastronomique is the central landmark of the Old City of Luxembourg. The iconic tower and its lettering Mir wölle bleiwe wat mir sinn, an indispensable gathering point for tourists and locals, is at the heart of the property. Just next to the residency of the Grand Duke of Luxembourg, it entails rooms with ancient, yet luxurious character on 6 floors, with a total area of over 2000 square meters. The buildings are of historical significance to the Grand Duchy because of their location at the well-known Fëschmaart, as well as their architecture dating back to the founding era of Luxembourg. Due to its belonging to “Europe's greatest fortified sites”, it was classified as part of a UNESCO world heritage site in 1994.

When the Ilôt Gastronomique, also known as Um Bock in the vernacular, was restored in the 1980s, the former owner sought to keep its ancient soul and character. The property was transformed into a place to dance, drink, and celebrate life. Since many years, it has been a unique space for cocktail bars, restaurants, and art galleries. At the same time, it has served as an attractive living space in the heart of the city.

The property will be sold through an auction on the 5th of October 2022, at Hotel Le Royal in Luxembourg. For more information, please visit www.ilot-gastronomique.com.