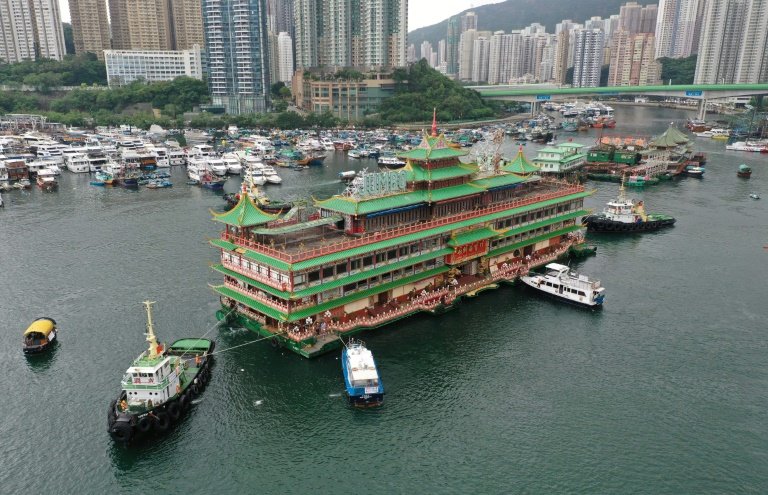 Designed like a Chinese imperial palace, Jumbo was once considered a must-see landmark / © AFP

Hong Kong's Jumbo Floating Restaurant, a famed but ageing tourist attraction that featured in multiple Cantonese and Hollywood films, was towed out of the city Tuesday after the Covid pandemic finally sank the struggling business.

The buoyant behemoth, which at 76 metres (250 feet) long could house 2,300 diners, set out shortly before noon from the southern Hong Kong Island typhoon shelter where it has sat for nearly half a century.

Designed like a Chinese imperial palace and once considered a must-see landmark, the restaurant drew visitors from Queen Elizabeth II to Tom Cruise, and featured in several films -- including Steven Soderbergh's "Contagion", about a deadly global pandemic.

The lavish restaurant's operators cited the Covid-19 pandemic as the reason for finally closing its doors in March 2020, after around a decade of financial woes.

Restaurant owner Melco International Development announced last month that ahead of its licence expiration in June, Jumbo would leave Hong Kong and await a new operator at an undisclosed location.

Under overcast skies, a scattered group of onlookers gathered on the Aberdeen waterfront to see it be dragged away. 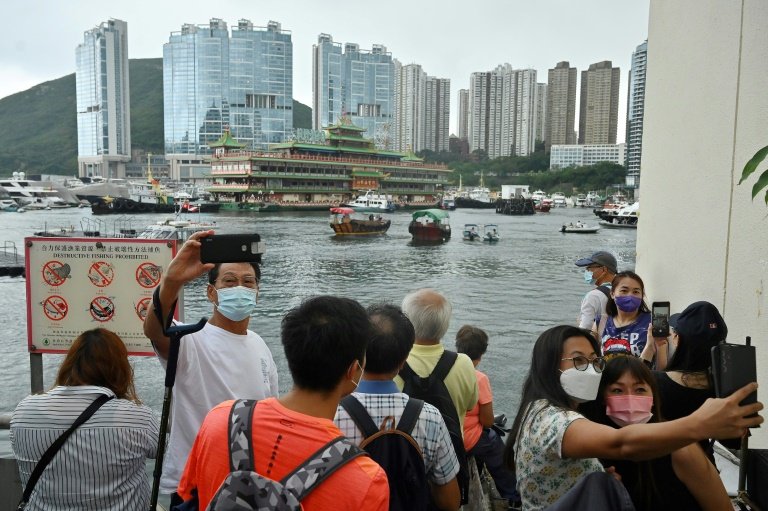 Watching the restaurant's ponderous progress across the shelter waters was Mr Wong, a 60-year-old man who told AFP he had come specially to see its departure.

"The exterior was for many years a symbol of Hong Kong," he said, adding he had eaten there once 20 years ago.

"I believe it will come back and I look forward to it," he added wistfully.

Another spectator, who gave her name as Mrs Chan, said she had heard the news and came to take one last picture by the restaurant before it left.

"Jumbo has a long history and it has attracted many locals and tourists... It's a restaurant that's known to the world." 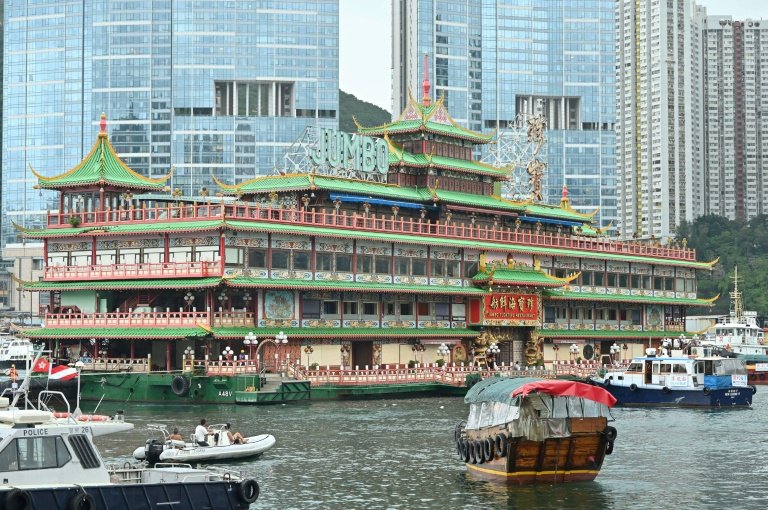 Opened in 1976 by the late casino tycoon Stanley Ho, the Jumbo Floating Restaurant embodied the height of luxury / © AFP

It featured a "dragon throne" in the style of the Ming dynasty as well as an opulent mural.

The throne was fondly remembered by one of those watching the restaurant's departure on Tuesday, a 24-year-old man surnamed Leung who said he had always begged his mother to let him sit on it when they visited for dim sum.

"There are quite some childhood memories for me," he said. "I feel a bit sad. (Coming here) to see it is like bidding my farewell."

Aberdeen harbour was traditionally a hotspot for seafood eateries -- and fierce competition for customers only cooled when Jumbo's operators acquired its biggest competitor, Tai Pak Floating Restaurant, in the 1980s.

The restaurant was kept afloat by Hong Kong's booming tourism industry but its popularity had dimmed in recent years even before the coronavirus hit. 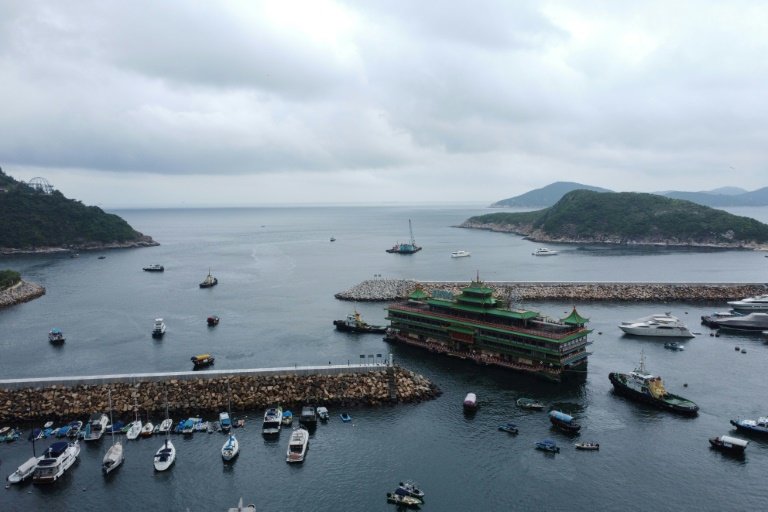 Restaurant operator Melco said last month the business had not been profitable since 2013 and cumulative losses had exceeded HK$100 million ($12.7 million).

It was still costing millions in maintenance fees every year and around a dozen businesses and organisations had declined an invitation to take it over at no charge, Melco added.

In her 2020 policy address, Hong Kong leader Carrie Lam announced plans to turn the restaurant over to local theme park Ocean Park for revitalisation, but the project fell through after the park said it could not find a suitable operator.

The ailing restaurant's fate was sealed just days before Lam is set to leave office.

In a sign of its dilapidation, on June 1, Jumbo's kitchen boat listed into the water after a suspected hull breach, tilting almost 90 degrees.

The derelict kitchen boat will be left behind, according to local media.