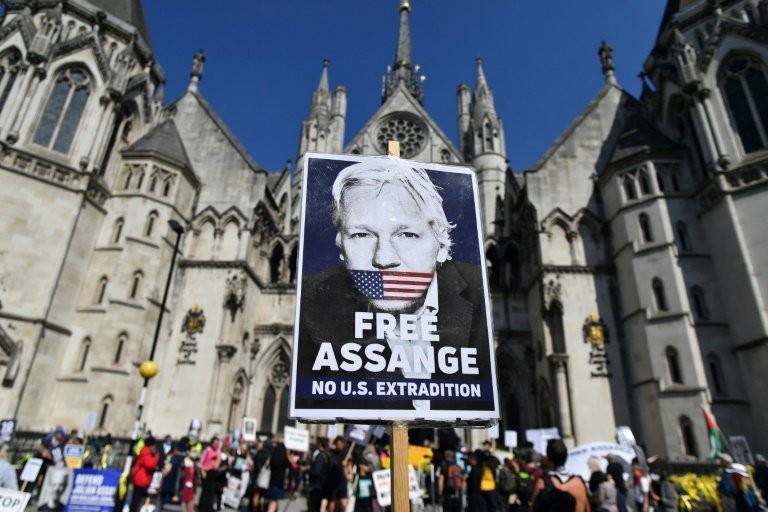 The US government will on Wednesday begin an appeal to extradite WikiLeaks founder Julian Assange to face trial for publishing military secrets, after a British judge blocked a request earlier this year.

Washington said after the decision in January that it was "extremely disappointed" by District Judge Vanessa Baraitser's decision, which was made on the grounds of Assange being a suicide risk.

It is seeking to overturn that ruling at a two-day hearing from Wednesday, arguing that the judge "didn't appreciate the weight" of expert evidence that said he was not at risk of taking his own life.

Instead, it claimed the judge was "misled" by relying on evidence presented by Assange's psychiatric expert Michael Kopelman.

Assange, 50, was arrested in Britain in 2019 for jumping bail after spending seven years inside the Ecuadorian embassy in London to evade extradition to Sweden to face allegations of sexual assault, which were later dropped.

Despite his extradition being blocked, Assange has been refused bail pending the outcome of the appeal over fears he would abscond and is being held at London's high-security Belmarsh Prison. 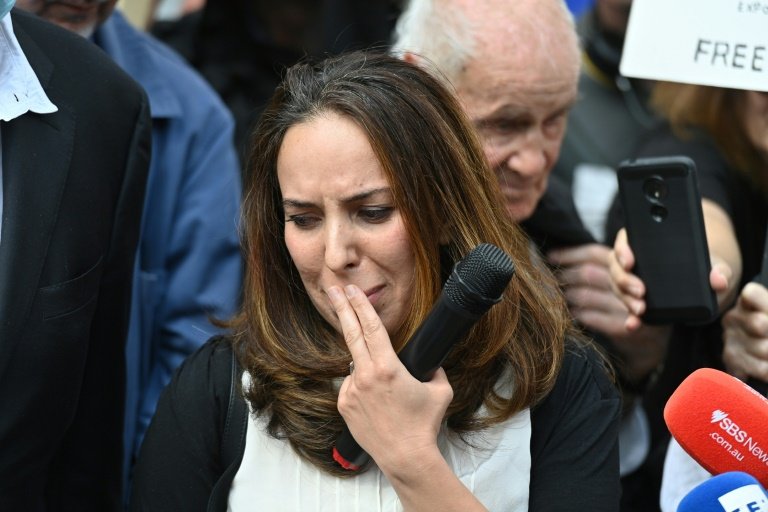 Assange's fiancee Stella Moris has led the campaign for his release from prison, where he is being held pending the outcome of the appeal / © AFP

He is wanted in Washington to face 18 charges relating to the 2010 release by WikiLeaks of 500,000 secret files detailing aspects of military campaigns in Afghanistan and Iraq.

If convicted in the United States, he faces a maximum sentence of 175 years in jail.

Judge Baraitser said it was not evident that the US, keeping him jailed while awaiting trial, would be able to ensure his safety in prisons known for "harsh conditions".

She rejected US experts' testimony that Assange would be protected from self-harm, noting that others such as disgraced US financier Jeffrey Epstein had managed to kill themselves in custody despite wardens' supervision.

Assange, an Australian national, has a vocal campaign of supporters, led by his fiancee Stella Moris, a former member of his legal team who is the mother of his two young boys.

Moris told reporters in London that she had visited Assange in prison on Saturday and was shocked by how thin he looked.

"He was looking very unwell," she said.

"The point was that Julian would not survive extradition, that was the conclusion of the judge."

Legal expert Carl Tobias, from the University of Richmond, said there was "some chance" of the US winning its appeal.

"The US may be able to convince the High Court that Baraitser assigned too much weight" to the Kopelman report, he told AFP.

"However, even if the High Court agrees with the US contention that she accorded too substantial weight to the expert report, that may not be sufficient to warrant overruling her entire decision," he added. 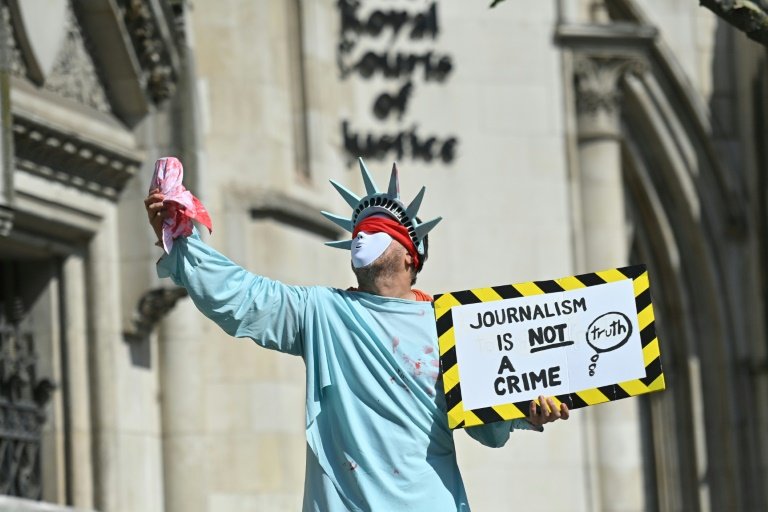 Assange was indicted for violating the US espionage act in leaking the US files, and for hacking, based on the alleged assistance he provided former military intelligence officer Chelsea Manning in obtaining the documents from secure military computer systems.

But the US case raised free speech issues, with Assange and his defenders maintaining that WikiLeaks enjoys the rights of any other media to publish secret materials in the public interest.

Rebecca Vincent, of Reporters Without Borders (RSF), said he had been "targeted for his contributions to public-interest reporting" and urged President Joe Biden to drop the case.

Assange's French lawyer Antoine Vey told AFP that his client "was a man who is very scarred, both psychologically and physically", adding that his condition had worsened.

The WikiLeaks publisher sought, but failed, to obtain a pardon from Biden's predecessor Donald Trump, whose 2016 election campaign benefited from WikiLeaks' release of materials that damaged his Democratic opponent, Hillary Clinton.

If the US appeal is successful, the case will be sent back to the lower court for a new decision to be taken.

Whoever loses in the High Court can ask for permission for a further, final appeal to the UK's Supreme Court.