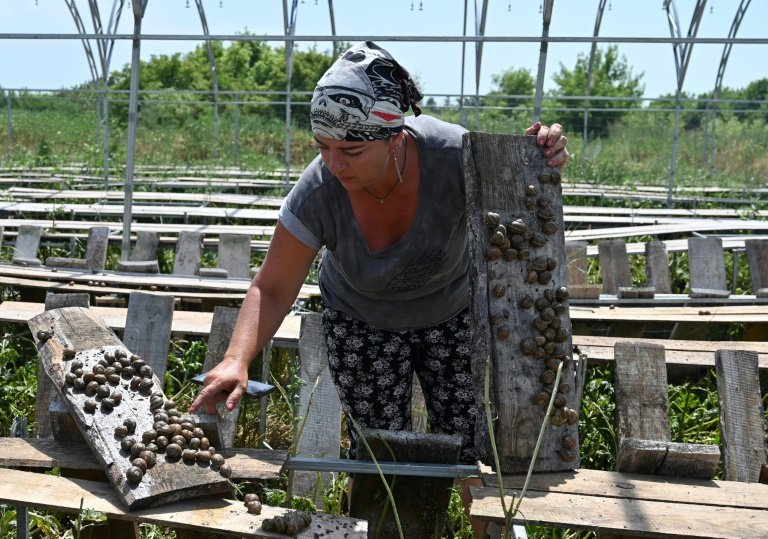 'Snail mother' Yulia Koretska at her farm, one of some 400 now in Ukraine exporting snails / © AFP

Residents of Voynivka south of the capital Kiev would peek over the fence of the old dairy farm where manager Yulia Koretska kept the snails to ask if people really ate them.

"They called me the snail mother," she laughed, surrounded by wooden boxes of snails in a green field under the blazing summer sun.

But sweeping coronavirus restrictions that plunged the global food service industry into an unprecedented crisis have threatened to wipe out the fledgling farms in one of Europe's poorest countries. 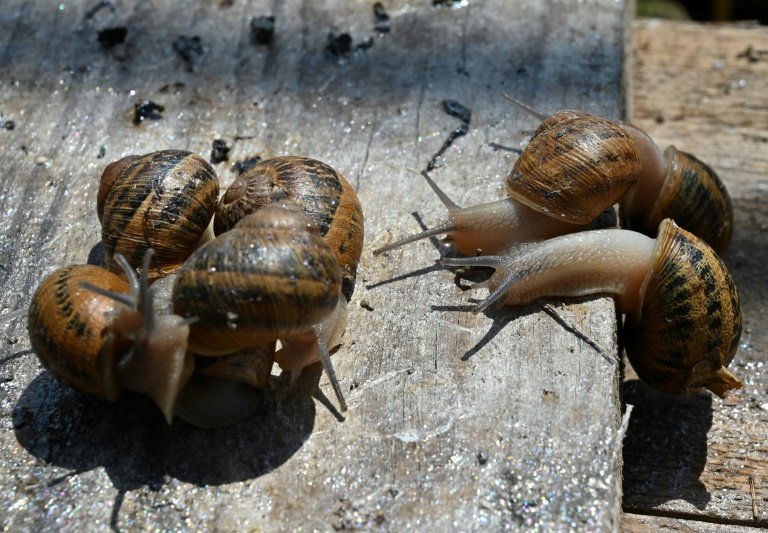 Lockdowns in Europe mean demand for snails has fallen off / © AFP

Most snail farmers in Ukraine -- where the delicacy has yet to catch on -- rely heavily on sales to restaurants in Europe where economies are still struggling to recover to pre-pandemic levels after months-long lockdowns.

"Last year everything was great. This year is the exact opposite," says Sergiy Danileyko who owns the Ravlik-2016 farm in Voynivka and runs a warehouse in Spain.

Lost orders from European Union countries have already cost Danileyko 55,000 euros ($63,748), he said, while snails meant for delivery are perishing in refrigerators.

Yuliya Nastasivna, director of Ravlykova Khata farm in the Zhytomyr region west of Kiev, has also struggled to shift stock.

She concedes that domestic sales will probably not make up for losses from Europe, since snails are too expensive for most Ukrainians and are still a culinary curiosity.

"If there is no export, then I'm afraid all farmers will collapse," she says.

Nastasivna worries the outlook will be especially bleak if France and Spain go into lockdown again later in the year if there is a surge in infections.

"We must survive," Koretska told AFP at the Voynivka farm. "We can't give up all this." 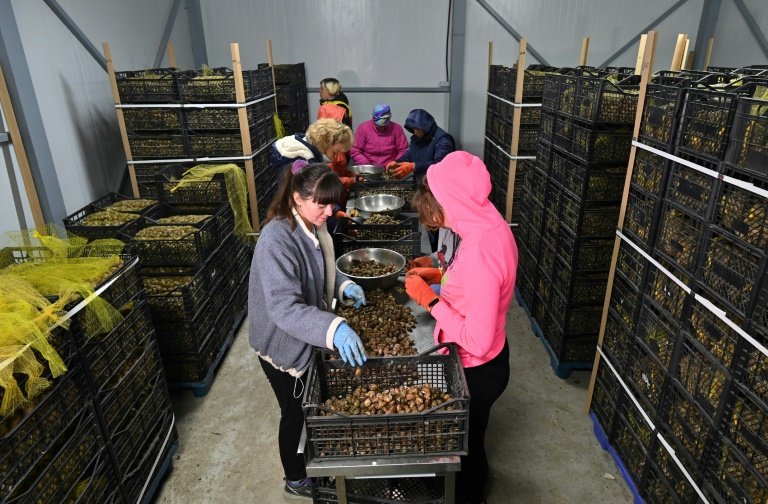 Before the pandemic, Ukraine's snail industry was booming.

Producers last year delivered nearly 250 tonnes to Europe -- up from just 93 in 2018 -- according to data from Ukraine's consumer watchdog.

A national association of producers said it expected farmers to yield 1,000 tonnes this year compared to 200-300 tonnes in 2019.

Ukraine's snails are in such high demand because they are cheap and of good quality, says Nastasivna.

The exports include garden sails -- which Nastasivna prefers and wild snails that she says "smell of soil".

"Many foreigners don't even believe there are snail farms Ukraine. When they find out, they want to know more and more".

The country's main competitor, Poland, has the added advantage of being part of the EU, she said, and Ukrainian farmers are working to woo European clients by undercutting prices by around 10 percent.

The strategy saw her secure sales in France for the first time this year and before the pandemic she was in talks with buyers in Italy.

Danileyko and his business partner meanwhile was negotiating with Asian markets and developing snail-based products, like spreads and frozen products. 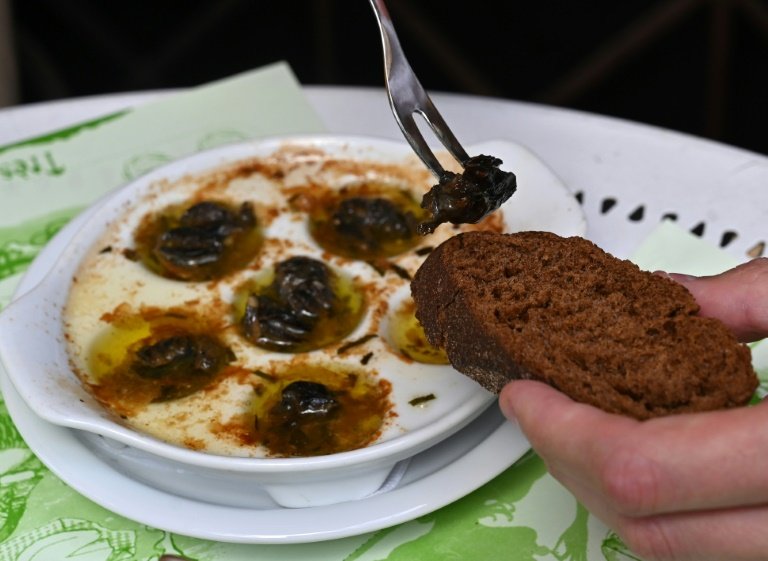 Ukrainians are just starting to develop a taste for snails / © AFP

"We have a very large assortment of escargot, pastries, frozen fillets, fillets in jars," said the 43-year-old who also mentors other farmers.

"We even have burgers."

Despite their popularity abroad, Ukrainian snails have yet to find favour at home where they are prohibitively expensive and too peculiar for most restaurant goers.

But Anna Miller, manager the of Tres Francais restaurant in central Kiev, says her clients are venturing from their gastronomic comfort zones and snails are becoming more popular.

"If you compare to eight years ago, then, of course, snails have become more familiar to our guests," she says.