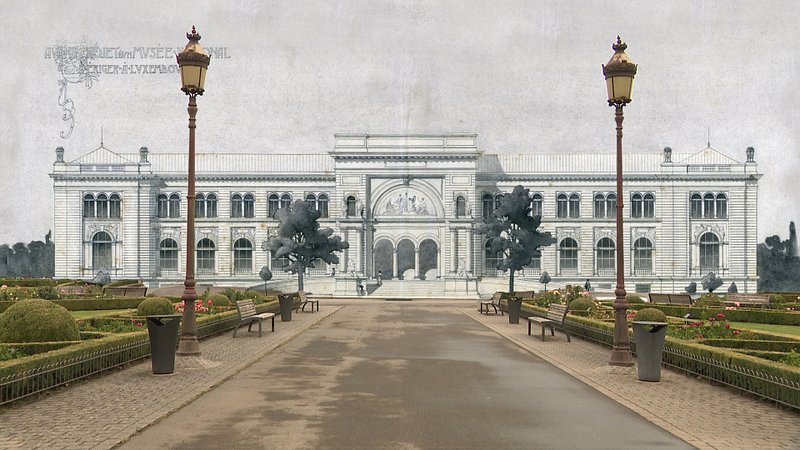 In this new series, “Planned, yet never built”, we are going to look at the Grand Duchy and what it could have looked like if things went differently.

120 years ago, the development of the Plateau Bourbon started. The well-known German urbanist Josef Stübben received the job to design the district between the Gare Centrale and Ville Haute, the 'Upper City'.

For the most part, his proposals have been realized and are now part of the landscape, but a few elements on his plans were never implemented.

At the Rousegäertchen, officially known as 'Place des Martyrs', where the former ARBED building is located, was supposed to be a National Museum.

Who are Luxembourg's martyrs? Find out more about the Grand Duchy's religious history

The entry to the museum would have faced the Avenue de la Liberté, also known as 'New Avenue' among Luxembourgers, historian Robert L. Philippart explains.

The most beautiful side of the museum was supposed to be turned towards the City. This side was supposed to showcase grand stairs, a graduated facade and an equestrian monument. When looking over from the city, you would then be able to see the museum in all its glory. 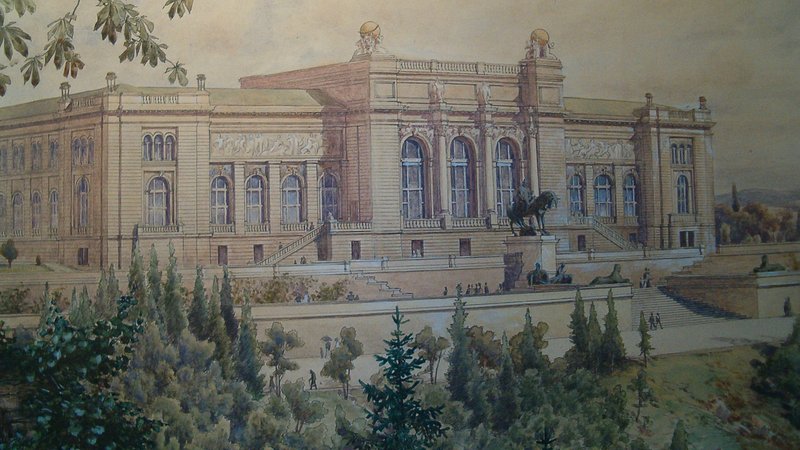 The National Museum with the view from the Petrusse. / © Nationalarchiv

Unfortunately, not everyone was a big fan of placing such a museum into a completely new district, so the idea was dropped.

In 1917, Sosthène Weis, city architect, presented various plans and variants to build a 'Palais de Justice', a justice palace, at that location. This idea as well was not received with a lot of enthusiasm.

Local businesses feared for their incomes and argued that once the magistrates left the Haute Ville district, so would the clientele, explains Philippart. 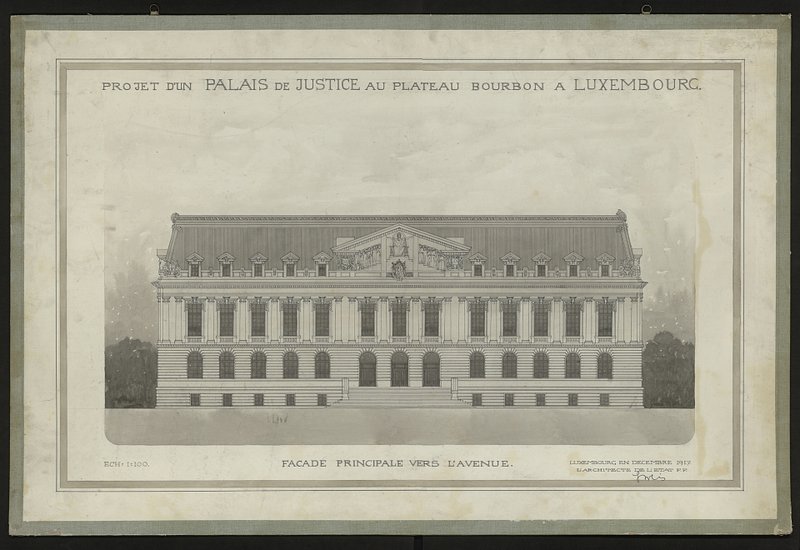 At that point the government decided to sell that piece of property. The property was bought by the ARBED ("United Steelworks of Burbach-Eich-Dudelange") and made it possible to bring in people and create employment opportunities that weren’t in direct competition with the existing businesses.

The drawings and plans of all these projects can now be found in the National Museum. They show an artistic sensibility, says Philippe Nilles, conservator in the national archives.

According to the 1901 plans for the museum, and later the palace, one can see a that a church was supposed to be built on the west side of the plateau. 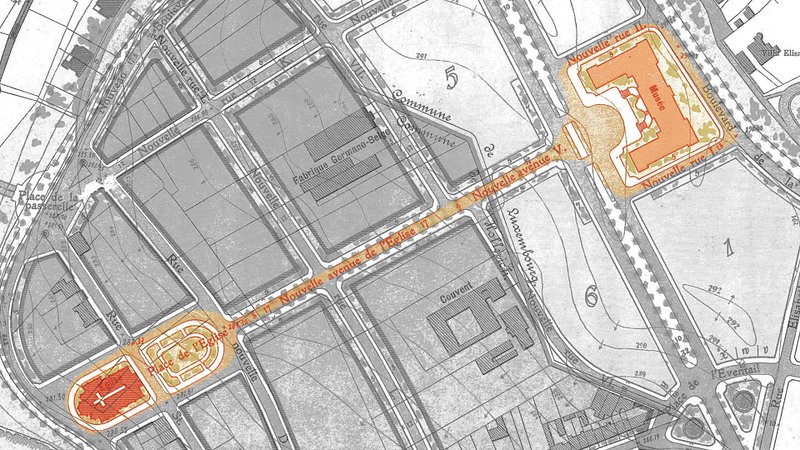 Residents of the Gare district wanted to have their own church. That seemed to be easier said than done, considering the church would have been in two districts at once. After discussing this project for 30 years, nothing ever came of it.

You can find the plans in more detail on www.luxatlas.lu.