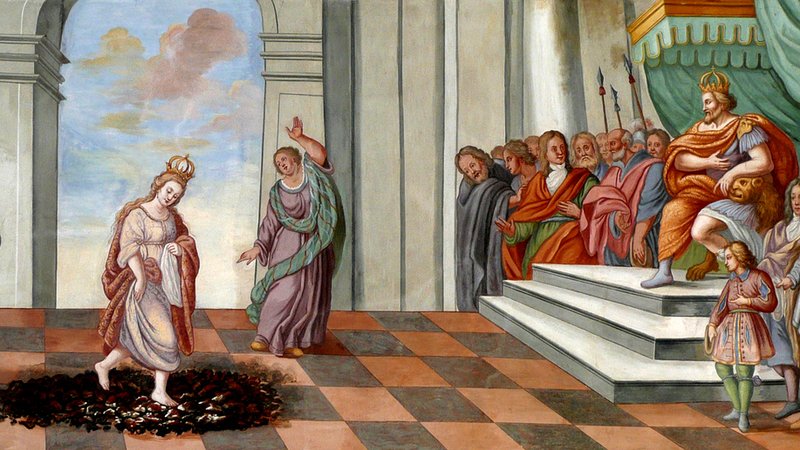 The ordeal of Cuningunde, proving her innocence of adultery. / © Public domain

1 November marks All Saints' Day, a Roman Catholic tradition celebrated not only in Luxembourg, but other Catholic countries too.

All Saints, or Allerhellgen in Luxembourgish, sees families visit cemeteries and pay tribute to their deceased loved ones, alongside mass. Alongside the personal commemorations, the tradition is the feast day of all the saints, canonised or not (as the name might just reveal). As with many Catholic traditions, the roots of the celebration may also be pagan.

Whilst gradually martyrs were given their own feast days, the Church felt it was apt to appoint a common feast day to venerate all martyrs. We can trace the tradition back to the fourth century in Antioch, but the anniversary of all saints was officially proclaimed by Pope Boniface IV on 13 May 609 or 610.  Pope Gregory III (731–741) later moved the date to celebrate All Saints to 1 November.

To perhaps focus a little less on the death aspect, we've decided to look at the two patrons of Luxembourg. There are several other saints with links to Luxembourg, such as Pierre de Luxembourg, the Bishop of Metz from 1384 to 1387, who was made a saint and had a cult following in Metz, Paris, Verdun, and Luxembourg. Both Saint Ansbald of Prüm and Saint Ghislain are said to have links to Luxembourg, with Ansbald born there.

Let's begin with the saint that English-speaking people (well, those from the UK) are likely most familiar with - St Willibrord, the founder of the Abbey of Echternach. St Willibrord is one of the earlier links between Luxembourg and the United Kingdom, as he was born in Northumbria, as it was then known, circa 658. It is likely that Willibrord was born near York, and joined the Abbey of Ripon as a child before entering the tutelage of St Wilfrid, Bishop of York.

Willibrord joined the Benedictines, and was trained and based at Rathmelsh in County Carlow, Ireland for 12 years. Then, Willibrord set his sights on mainland Europe, leading eleven other Carlow based monks on a mission to the Frisian Land. In 695, he was consecrated a Bishop by Pope Sergius I. Willibrord first established a monastery, then a cathedral in Utrecht.

Moving on to Echternach, the first-century Roman villa based in the town belonged to the diocese of Trier by the sixth century, which then built a small monastery. Willibrord had a reputation as a talented proselytiser, referred to as the Apostle by the Frisians, and was granted land to build a larger monastery by Irmina of Oeren in 698. He opened the first church in Echternach in 700, backed by Irmina's son-in-law, Pepin of Herstal.

The influences supporting Willibrord's endeavours in Echternach were varied: Pepin's son Charles Martel, the founder of the Carolingian dynasty, had his son baptised at the Abbey of Echternach, and Wilfrid of York supported Willibrord as well. Finally, Willibrord had many Irish monks join him at the first settlement in Echternach, making the monastery the first Anglo-Saxon one in continental Europe. 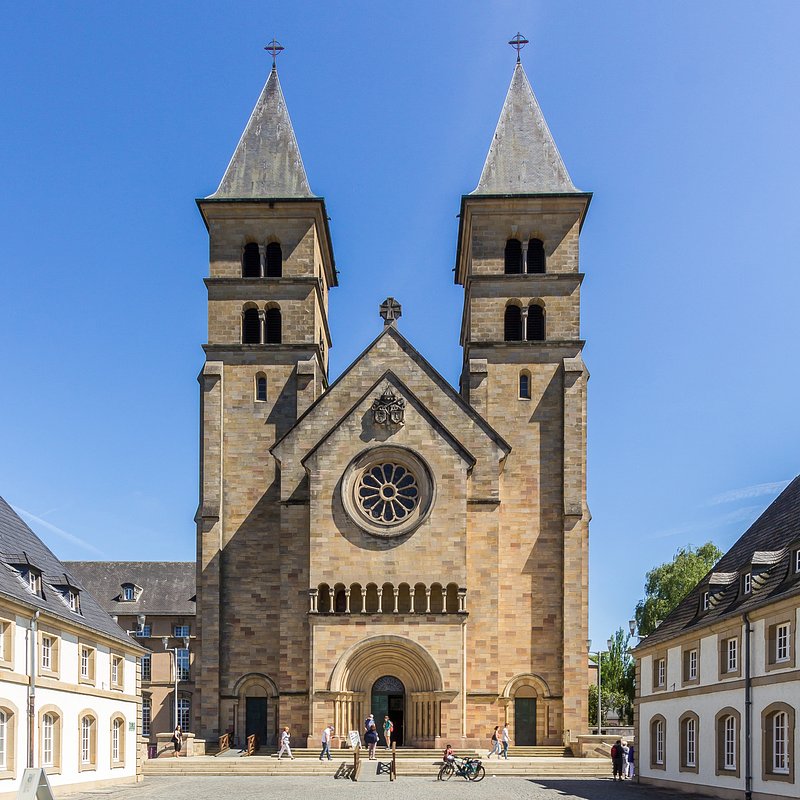 Willibrord died in 739 aged 81, and was canonised not long after. His death day (7 November) became his feast day and the Abbey of Echternach became a place of pilgrimage. We know that Willibrord spent time at Lindisfarne Abbey, as he took the manuscript then-dubbed the Echternach Gospels from Lindisfarne to Echternach. Willibrord became patron saint of Luxembourg and is also honoured by the UNESCO intangible heritage tradition known as the Echternach hopping procession!

The patroness of Luxembourg is someone we might perhaps be familiar with, as she was the daughter of the first person to rule Luxembourg (back then known as Lucilinburhuc ) - that's it, Sigfried, Count of the Ardennes! Cunigunde was born circa 975, one of Sigfried's eleven children with Hedwig of Nordgau.

Throughout her life, Cunigunde was said to be pious and wished to be a nun. Cunigunde actually married the later-Holy Roman Emperor Saint Henry II, but some sources suggest that their marriage was a spiritual one and never actually consummated. What we know for certain is that their union remained childless, but some sources suggest this was by mutual agreement and that Cunigunde took a vow of virginity with the consent of Henry before the two married in 999. It could be that this was true and the marriage was one of companionship, a so-called white marriage, but other historians suggest that perhaps hagiographers misinterpreted the childless nature of the marriage to mean it was a celibate one. As with history from this time period, we simply do not know for certain if the sources do not exist.

Cunigunde was both politically involved and remained religious throughout her life. She advised her husband politically, and encouraged him to donate land to the Church. Additionally, after Henry died in 1024, she reigned as Regent of the Empire for a short time. Cunigunde also became gravely ill during her life, vowing to found a Benedictine monastery in Kassel if she were to recover. She did and upheld her vow, but her husband died before the work was completed. She retired to Kaufungen Abbey in Hesse, entering the monastery of Benedictine nuns a year after her husband's death.

Cunigunde died in 1040 and was buried at Bamberg Cathedral next to her husband. She was canonised in 1200 by Pope Innocent III based on her works of miracle. Notably, Cunigunde was accused of adultery but then walked over hot irons without injury, proving her innocence. Upon performing the Sign of the Cross, Cunigunde extinguished a blaze that threatened her and her maid's lives. She is widely venerated, namely in Detroit, Lithuania, Poland, Germany, and of course, Luxembourg. Cunigunde is the patroness of Luxembourg and the parish church of Clausen is dedicated to her.
----