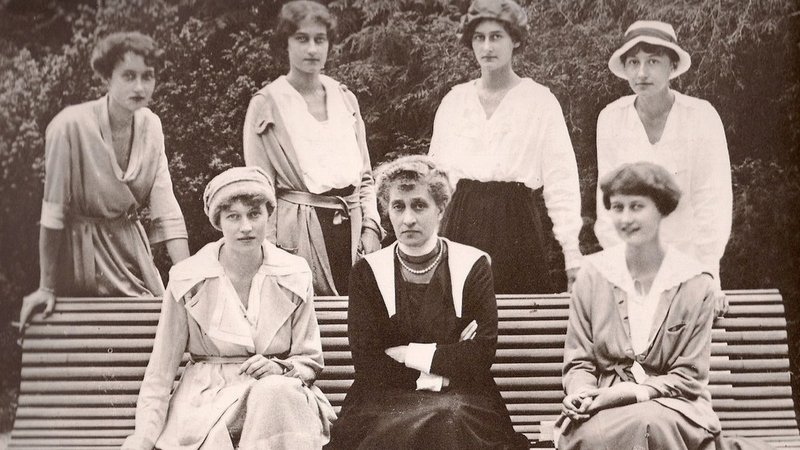 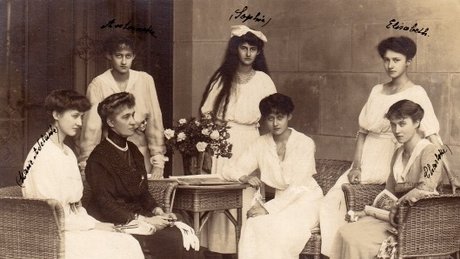 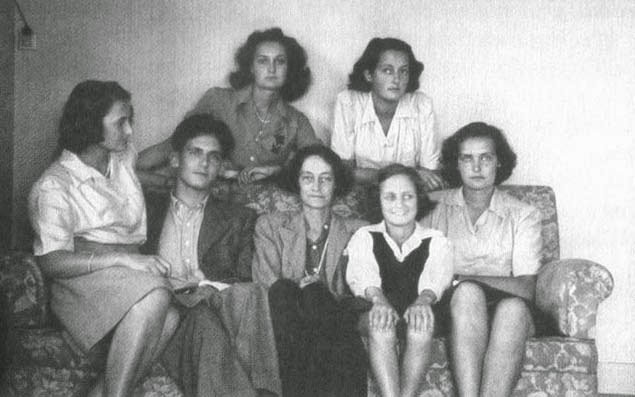 From left to right: Princesses Editha, Hilda, Gabrielle, Irmingard, and Sophie with Countess Paula von Bellegarde. The image was taken shortly before the princesses left Augsbourg for Luxembourg in May 1945. / © Public domain
Crown Prince Rupprecht and his six children. / © Public domain
The photos published on this site are subject to copyright and may not be copied, modified, or sold without the prior permission of the owner of the site in question.