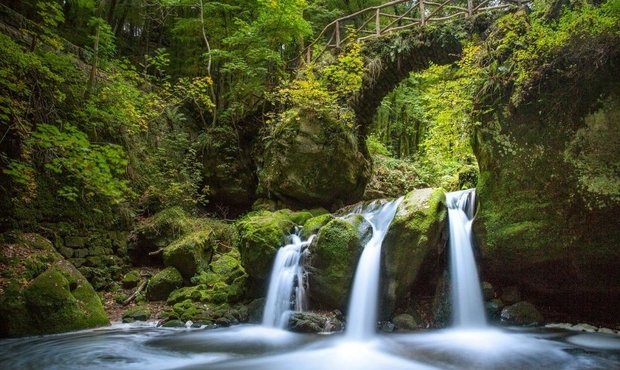 The "Schiessentümpel" in Luxembourg's Mullerthal region has not failed to attract eminent film crews in the past. / © visitluxembourg.com

Luxembourg may be miniscule in size but, let us assure you, its sceneries are worthy of the big screen. Here are some movies that you maybe didn’t know were (partly) filmed in the Grand Duchy…

“Luxembourg? Only banks and fields there, right? At least in the movies I mean,” a particularly quick-witted acquaintance recently remarked. Admittedly, this furrow-browed assessment of Luxembourg’s portrayal within the filmic medium holds true to a certain extent – the recent success of Bad Banks or the sporadic references to Luxembourg’s allegedly unscrupulous financial establishments in crime series like Noah Hawley’s Fargo seem to attest to this view.

Even though film crews often flock to the Grand Duchy specifically to capture images of its cityscape and office buildings, there are refreshing exceptions to the rule. Let's take a trip down memory lane.

In 2014, some of the crème de la crème of international actors made their way to the Grand Duchy. Among others, Britain’s Emma Watson and German actor Daniel Brühl filmed several scenes for the historical thriller Colonia. Luxembourgish actress Vicky Krieps, now best known for her role in Oscar-nominated Phantom Thread (2017), also scooped a secondary role in the film. 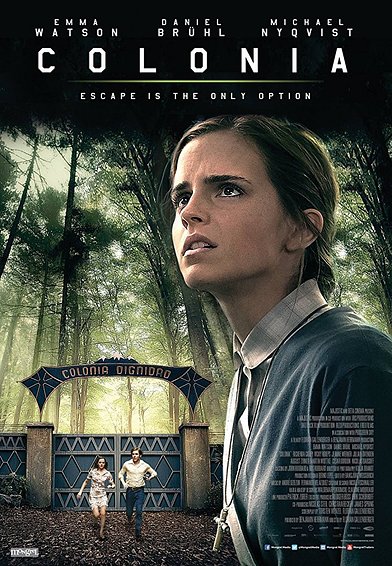 Set against the backdrop of the 1973 military coup in Chile, the film recounts the story of Daniel and Lena (Brühl and Watson), a German couple falling prey to Chile’s tumultuous political climate. When Daniel is abducted by Pinochet’s secret police, Lena is set to rescue her boyfriend. The desperate quest ultimately brings her to the “Colonia Dignidad,” a sealed-off sect with a diabolical leader.

The film received financial support from Film Fund Luxembourg and principal photography began, you guessed it, in Luxembourg. Filming locations in the Grand Duchy include the scenic “Little Switzerland” Mullerthal region, complete with its iconic “Schiessentümpel” waterfall (see gallery below). Another notable location is an ancient slate quarry in Haut-Martelange, which currently hosts a slate museum.

Watson against Mullerthal backdrop. / © Colonia (2015)
Luxembourgish actress Vicky Krieps as Ursel. / © Majestic / Ricardo Vaz Palma
Ever went for a hike here? / © Colonia (2015)
© Colonia (2015)
The photos published on this site are subject to copyright and may not be copied, modified, or sold without the prior permission of the owner of the site in question.

… when Al Pacino and Scarlett Johansson came to Esch aka Venice-sur-Alzette?

Quick question: what do the two blockbusters The Merchant of Venice (2004) starring Al Pacino and Girl with a Pearl Earring (2003) starring Scarlett Johansson have in common?

Even though the two movies vastly differ in content and style, both works feature several scenes that were shot in a miniature version of Venice – in Luxembourg! Back in 2001, Italy’s floating city was rebuilt in a former industrial site in Esch for Bosnian director Ademir Kenovic’s Secret Passage. 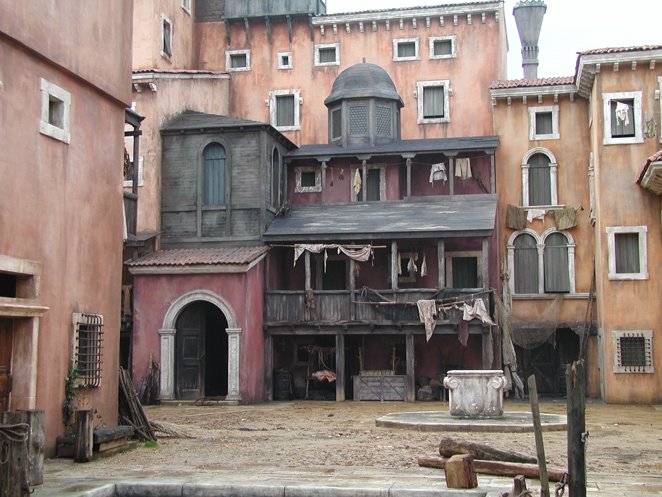 The directors of The Merchant of Venice and Girl with a Pearl Earring later reappropriated the same set for their own works. In other words, Al Pacino did not travel to Venice but to the south of Luxembourg to assume the role of Shakespeare’s Shylock. 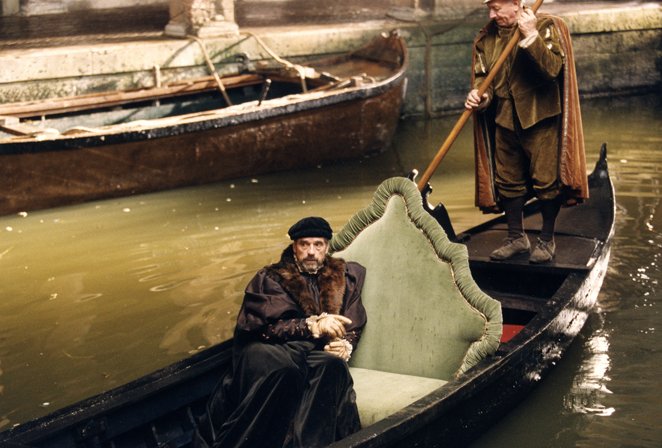 The case of Girl with a Pearl Earring is even trickier. How is it possible that a movie that is set in Delft, Holland was filmed in a recreated version of Venice in Luxembourg?

On the eve of the film release, novelist Tracy Chevalier shed light on this question in an article for the Guardian: “suddenly I was on a plane to visit the set in Luxembourg. Luxembourg? That was one of many surprises about film-making. […] There was a pre-built set in Luxembourg which had been used for a film set in Venice, and with a change of window shape and brick replacing Venetian stone it looked quite Dutch.”

Film-wise, 2001 was also an eventful year in the north of the Grand Duchy. Vianden castle became one of the main filming locations for Peter Hyams’s action film The Musketeer, Luxembourgish film critic Jean-Pierre Thilges tells me. “Not everyone was happy at the time, they almost tore down the castle during the film works. Former Vianden mayor Victor Abens was not amused at all,” Thilges recalls.

Can you spot Vianden's iconic castle in the film trailer?

...when an Oscar-nominated movie was shot in Fond-de-Gras railway park in the south of Luxembourg?

Dutch director Ben Sombogaart’s 2002 film Twin Sisters recounts the divergent fates of two sisters after they are separated at the tender age of 6. The movie received largely positive reviews and was even nominated for best foreign film at the Oscars in 2004.

Once again, the producers decided to shoot several scenes at another iconic location in Luxembourg: the Minett Park Fond-de-Gras near Differdange. Historically, the Fond-de-Gras was one of Luxembourg’s most significant mining centers. Even though the last mine closed in 1964, several historic buildings such as the railway station (featuring in Twin Sisters) have been preserved and the site functions as an open-air museum today. A visit is highly recommended! 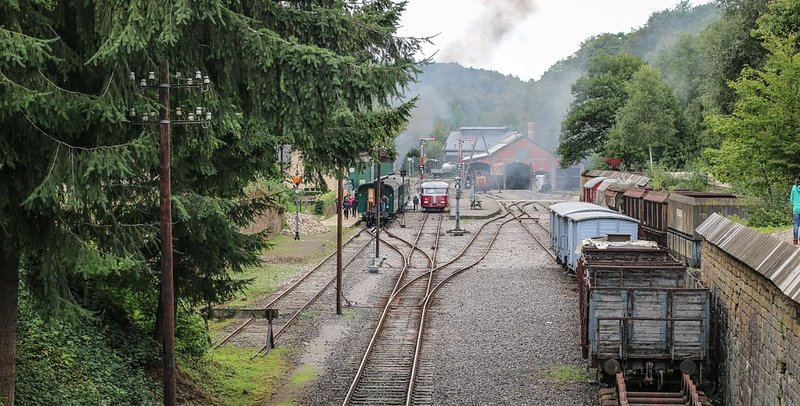 The list of film locations in Luxembourg goes on. Did you for instance know that a French movie (L’addition) was shot at Schrassig prison before it became operational? And that the producers of An American Werewolf in Paris (1997) actually rebuilt the platform of the Eiffel Tower in an abandoned factory in Wecker?

What can we say... small country, big film locations!

Special thanks to Jean-Pierre Thilges for sharing his broad cinematic knowledge!