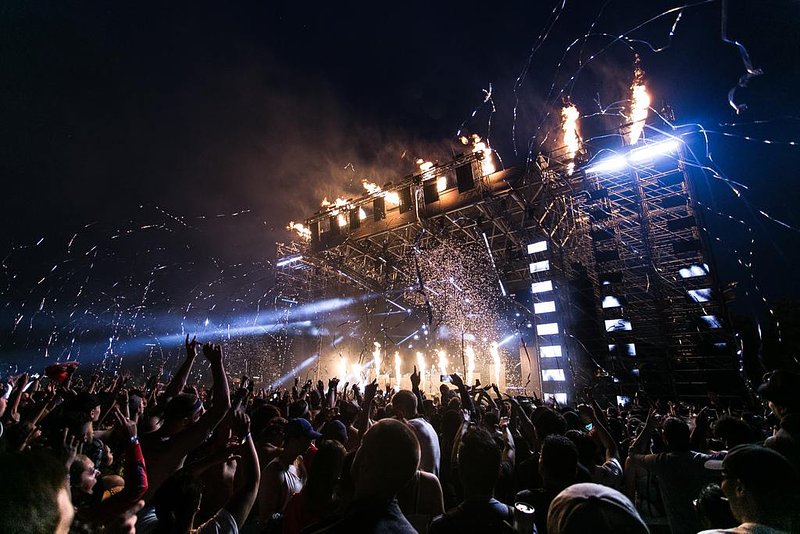 For such a small country Luxembourg has really gone large on music venues. Just about every taste is catered for.

It wasn't too far away from these pages that an editor had asked whether Luxembourg was boring. Converted to internet mileage, that article is but a parsec away.

Whatever people may think of the Grand Duchy, one thing that is without argument is the breadth of musical entertainment on offer, via a host of venues.

Per capita or per Km2, there are few places that can hold a candle to the pull of the 'Burg.

Luxembourg has become an important destination, not just for the European tours by major international groups but as a corner of the world that has a rich tapestry of fans, tastes and audiences. 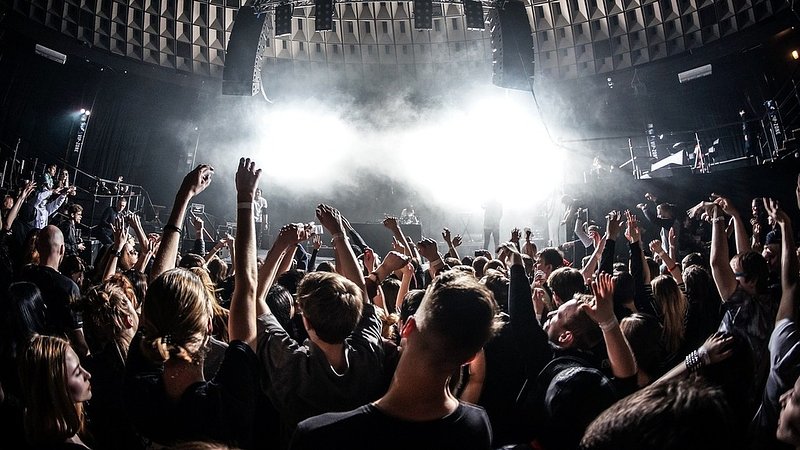 Promoters and agents now (after incredible work from those behind the scenes) acknowledge that, instead of being a calendar-filling stopover, Luxembourg has the capacity to significantly add to a band/act/star's lustre.

It is often said by those that play here what a wonderful and unexpected experience it has been.

And they are not wrong.

The only trouble you, as a punter, can sometimes face is to chose WHICH gig to attend.

Here, then, is a round up, in no particular order, of the venues in Luxembourg*

Rockhal
Popping up in 2005, the country's first 'purpose built' venue for amplified music became a key player in attracting 'larger' acts to Luxembourg. Rockhal offers two main concert halls (with capacities for 6,400 and 1,200 people respectively) that can be adapted to house varying audiences, a 'Rockhal Floor' for showcase gigs, eight rehearsal rooms and ties with the neighbouring music resource centre.

Casino 2000
The Casino 2000 is not only a gambler's paradise, it offers all kinds of concerts in the Purple Lounge or the Chapito.

Liquid
Liquid is a well known bar with relaxing atmosphere that offers regular and very popular jazz and blues concerts. This little venue is key in supporting the local scene & talents as well as international artists.

ArCa
Concert hall and music school based outta Bertrange, this little known treat is well worth seeking out.

Trifolion
The cultural, touristic and congress center of the City of Echternach, home of the European Union Baroque Orchestra (EUBO) and a regional music school.

Gudde Wellen
Located in the discrete side roads of the plateau Saint Esprit, De Gudde Wëllen is a 'one size fits all' venue that opened its doors in December 2014. Known among music lovers and urban dwellers alike, the DGW offers a wide range of events featuring live concerts, screenings, lectures, electronic nights and performances.

CaPe
Found in Ettelbruck, CaPe (Centre des arts pluriels Ed Juncker) is one of the most important cultural venues in the Grand Duchy. It features classical music, operetta, jazz, and musicals, as well as theatre, cabaret and films. One of the highlights of its programming is the offer directed at young audiences.

Sang and Klang
Since the Blues Club decided to organize its concerts there, it has become the Mecca for blues in Luxembourg. The concerts of the Blues Club Lëtzebuerg take place here and the hall and can hold 250 people.

den Atelier
Arguably Luxembourg's most well-loved venue. This Hollerich based former garage hosts headliners with world-class reputation in an intimate atmosphere. Capacity is cosy what with room for just over a thousand people. As the venue's reputation grew so did the size of the bookings, often partnering with Rockhal, Coque, KUFA and The Box.

Rocas
Home of an eclectic roster of events, gigs, DJ sets and one of the hottest spots in town.

Rock Box
More of a rock bar than, say, a bone fide music venue, Rock Box, nestled in the Rives De Clausen, nevertheless hosts many a zany gig in their lovely walls.

Plain Vanilla
This rock bar is perhaps a bit out in the sticks, but has a wonderful reputation as a good time place to be.

Op Der Schmelz
Found in Dudelange, this venue has a wide ranging list of events — classical, new, singer-songwriter and pop-rock — as well as cabaret, theatre, contemporary dance and entertainment for children. The Like a Jazz Machine festival presents famous names of the international jazz scene as well as performers from the lively Luxembourgish jazz scene.

The Box - LuxExpo
Situated on the Kirchberg plateau, this is a multi-purpose convention destination which can host large scale music events and cater for exhibitions and shows.

Philharmonie
As one of Europe's most renowned concert halls, The Phil is fast becoming THE venue that best represents the Grand Duchy's growing stature. A programme that is as varied as it is rich in quality, and acoustics that are among some of the best to be found anywhere, this glorious structure is a gem. If you've not been before, do yourself a favour and get on down there asap.

Conservatoire
The auditorium at the Music Conservatory is a place not to be missed by music lovers, while the Museum of Instruments houses the piano on which Franz Liszt played for the last time in 1886.

Kulturfabrik
Esch's 'other' cultural centre, 'Kufa' in short, is housed in a former municipal abattoir,. It offers art-related events and activities throughout the year, including theatre, cinema, concerts and dance.

Rotondes
Having moved around a couple of times this wonderful venue offers wide-ranging events and attractions, housed under the nomenclature KLUB (found tucked away inside Rotonde 2).

** there are many, many more events and activities, festivals and exhibitions, please send your recommendations to contenttoday@rtl.lu

Anything else I should be aware of:

For sure...there are a wide ranging number of supports for burgeoning talent. You'll need to be savvy, in this new-fangled age, and get yourself out there and ensure that not only is your talent out of question but that your credibility also stands up under close scrutiny.

Luxembourg audiences are a fickle bunch...but get them behind you and you've fans for life.

Sacem
ACEM Luxembourg represents and defends the rights of authors and creators worldwide and plays a crucial economic role in preserving musical creation.

Schallot
One of the key players in supporting the local scene of Luxembourg! The Out Of The Crowd festival remains one of the most important dates on the Lux music calendar.

Music: LX
Non-profit organization and network, created in 2009 with the aim to develop Luxembourgish music of all genres around the world and to promote professional exchange between Luxembourg and other territories.

Audio Oak
Audio Oak is a project studio based in Dudelange/Luxembourg, run by audio engineer and producer Tom Gatti.

With such a large array of venues, music styles and venues that branch out with themed nights, it is somewhat inevitable that we may have missed your favourite secret spot.

If that is the case, please let us know through contenttoday@rtl.lu and we can add to this pseudo directory accordingly.