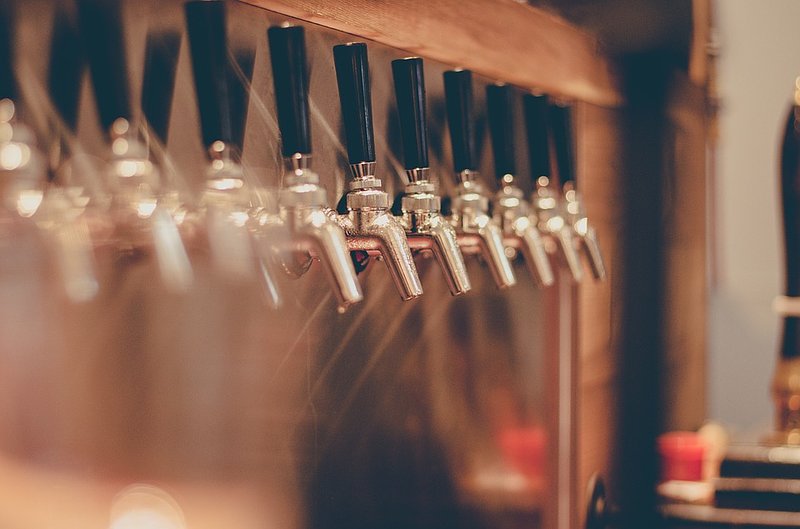 Luxembourg may not have quite the reputation of its neighbour (I'm looking at you, Belgium) when it comes to the quality of its beer - but that's changing.

Note: This article was written in 2018. We try to update it when a brewery closes, or a new one opens. If you spot something amiss, drop a comment below or send an e-mail to contenttoday [at] rtltoday [dot] lu.

While you may only be familiar with the big boys of the Luxembourg brewing scene, the Grand Duchy is actually home to quite a few breweries - and they all deserve far more cred than they get. In this brief article, which was adapted from an earlier Knowledge Bite of ours, we'll introduce you a good selection of Luxembourg's breweries, both big and small. Get your beer glasses cleaned up and put a nice shine on 'em, because you'll want to head out and try some of these by the time you're done reading.

Before hop into the barrel, you may also want to check out our video introduction to Artisan'Ale, an excellent beer shop in the City where you can get your hands on many of the beers below.

This is going to be a fairly long article, so rather than blabbering on I'll get straight to the point and list off a few brewers of beautifully balanced beverages. In alphabetic order, here we go..

Clearly pretty good at what they do, Bare Brewing of Differdange won the ‘people’s choice award’ during the Luxembourg Microbreweries Exhibitionin 2019. Their lineup includes White IPA and PLZNR, which are, if you would believe it, an IPA and a pilsner. Their beers can be found in shops, restaurants, and bars across the Grand Duchy. They don’t currently seem to have a website, but they do have Facebook.

One of the largest breweries in the land, Brasserie de Luxembourg offers a considerable range of beers – including Diekirch Premium, Diekirch Grand Cru, Diekirch 0.0%, and Mousel. The brewery itself is, much to the surprise of no one, located in Diekirch. More information on their website.

Another of if not the largest brewery in Luxembourg, it would be somewhat surprising if you had not yet encountered their beers more than a few times. Their lineup includes Bofferding Tradition, Bofferding Hop, Hausbéier, Bofferding Christmas, Battin Gambrinus, Battin Brune, Battine Extra, Battin Fruitée, and many more. They also offer tours of their brewery in Käerjeng. For more information, see their websites (Bofferding here, and Battin here).

Perhaps deserving of special mentions is their Funck brand. Located in the Grund area of Luxembourg City, Funck started churning out beers in 1764. For a long time thereafter they were apparently quite the powerhouse on the Luxembourgish brewing scene, but things took a turn for the worse and the brewery was shut down in 1975. It was resurrected in 2018 and offers a vegan and organic beer that’s as ethical as it is delicious. More history and other info here.

While their branding may suggest that this is a newish brewery, they are in fact anything but. Established in Wiltz in the north of Luxembourg in 1824, Simon is an institution on the Luxembourg brewery scene. They offer a huge range of beers under three main brands – Simon, Okult, and Ourdaller. Their Simon Bio is a personal favourite in the lineup of beers you’re likely to find around Luxembourg’s supermarkets. More information on their website, where you can also buy beers, glasses, and other accessories.

Beierhaascht is a microbrewery, restaurant, and hotel located in Bascharage. They brew their unfiltered beers according to the season, so you can expect to find light and wheat beers in the summer, and darker stuff come the winter months. Their sizable lineup of “Lëtzebéier” includes Hell, Donkel, Amber, Weessbéier, and Black Stuff. Naturally the beer should be drunk on the premises, accompanied by a bite to eat. Find out more on their website.

Located in the Clausen area of Luxembourg City, the their beers include Clausel Classic and Clausel Monk, and are of course best enjoyed right in their own pub. You can find out more about them and reserve a table on their website.

This small brewery is located in Heiderscheid and offers a traditional Luxembourgish lager named after the town where it is brewed. They also do custom brewing, perfect for events, and you can buy their standard offering in several shops (their website  has a list of retailers).

Another reader recommendation! The brewery here seems to be based in Bech, just outside of Echternach itself. Their website  is under construction, but they can be found on Facebook. You will find their beer at the brewery itself (see their Facebook page), at Pall Center in Oberpallen, at Maison Ruppert in Oberdonven, Aldo Bei in Foetz, or at Massen shopping centre.

Not familiar with the brewery, I contacted them in 2019 and asked what they brew:

"We are actually doing only one kind of beer. This one is called "Hellen" which is derived from the Bavarian or Austrian type of Beer "Helles" which is smoother in hops and a bit more on the malty side than the typical northern European beers. The reason why we are producing this beer is quite simple, I did my studies in Salzburg and I fell in love with their beer down there immediately. The reason why we are actually doing only one kind of a beer is that we are lacking in space at the brewery. But we are planning to produce two other types of beer mid next year, a "Weizen" and a "Maerzen"".

Launched in 2016, Fox beer apparently represents one man’s struggle to find a beer that would allow him to keep his weight in check. Thus Fox beer was born, and boasts calorie count 33% lower than their average competitor. Fox can be found in most supermarkets, and further information, as always, on their website. While a Luxembourgish company, it is brewed in Belgium (editor's note: this was, at least, the case in 2019).

Going from home to commercial brewing, Totenhopfen are set to shake up the burgeoning brewing scene in Luxembourg. You can find their offerings around Luxembourg, for instance at Artisan'Ale, Brasserie um Tennis, Crossfire, and Café Belair. I haven't had the chance to try their beers myself yet, but have only heard good things! Their website is currently under construction, but they also have Facebook.

Wolff Brewing Co. was founded in 2022 by Joe Wolff in order to continue his passion for brewing great craft beer! Dreams can be pursued in Luxembourg! After his teenage years, he started working in restaurants and café's in Luxembourg while completing his brewers course in Belgium. After which with the now closed Luxembourg based brewery Stuff Brauerei, 12 beers were launched of which he created the “Sauvageonne” in Collaboration with René Mathieu, Michelin starred chef who was named twice best chef in the world for plant based cooking. Among his creations was the first commercialised classic IPA of Luxembourg, the original Mellis beer in collaboration with Mellis Schnapps, the first wild hop beer and his Brewers course project the famous Black Widow.

With his experience and thirst for tasty beers, expect exciting new launches. Look out for events like The Kirchbeier Craft beer festival that Wolff Brewing also organises. His intentions for the future are to provide Luxembourg with a full range of sustainable beers with a consistent high quality. The Wolff Bar is just around the corner!

The launch of Wolff brewing started with a classic IPA at 6% ABV called Natural Selection IPA and a Session IPA at only 4,1 % ABV, appropriately called Wanderlust Session. These are the flagship beers of the new brewery as they go with any season and almost anytime of the day so they are available all year round. Shortly after the Rosa Luxembourg was relaunched by Cerveza Sant Jordi with Wolff Brewing Co. as an international collaboration.

Their website is under construction at time of writing, but online in a couple of weeks.

Yes. It can be slightly more difficult than you might expect to get your hands on beers from smaller breweries in Luxembourg, so don't expect to find them in every shop, bar, pub, or restaurant. Artisan'Ale (30 rue de Clausen, L-1342, Luxembourg City) is a good place to start if you want to buy bottles for drinking at home.

In contacting the breweries for this article, several of them mentioned a few specific venues that often stock their beers:

Several readers have also been in touch with further recommendations:

This is certainly not an exhaustive list, but names that came up a few times. If you've got a venue or two that you think belongs on the list, we'd be happy to add it - just pop an e-mail off to contenttoday@rtl.lu. Cheers!

Places that are no more