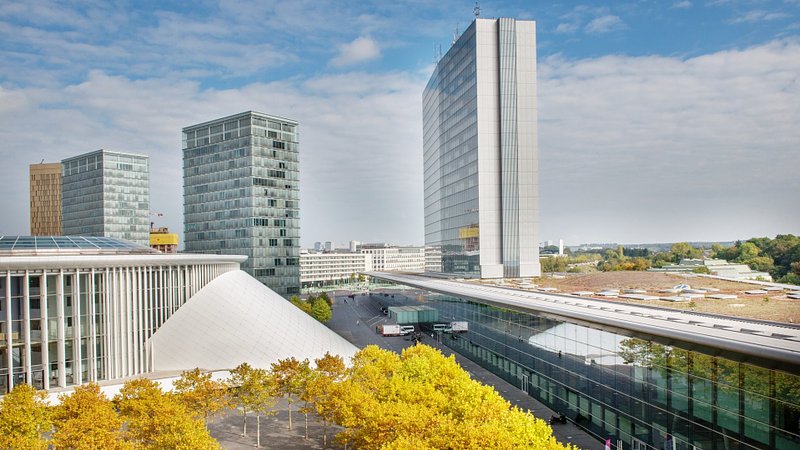 Let us start with an important point about the country's name: It doesn't derive from the word “Luxury” which might come to mind...

...especially, when strolling through the Ville Haute shopping streets.

In the year 963 a Carolingian count by the name of Siegfrid acquired a rocky promontory overhanging the valley of the river Alzette from an abbey in Trier. A small stronghold, in Germanic called “Lucilinburhuc", was situated there at that time. It was probably of Roman origin. Voila, that already sounds a little bit like Luxembourg and it was the first time that the name of Luxembourg officially appeared in history. The old Germanic name means “little castle” and the stronghold then quickly developed into a city, the name was passed on and changed to “Lützelburg” and from the 19th century on to Luxemburg.

This is one of the oldest official documentation of Luxembourg from 1649, it shows the view of Luxembourg City by Dutch artist and cartographer Joan Blaeu. 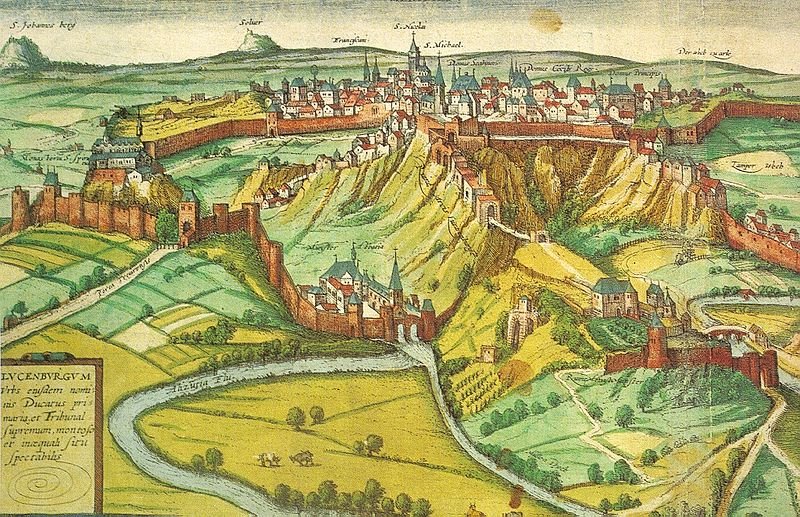 The country's capital and its surroundings are a superb example of the juxtaposition between the old and the new as well as between natural and man-made.

There are many faces to this city, the city centre full of small, old buildings and leftovers of its medieval past, the valleys of Petrusse and Alzette and finally Kirchberg, the country’s financial centre and home of glass skyscrapers and big avenues. 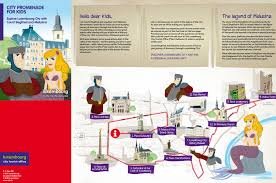 Whether you are a local or just visiting, the Luxembourg City Promenade for kids is a fun way to learn more about the ancient fortress city. It is particularly interesting for school-aged kids, as they can be totally involved in this adventure. Equipped with a booklet handed out by the City Centre Tourist information, the walk leaves from Place Guillaume II and covers 11 main attractions, including the Luxembourg City History Museum, the Notre Dame Cathedral and the Grand Ducal Palace.

During the tour kids collect clues to create a special code. At the end of the tour, this code opens a safe at the tourist office in the centre and kids will be rewarded with a little surprise for their efforts. 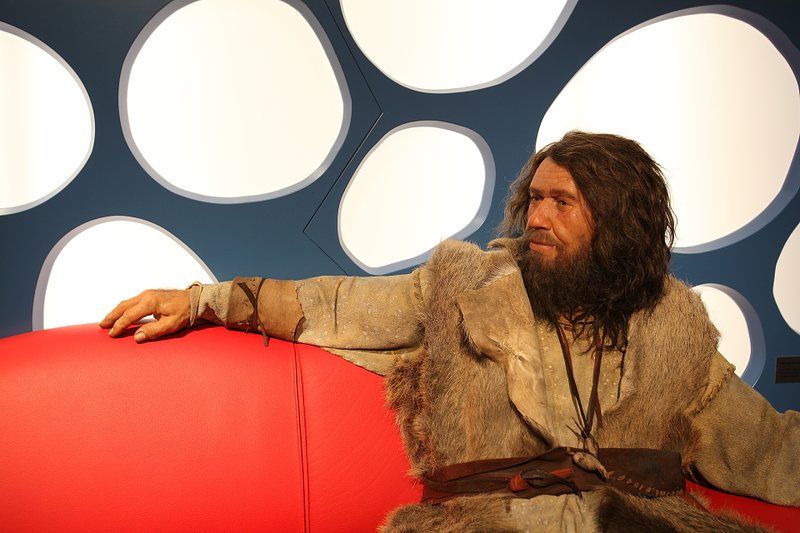 The first official Luxembourger “The Loschbour man" lived over 8,000 years ago, making the skeleton the oldest completely preserved skeleton of a Luxembourger found in the country. In 1935, teacher and amateur pre-historian Nicolas Thill was digging beneath the sandstone shelters of Müllerthal when he came upon the human skeleton. It was accompanied by a few objects that seem to indicate a regular burial. You can see the skeleton and a 3 D reconstruction of the man at the National history museum.

When sitting next to him on the red sofa at the entrance, you will probably not notice immediately that you have just met the very first official Luxembourger! 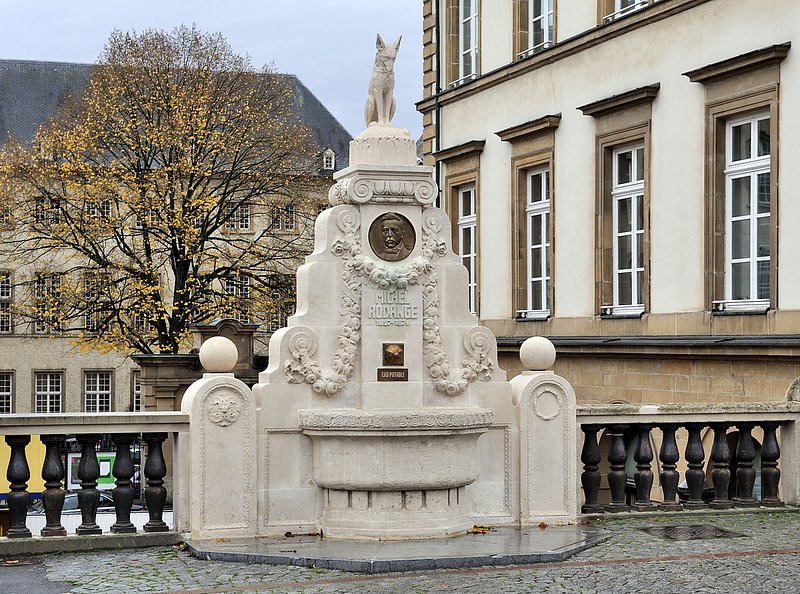 Michel Rodange (1827-1876) was a Luxembourgish writer who only made it to fame after his death in 1876. His most notable work  “Renert”,  was published in 1872. It is a satirical work which was adapted from Goethe´s work “Reineke Fuchs” to a setting in Luxembourg. In this work, Rodange reckons with the unique characteristics of the people of Luxembourg, and almost all of the allusions could be linked to specific people living at that time. His insightful analyses (press censorship, paedophilia in church and exorcism where just some of his topics) meant that he was banished from the Luxembourgish society, working as a casual worker and dying from the consequences of a stomach ulcer. It was only in the year 1932 that his work was honoured with the monument displaying a fox, the protagonist of “Renert” at Place Guillaume II. 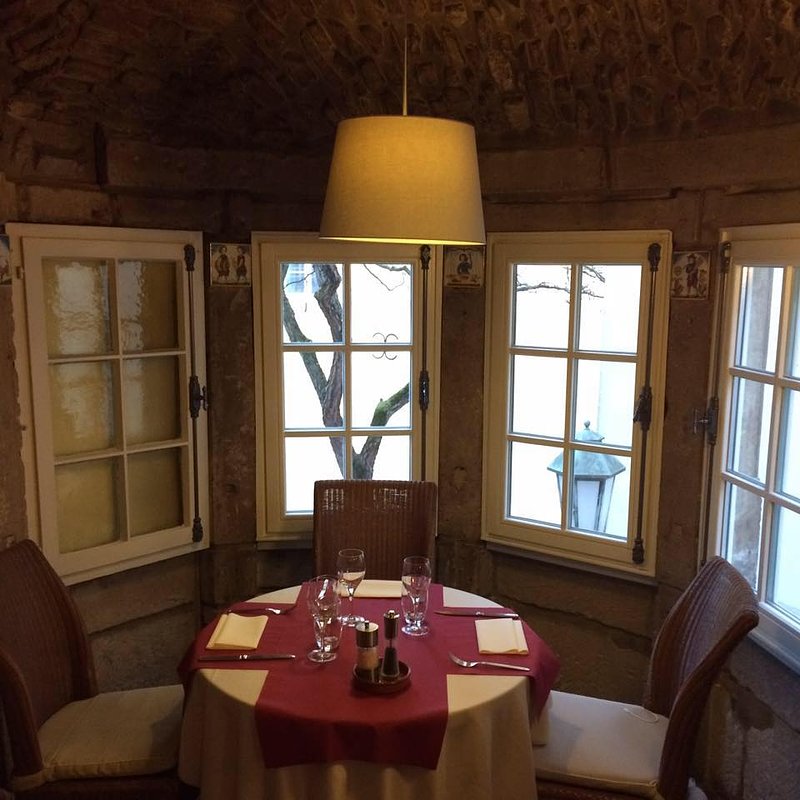 If you haven´t done so, you might want to delve into Luxembourgish specialties served in medieval flair at Restaurant “Am Tiirmschen” in the city centre.  “Bouneschlupp mat Mettwurst” or "Feierstengszalot", aka the traditional green bean soup or meat salad are just a few of the delicacies on their menu.

If the weather allows, enjoy your food on the magnificent terrace. 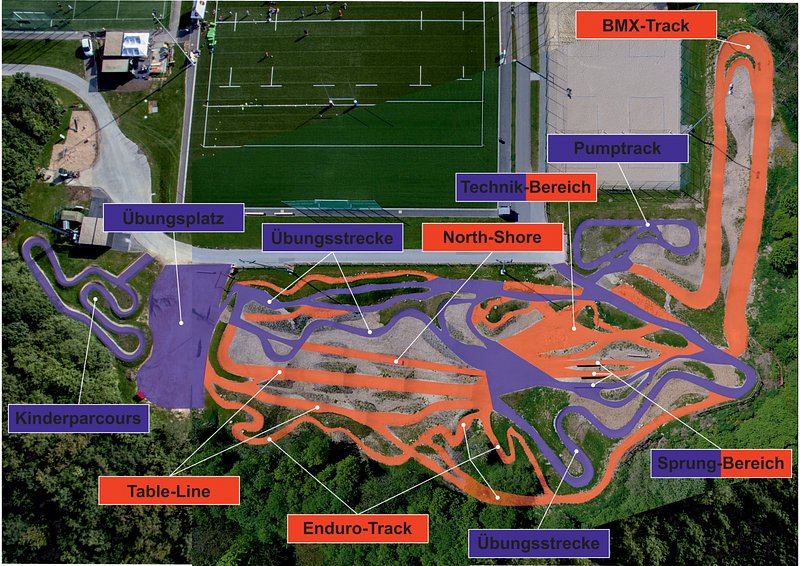 The Boy Konen Bike park in Cessange offers a wide range of mountain bike tracks and features such as tabletop, endure track or BMX track, to name just a few. A paradise for bikers who have to be 6 years old. On the terrain of the sports complex you can also find a big beach volleyball field and football fields. 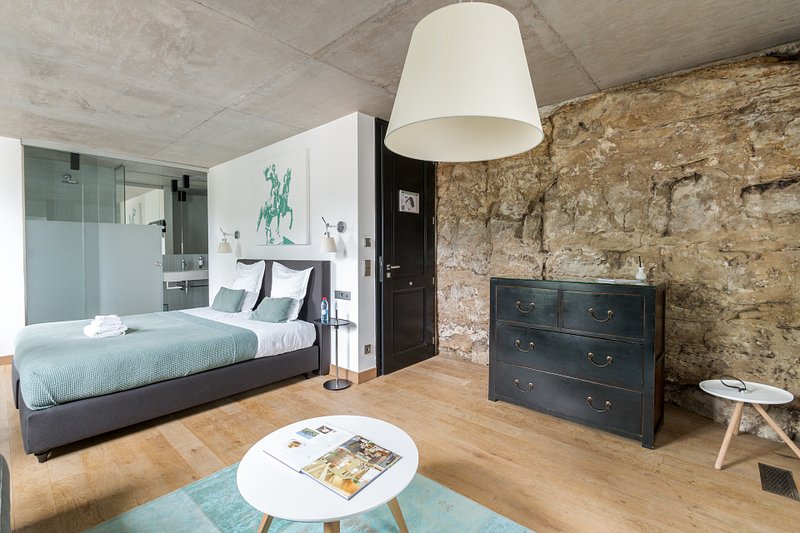 “Pipistrelle” is the Italian word for bat and it is the name of a little boutique hotel in Grund. The owners choose the name for their hotel because the hotel´s  4  suites are nestling in a rock that used to be part of the ramparts of the former fortress city of Luxembourg , which several bat species used to call their home.

Walk by a gunpowder factory and discover the area around Atelier Schläifmillen, where the artists, former home squatters, get to work. 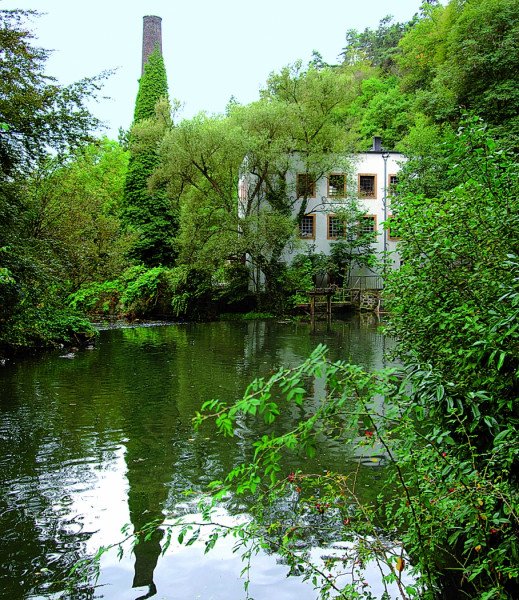 The Bonnevoie circular walk starts near the bridge over the Alzette and you will quickly enter the forest. Enjoy some sights of the Upper Old Town and the tiny “Polvermillen” quarter.  The neighbourhood got its name because of an old mill which produced gunpowder during the fortress times. You will walk along the Alzette towards “Schlaifmillen”, which is a former textile factory that has been partially turned into a place of artistic creation. The project Schläifmillen was born in 1986, when a group of artists lacking appropriate structures - a problem many artists still face – decided to occupy the decommissioned industrial premises.

The current mayor of Luxembourg City, Lydie Polfer, who held the same position at the time, decided to support the project and granted the collective of artists access to the classified site- for free! 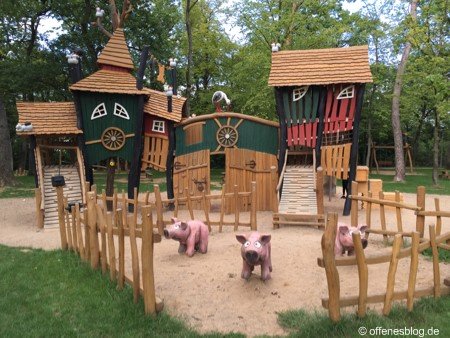 Most of you will probably know the famous “Piratescheff” close to the city center but there are many other playgrounds to explore: How about the Airport themed park in Cents? With a check-in, baggage trolleys, departures and arrivals, kids can immerse in the world of flying and the authentic sound and sight of the real planes that fly from the nearby airport create the perfect illusion! 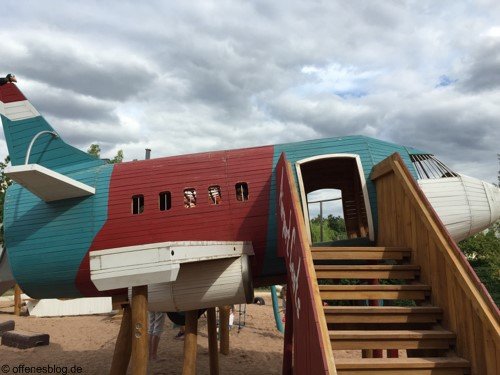 The space theme playground in Bonnevoie seems to be from a different world. Apart from the huge spaceship, this park offers a Ping-Pong table, a bowling alley, a fitness area and a place to play chess in case you fancy something quieter. For warmer weather, this park has some water features as well.

Another one to mention is the farm-themed park in Gasperich. The playground´s central piece is the wobbly looking barn with a muddy pig sty, bridges, ropes and slides completed with the obligatory tractor, horse and cart and several wooden farm animals.

You can find the complete list of the themed playgrounds here. 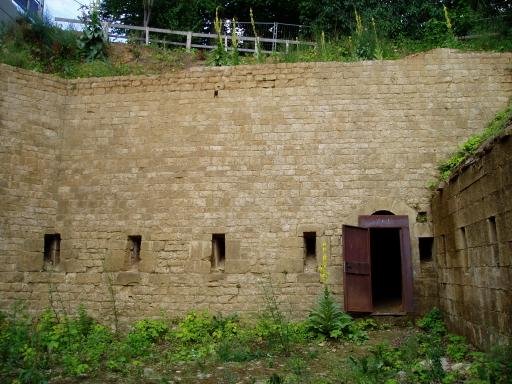 You might have noticed the locked green gates that are spread across the city centre (and in other places too) and maybe you have wondered where they lead to. 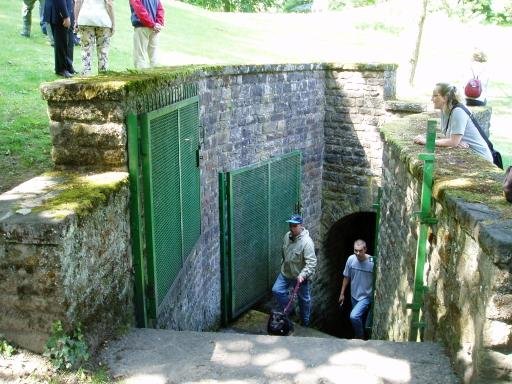 Many of them connect the outside world with the rest of the defence system of the fortification and it is possible to access them. The “friends of the history of the Fortress”
regularly offer guided tours to the galleries, which initially were carved in the 17th century under Spanish rule and subsequently extended twice. The tours are usually in Luxembourgish but on request they can also be in English. 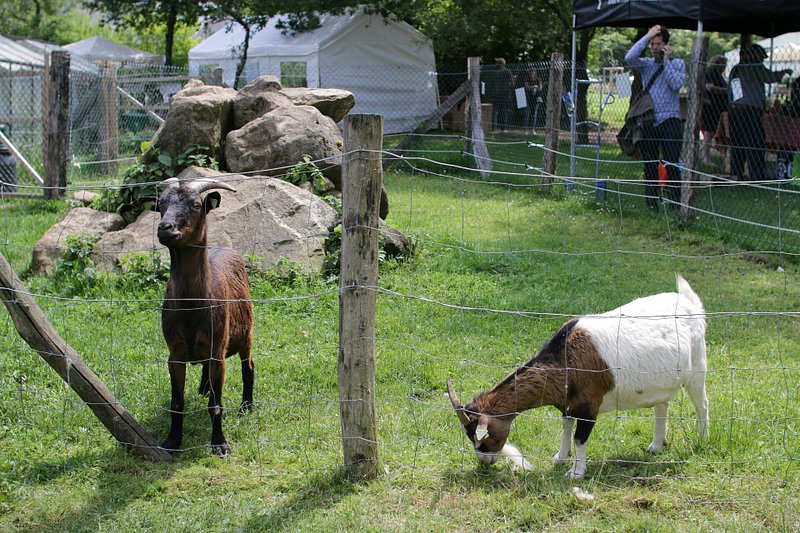 The “Haus vun der Natur“ offers advice on everything related to the protection of Mother Nature (landscaping, protection of native animal and plant species, natural and environmental laws). The centre is situated in an old farm, which 5 families called their home until it was purchased by the city in 1953. Kids and adults can enjoy the Mini Farm, the beehive, and several activities. For example, they can bake their own flatbread in a clay oven and create sour cream with herbs that they have collected by themselves in the garden. The next time that this workshop will take place is on 21 July.

Visitors can explore their project 2000 m2 , which demonstrates the connection between our eating habits, agriculture and environmental protection on a cultivated field in front of the center. A farm cart at the field carries the harvest and guests of the “Haus vun der Natur” are invited to take some vegetables along, this of course only while stocks lasts. 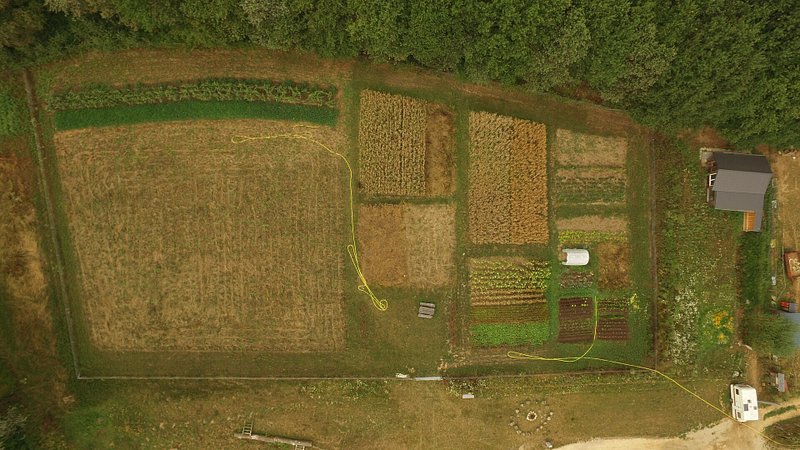 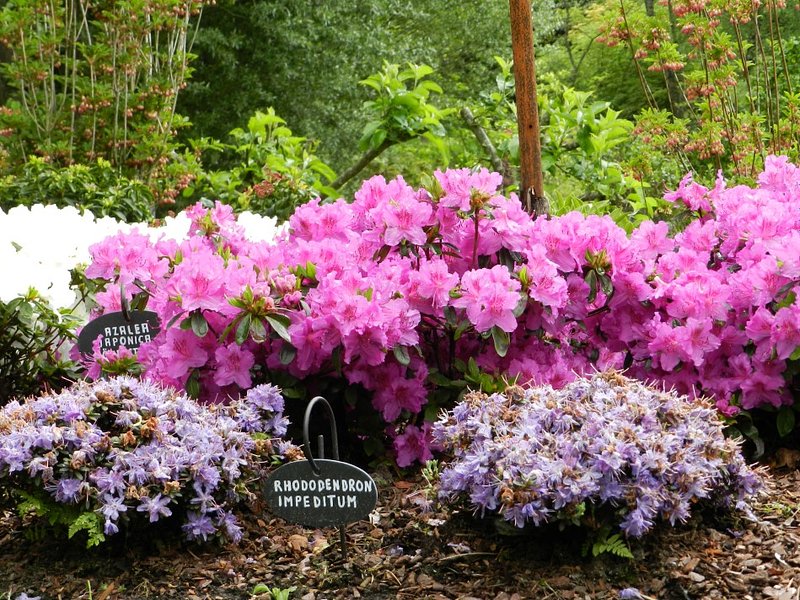 You need to have a bit of luck to get a hold of one of the allotments of “Gaart an heem” but once you have succeeded, it´s worth it: You can grow your own fruit, vegetables or flowers in the garden plots that are scattered across the country with many of them around the City center. 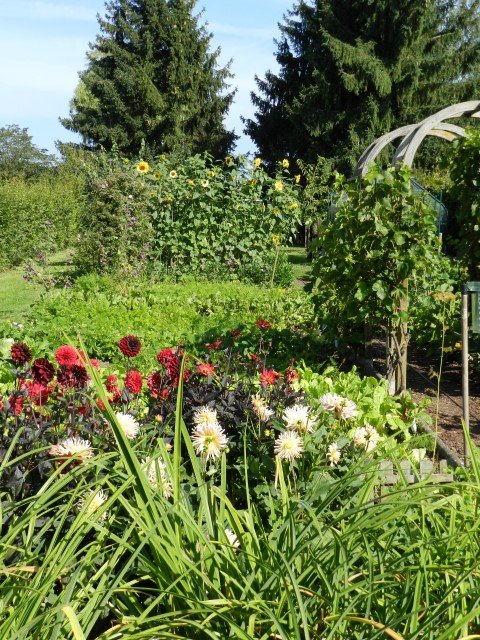 You can see where they are located here and for more information you can get in touch with administratioun@ctf.lu.

Please note that due to the COVID -19 situation sudden changes may occur, please double-check the information on the respective websites.