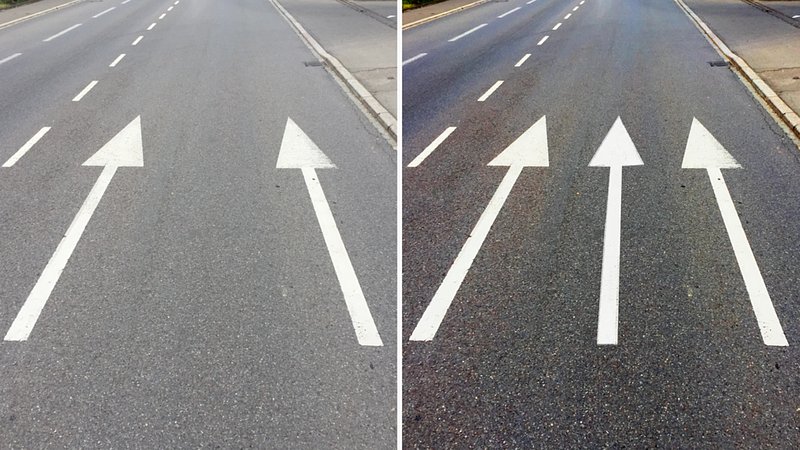 Demonstrating the spirit of Luxembourg’s motto “Let’s make it happen,” a VDL road engineer has won a challenge to fit another traffic lane into the already cramped Route d’Arlon.

According to witnesses, Lorenzo Donini, 53, was enjoying a beer with fellow civil engineers last week when they began discussing the often congested artery that connects Luxembourg City to Strassen, used by thousands of commuters to enter and exit the city.

When a young member of the group said the only solution would be to divert traffic elsewhere, build more park-and-ride garages, or widen the road, Donini sniggered.

“You young engineers have no imagination and think only of spending money,” he said, according to one account. “We can just add another lane and be done with it.”

“Impossible,” said another engineer. “I’ll bet you 10 cases of Super Bock you can’t do it.”

“You’re on,” Donini said and rushed home, where his children later reported he locked himself in his office and got to work, the wild scratching of pencil on blueprint remaining audible late into the night.

By morning, a red-eyed Donini emerged and claimed victory, saying the feat would soon be accomplished.

Officials who examined the proposal were quick to praise it, suggesting it could decrease congestion on the road by as much as 25 percent.

“The plan is totally feasible, as it requires nothing more than a single night’s work and the purchase of 50 to 100 large stickers, or a dozen cans of paint, whichever is cheaper,” said a VDL spokesperson.

Donini later described how he found inspiration for the changes. “To find the way forward, you need only to look backwards. Route d’Arlon used to have a one lane going toward Strassen, so we painted a new column of white arrows next to the existing ones, and abracadabra, there were two lanes. Now we’ll have three. If we need more tomorrow, we’ll know what to do.”