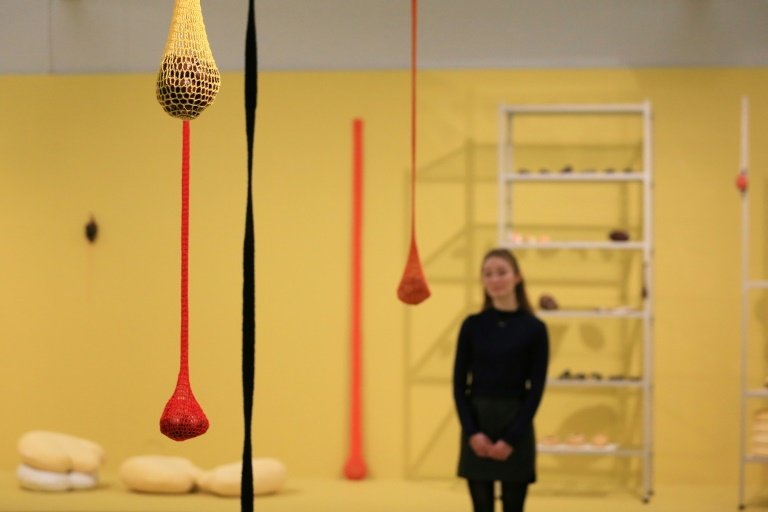 British artist Veronica Ryan on Wednesday won the prestigious Turner Prize for her installations focused on the Windrush Generation and Covid.

Ryan, 66, won the £25,000 ($33,000, 30,000 euros) prize for contemporary art for marble and bronze sculptures placed on a street in Hackney, east London, that depict tropical fruits from the Caribbean -- custard apple, breadfruit and soursop.

This was a public commission to commemorate the importance of Windrush generations of immigrants to the area.

She also won for her first major solo exhibition in Bristol in west England called "Along a Spectrum", which reflected on themes including the impact of the pandemic.

"I want to thank everybody, I have a few people who in my career have looked out for me, when I wasn't visible," Ryan told the audience at the prizegiving in Liverpool.

Born in Montserrat, Ryan studied in the UK at the Slade School of Fine Art in London. Her work is known for its depiction of natural forms such as fruit, seeds and plants. She lives between New York and Bristol.

The Turner Prize, first awarded in 1984, has courted headlines because of installations including an unmade bed and works made from elephant dung and human hair.

The prize used to be awarded to emerging British artists under 50, but the age limit was later lifted.

Helen Legg, the director of Tate Liverpool and co-chairman of the Turner Prize jury, said the jury thought it was the right time to recognise Ryan's practice as they felt she was "making the strongest work" of her career.

"I've been around a long time," Ryan told the audience.

The Art Newspaper reported that she was the prize's oldest ever winner.

This year had an all-women shortlist.

Liverpool musician Holly Johnson, presenting the prize said: "It's about time after the years of misogyny in the art world where women were only good for baring their breasts and lying on couches".

Nominees included Heather Phillipson, best known in Britain for her artwork displayed in London's Trafalgar Square of a giant swirl of replica whipped cream, topped with a sculpted cherry, fly and drone.

The Guardian art critic Jonathan Jones wrote that Ryan was a "sensational" choice and this was "the first Turner prize in years worth caring about".